Elias Pieter van Bommel trained at the Rijksakademie in Amsterdam and with the slightly older Amsterdam landscape painter George Andries Roth. Whereas he started by painting landscapes, influenced by the work of his teacher, he later switched to finely detailed townscapes populated with figures. Cities such as Rotterdam, Dordrecht and Amsterdam served as sources of inspiration, and he also made study trips through Belgium, Germany, France and Italy. 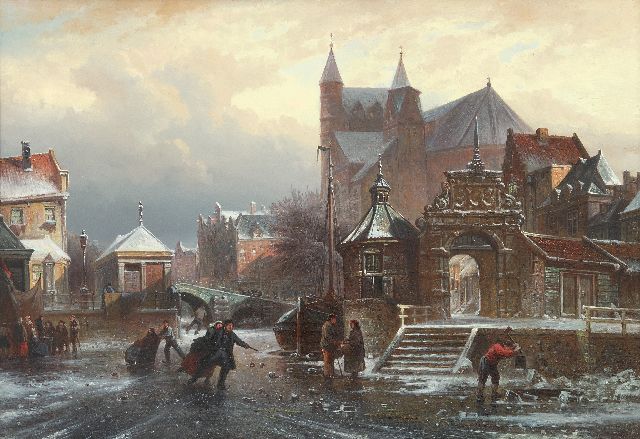 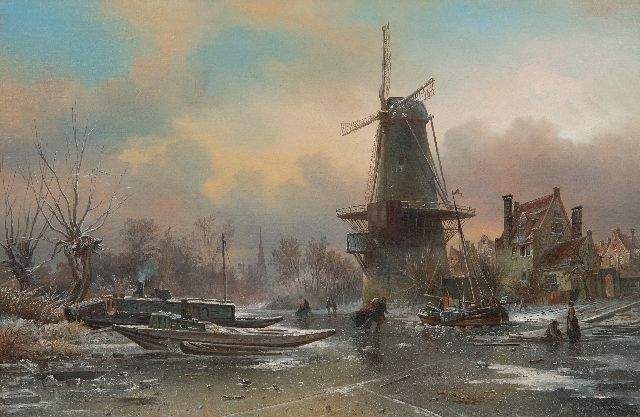 Skaters on a frozen canal near a windmill, 1870 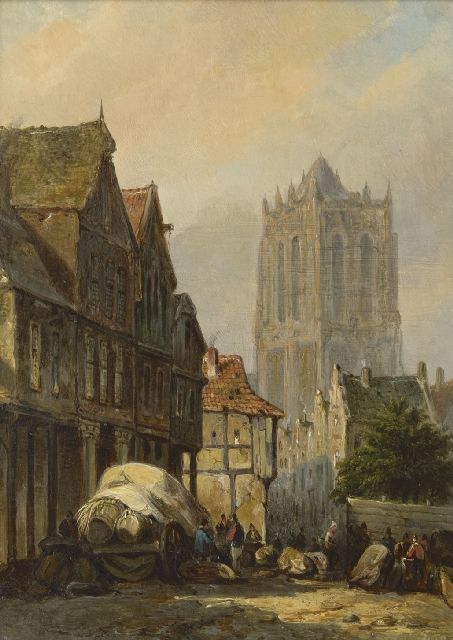 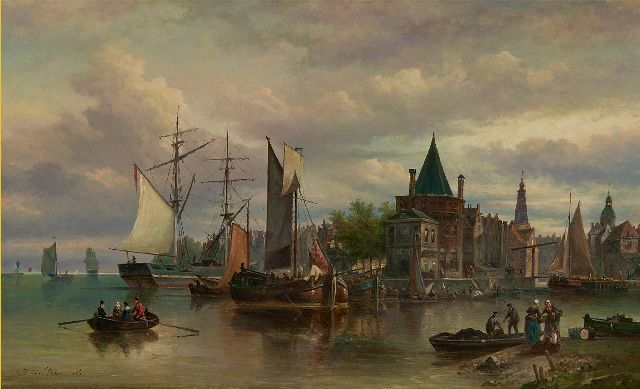 Capriccio of Amsterdam with the Schreierstoren 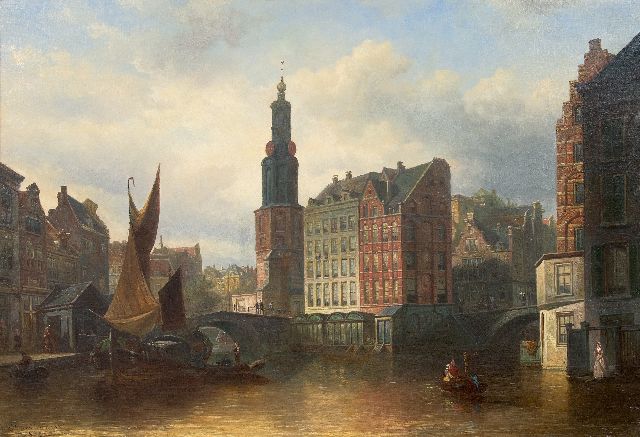 View of the Munttoren, Amsterdam, 1883 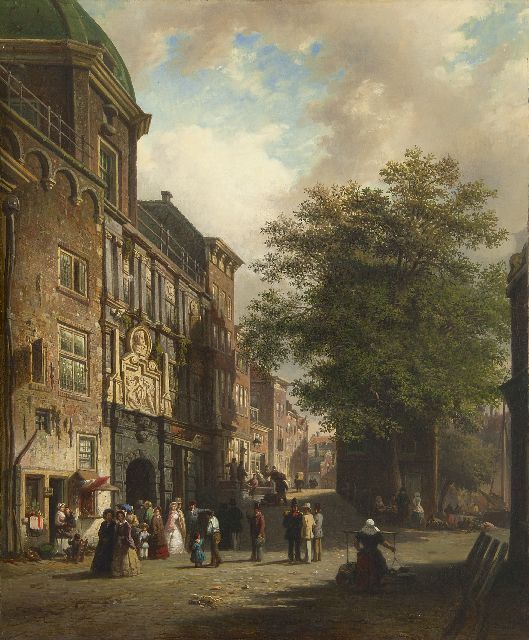 A view of the The Groothoofdspoort, Dordrecht 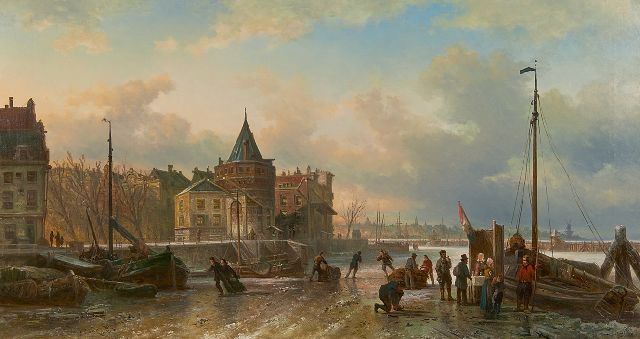 On the ice near the Schreierstoren, Amsterdam, 1883 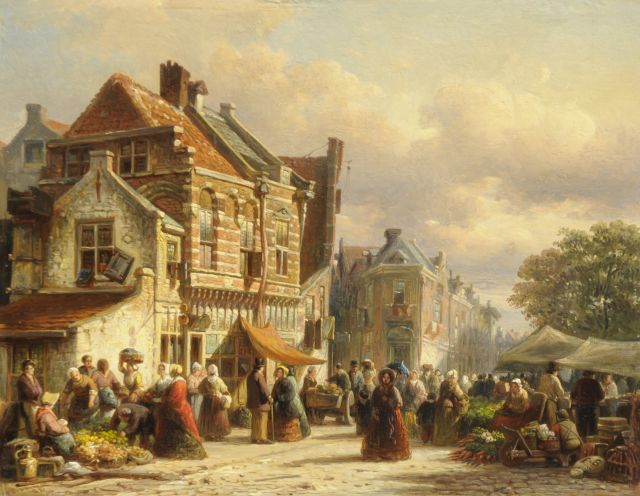 A vegetable market in a Dutch town, 1852 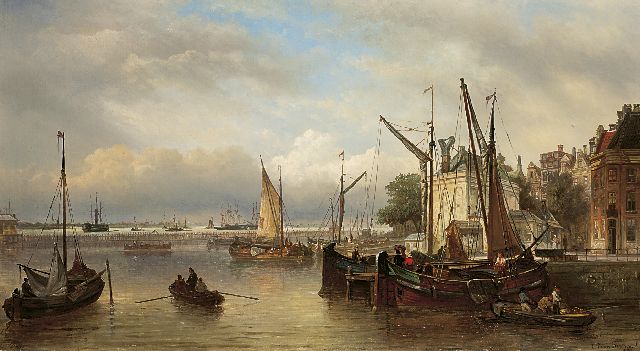 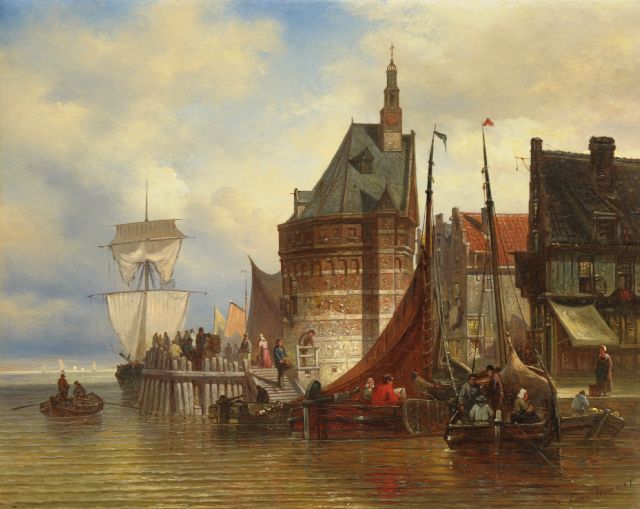 Moored sailing vessels near the Hoofdtoren of Hoorn, 1877 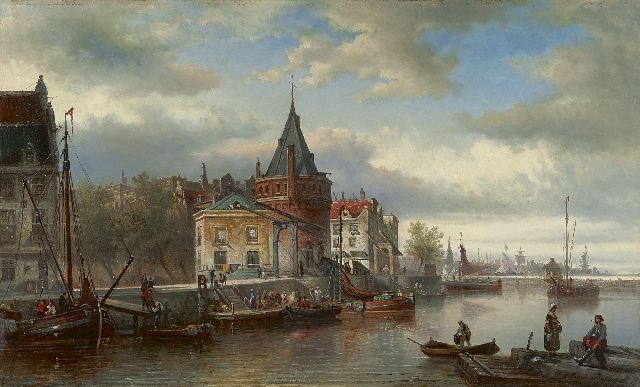 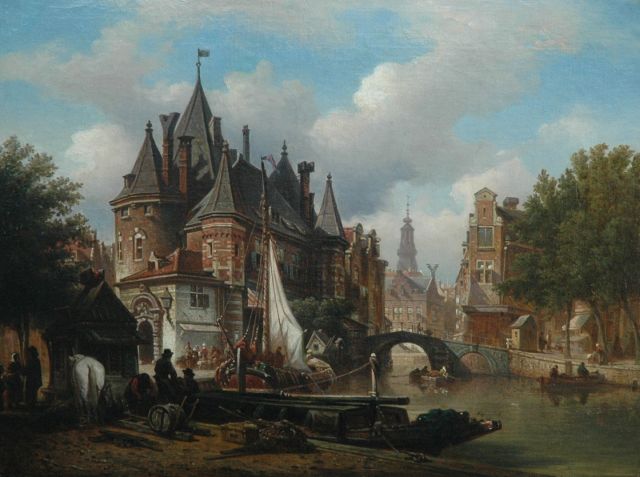 A Dutch town view with De Waag, Amsterdam and the Zuiderkerkstoren 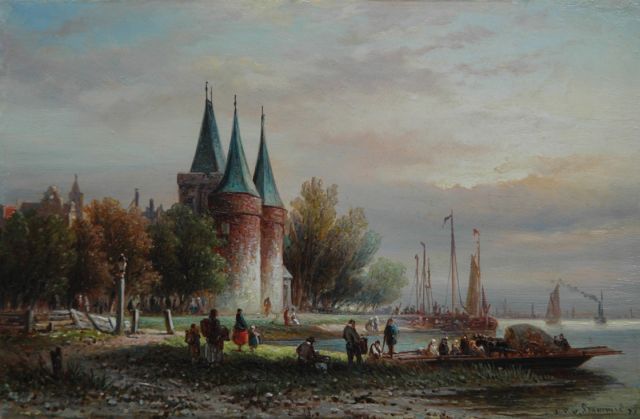 Figures around the Koornmarktspoort, Kampen, 1873 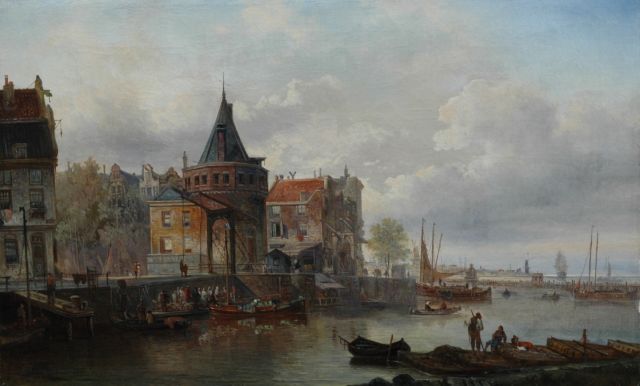 A view of the Scheierstoen, Amsterdam, 1886 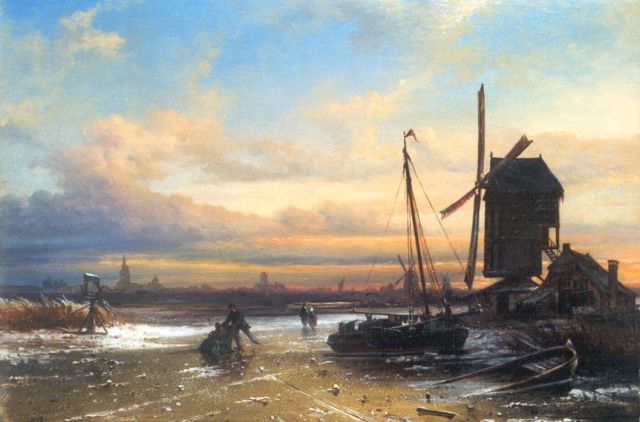 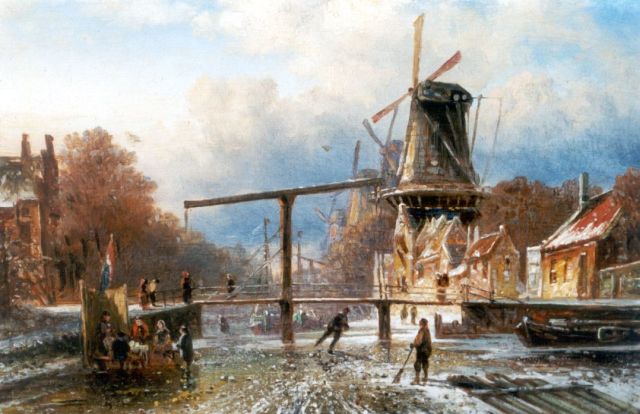 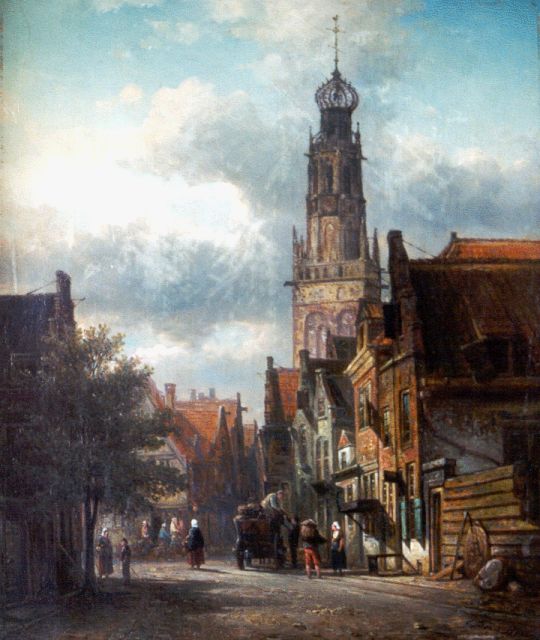 A sunlit street the 'Bakenesserkerk' beyond, Haarlem 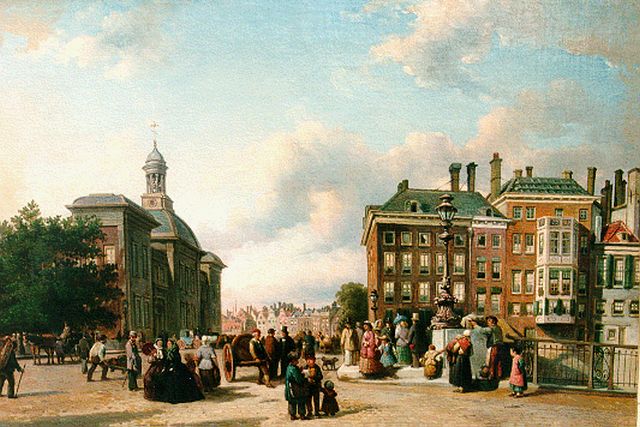