E. Hovy, better known as Elisabeth Adriani-Hovy, was born in 1873 in Amsterdam. There she received her first painting lessons from Ernst Witkamp and Mauritz van der Valk. Then she developed her own lyrical-realistic style. She mainly painted still lifes of flowers and fruits. She also made cityscapes in Utrecht, Amersfoort and Enkhuizen, with an emphasis on the spatial and architectural rather than on narrative elements. Many of her cityscapes were created in the fall and winter, taking advantage of the cool, diffuse light of those seasons. In the 1940s and 1950s she also painted many still lifes. 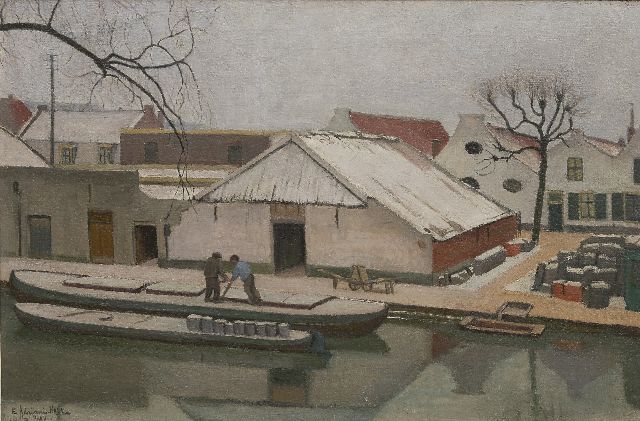 Canal near Utrecht in winter 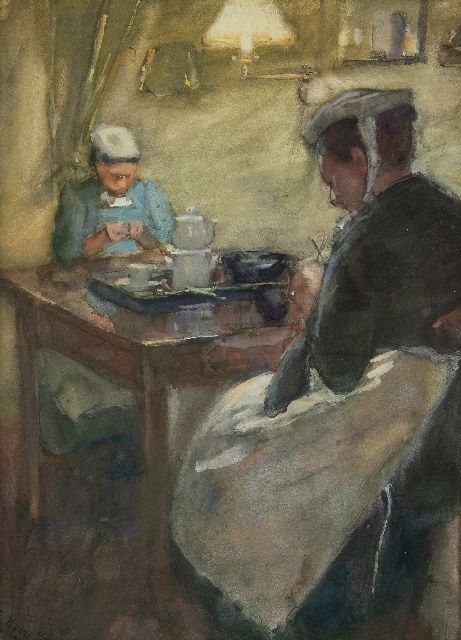