In the Netherlands, a number of very talented female flower and still life painters were active in the 19th century. One of them was Elisabeth Iosetta Hoopstad, watercolourist of flowers and still lifes with fruit and poultry. Little is known about her life. Born as the daughter of a merchant in the Dutch colony Demerary (now part of Guyana) she probably came to Amsterdam around 1810. In 1820 she married the well-known lawyer Everhard Burgklij Glimmer. Although the artist did not have to live from her work, between 1832 and 1840 she frequently participated in the Exhibitions of Living Masters. Often she signed as Burgkly-Glimmer née Hoopstad. The Rijksmuseum in Amsterdam owns a still life of her hand. 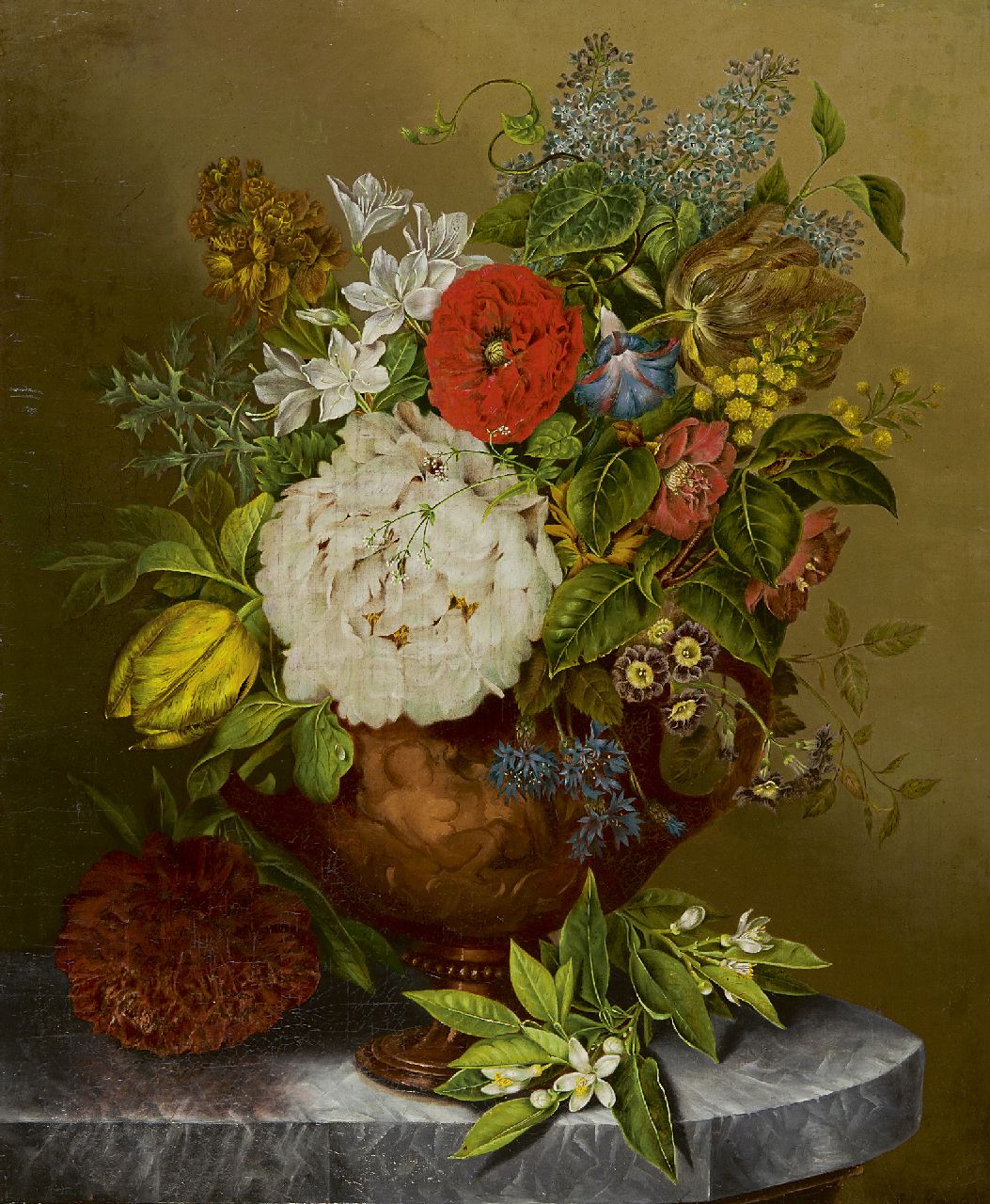 A flower still life in a terracotta vase