The Belgian luminist Emile Claus was born into a humble family in the land of the Leie, a region that would determine his entire life and work. After his training at the academy of Antwerp, Claus became acquainted with Impressionism between 1888 and 1890 during a number of visits to Paris. He then developed with his landscapes and flower gardens shimmering with sunlight into the most important Belgian luminist, who would be an example of young painters well into the twentieth century. In 1904 Claus founded the art circle 'Vie et Lumière' in Brussels. Earlier, in 1886, he moved into a large house on the banks of the Leie. The surrounding landscape, depicted with an emphasis on atmosphere and light, has been his main source of inspiration from then on.

previously for salepaintings by Claus E. 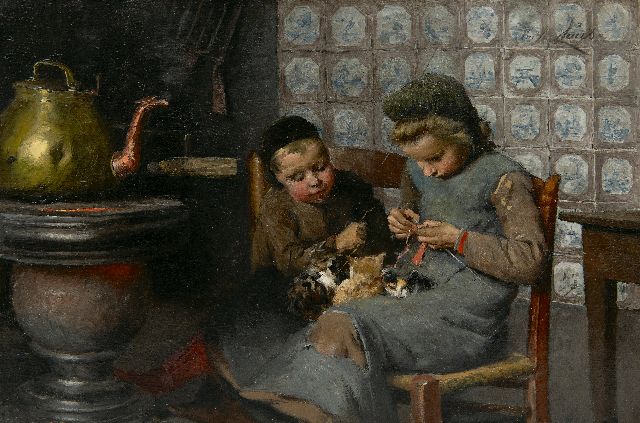 Girls by the stove 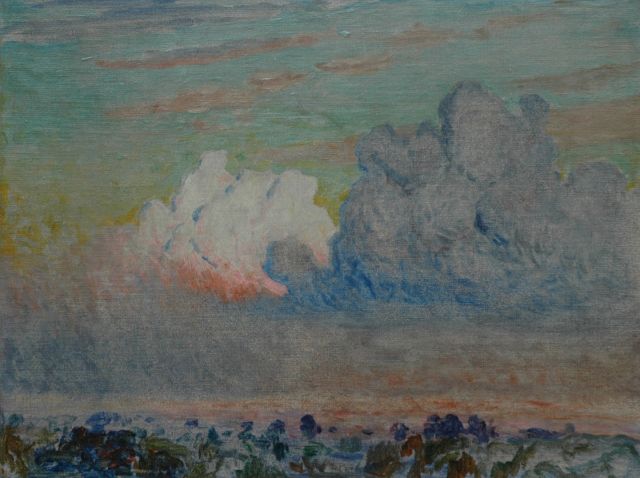