The oeuvre of the Belgian impressionist Emile Thysebaert is very diverse: around 1900, based on a social commitment, he painted folk people, workmen, markets and fishermen, portrayed in powerful brushstrokes and striking colours, but he also painted balls and demi-mondaines. During the interwar period, he chose the dunes, seascapes and tough fishermen around Oostduinkerke and Koksijde as subjects. Thysebaert was trained by Jules Gondry and then, while working in his father's barbershop, studied at the academy in Ghent. He interrupted his studies in 1890 to stay in Paris, where he met André Derain and Henri de Toulouse-Lautrec. After returning to the academy he befriended Georges Minne, Théo van Rysselberghe and others and settled in Brussels in 1900. 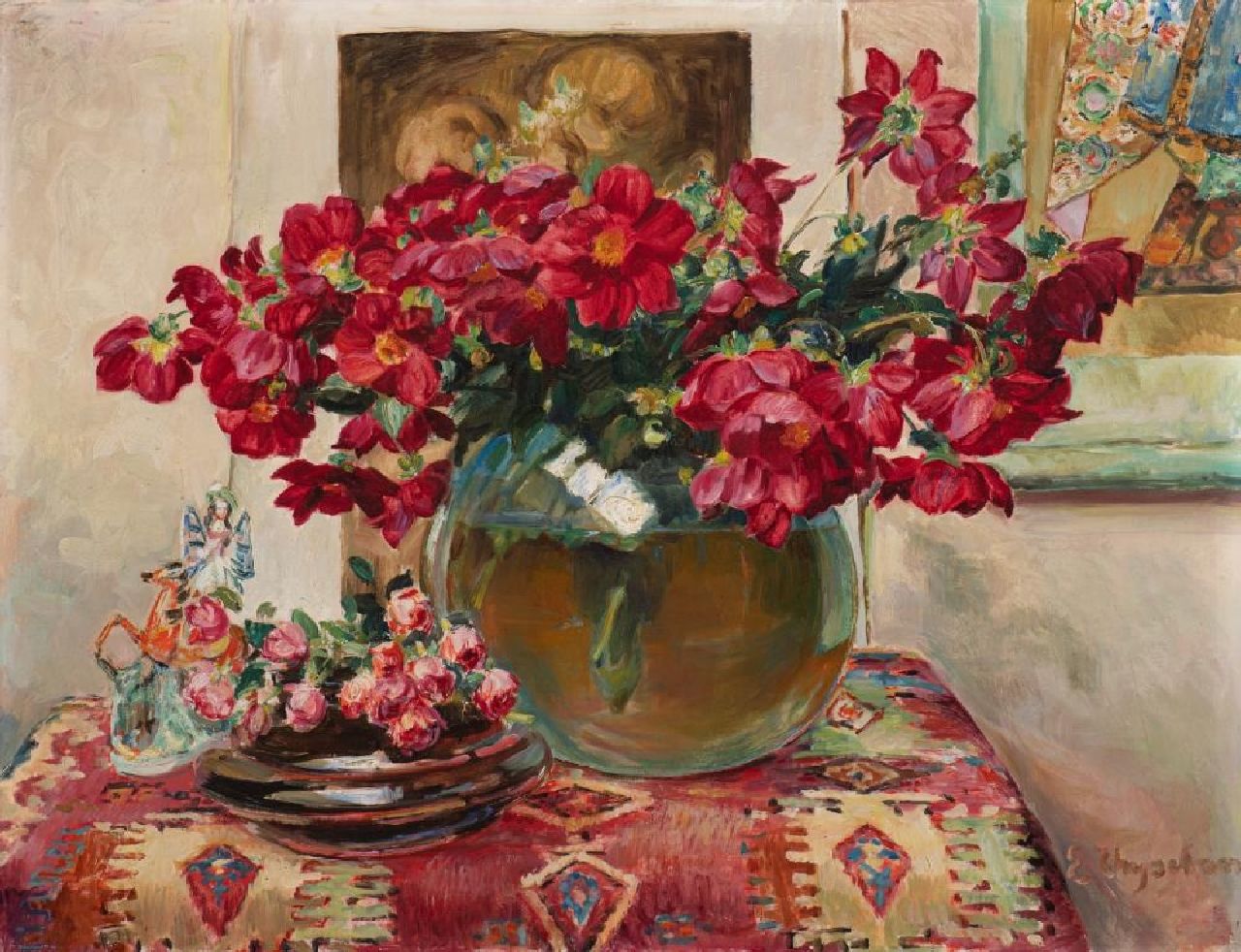 Still life with a vase with dahlias and angel figure

A snapshot in the waves

A date in a restaurant