Sculptor / writer Ernst Barlach was an important German expressionist. He studied at academies in Hamburg, Dresden and Paris, and then worked for some time in Florence. In 1906 he made a trip to Russia, which was of great influence. Barlach then developed his characteristic style: sculptures of human figures, with an emphasis on the face and hands, which often express strong emotions. The rest of the sculpture is abstracted, with expressive lines. Barlach has also written eight stage plays, a novel and an autobiography, and made numerous woodcuts and lithographs. He designed several public monuments and received many awards for his work.

previously for salesculptures by Barlach E. 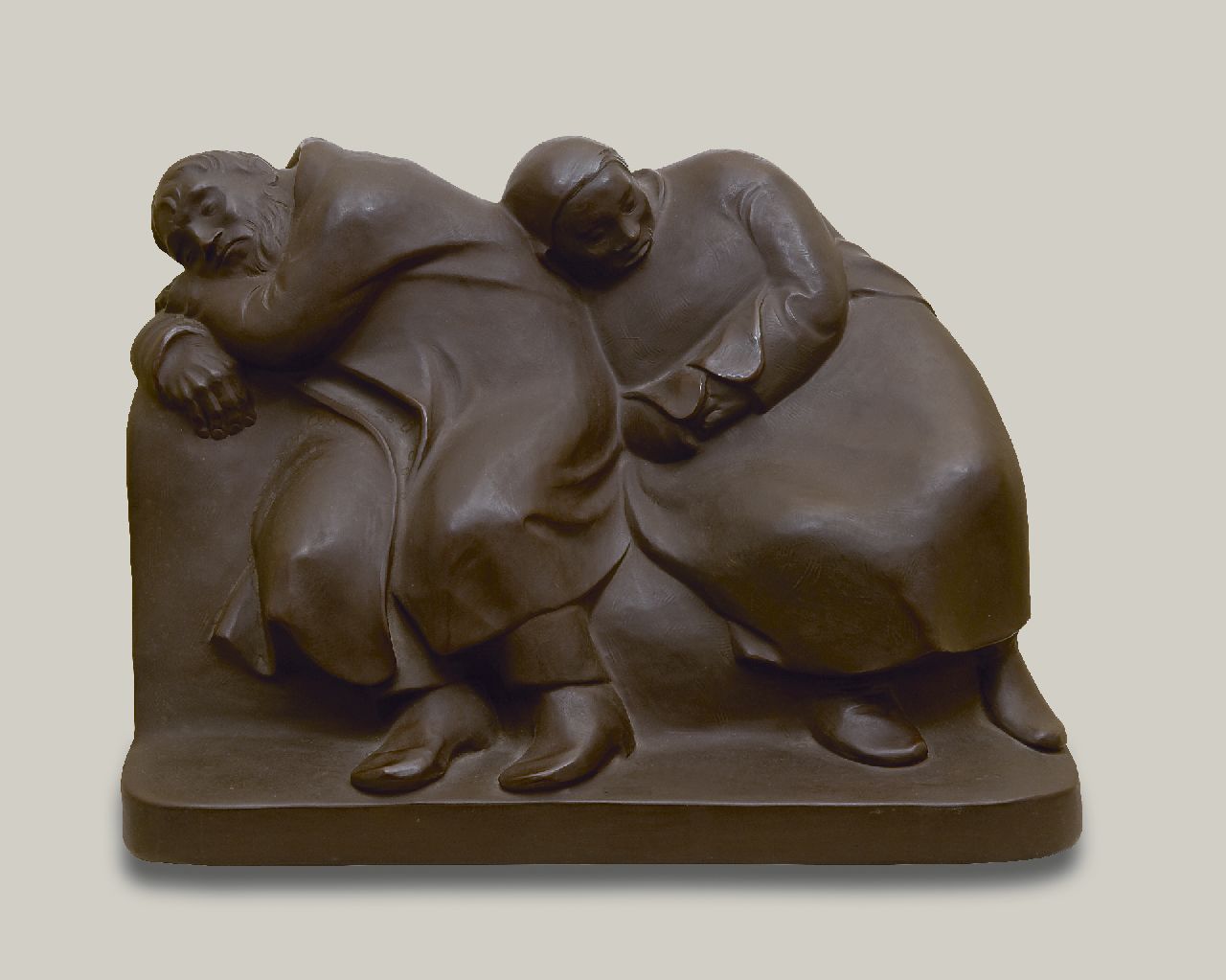