The Belgian Eugeen Joors was a well-known painter of animals and still lifes, which were praised by contemporaries for their 'realism'. Following painters such as Jean-Baptiste Robie, Joors broke with the tradition of carefully arranged fine still life and opted for a more natural arrangement of his flowers. He was also skilled in painting landscapes. Joors painted the famous panorama of the Battle of Waterloo together with the elder Charles Verlat, who, like him, was a professor at the Antwerp Academy. The painter exhibited all over Europe and received many awards, both nationally and internationally. His depictions stand out because of their careful material expression and rich color scheme. Meer over deze brontekstBrontekst vereist voor aanvullende vertaalinformatie Feedback sturen Zijvensters 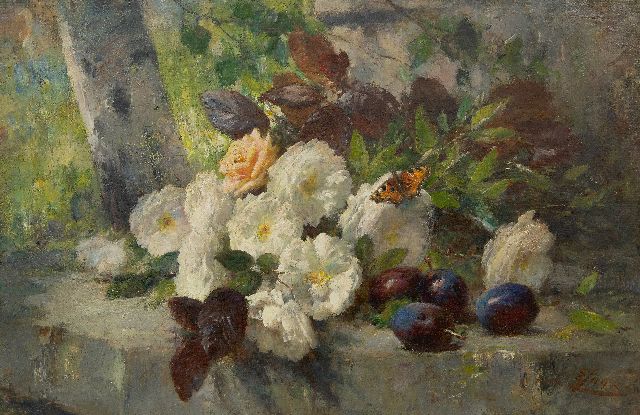 A still life with roses, fruit and a butterfly 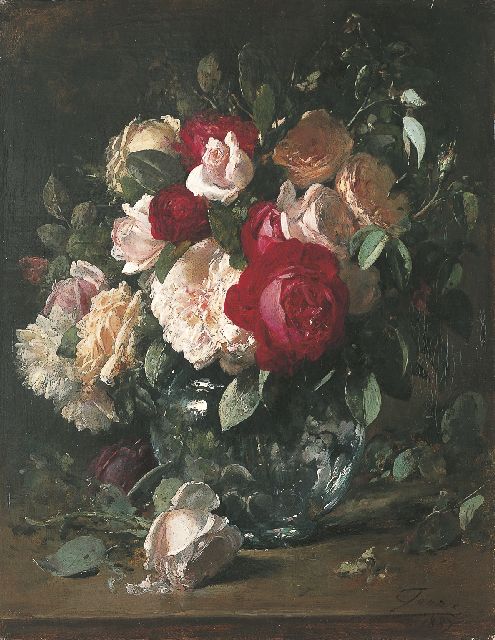 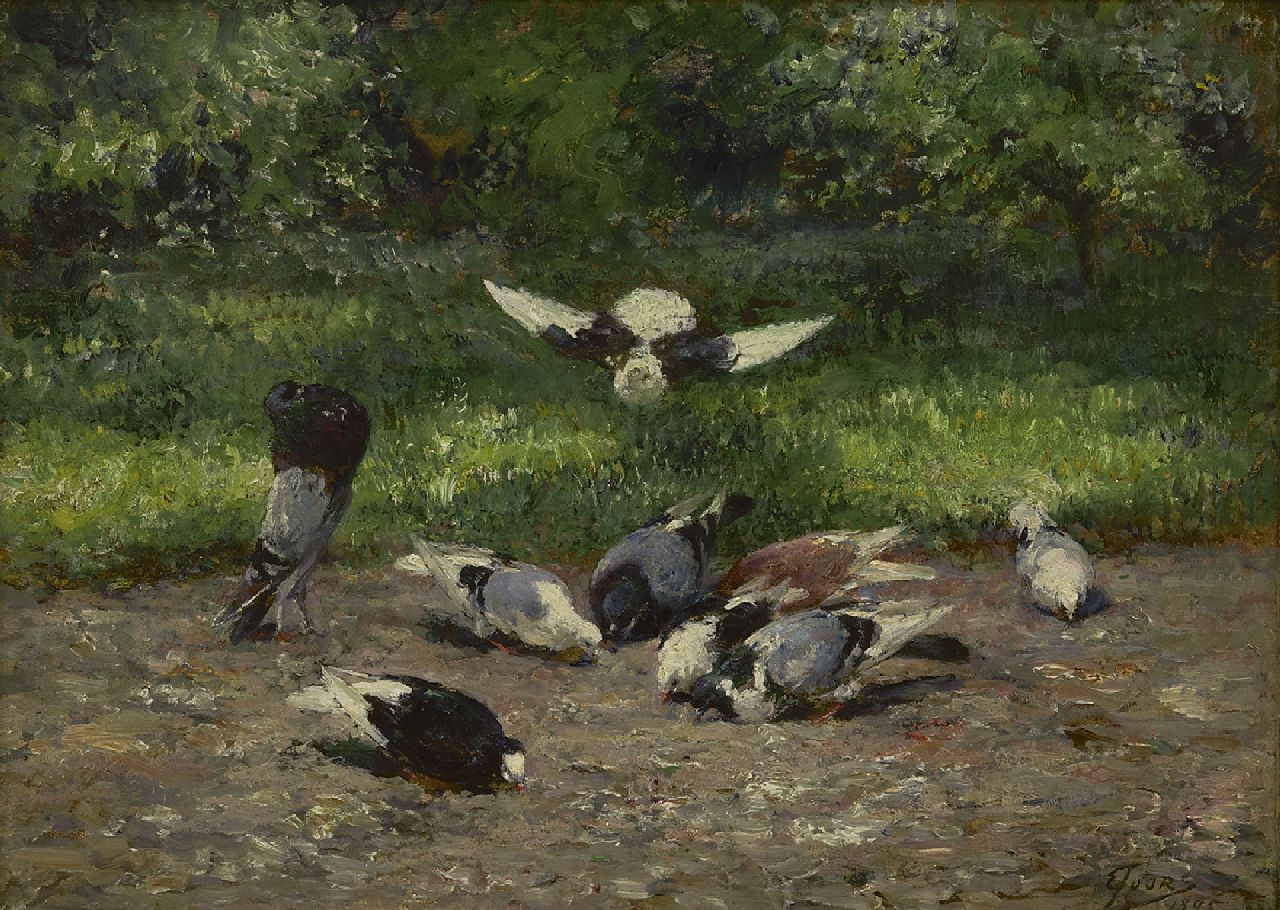