Eugène Boudin, best known for his harbour, coastal and beach views of his native region of Normandy, was among the first French landscape artists to work ‘en plein air’, or directly from nature. In 1873 he first travelled to the Netherlands, persuaded to do so by his fellow painter and friend Jongkind. The similar-minded artists, both precursors of Impressionism, had first met in 1862. A close friendship ensued and together they went on many painting trips along the Normandy coast. On his initial Dutch trip, Boudin visited Rotterdam, The Hague and Scheveningen, places he would return to on several occasions, the last one being in 1890.

previously for salepaintings by Eugène Boudin 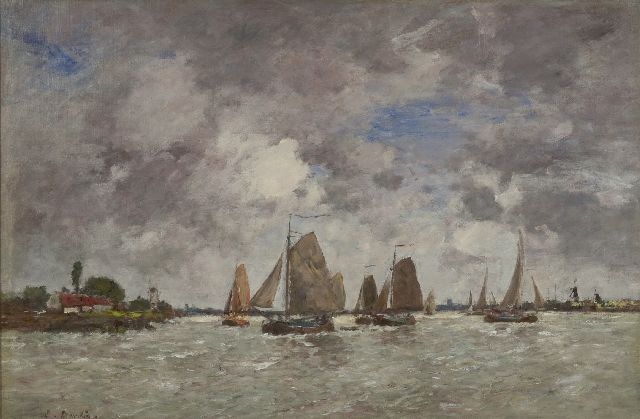 Sailing ships on the Maas 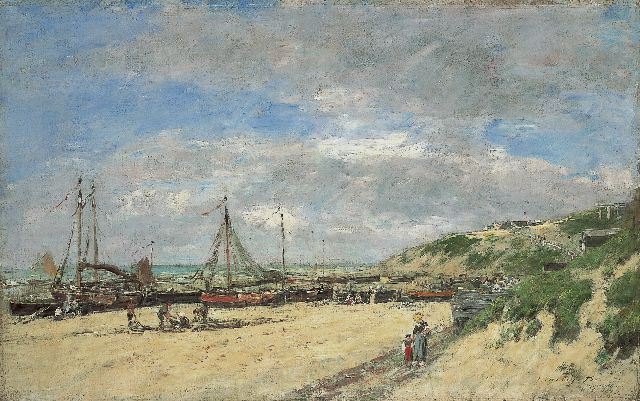