Eugène Fichel is one of the French painters whose genre depictions followed the prevailing popularity of the 18th century. Ernest Meissonnier was his great example in this, but from an early age Fichel already had his own group of admirers. His refined painting technique, correct historical details and the subtle humor that plays a role in his paintings were especially appreciated. The painter lived and worked all his life in Paris, where he received his education at the École des Beaux-Arts. In addition to genre paintings, which he often provided with telling titles, he painted historical scenes and a few portraits. Meer over deze brontekstBrontekst vereist voor aanvullende vertaalinformatie Feedback sturen Zijvensters 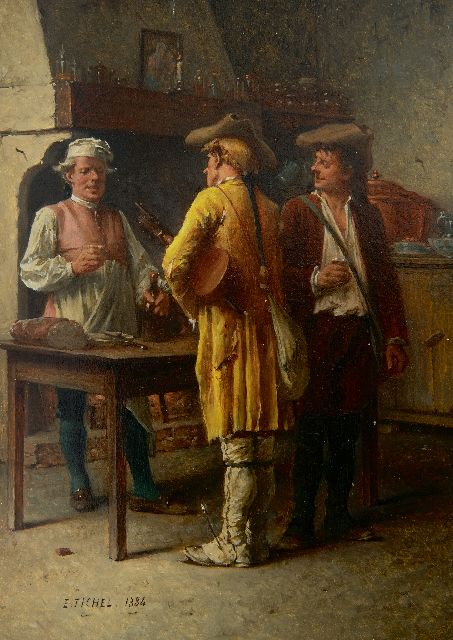 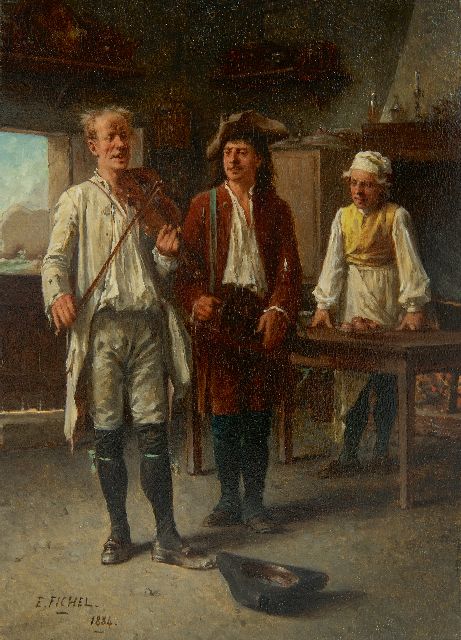 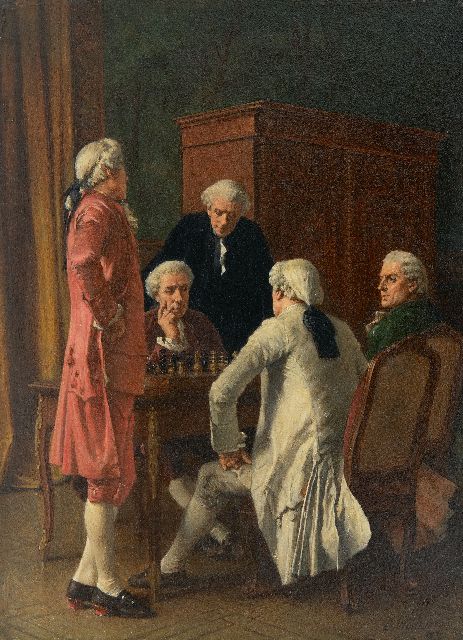