The German artist Ferdinand Götz was very versatile. He painted, designed decors, was furniture designer and drew cartoons. As an illustrator and designer he worked around 1900 for the famous magazine 'Jugend', the name giver of the Jugendstil movement. He also regularly published illustrations in the satirical magazine 'Meggendorfer Blätter', which was released under different names between 1889 and 1928. Götz studied at the Munich Academy under the acclaimed artist Carl von Marr and lived and worked almost his entire life in this city.

for salewatercolours and drawings by Götz F. 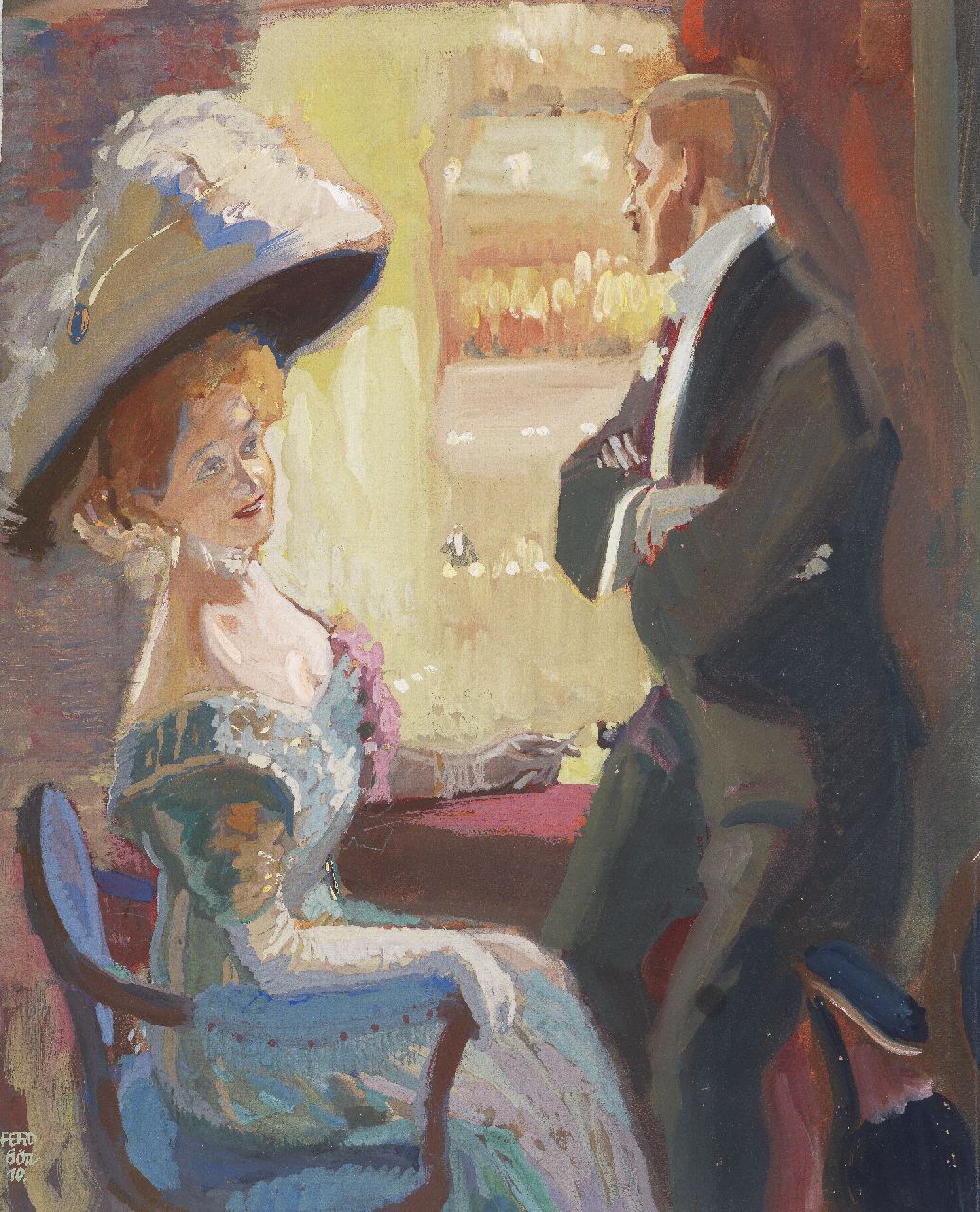