The Belgian artist Fernand Verhaegen has become famous as the painter of Walloon folklore. Born in 1883 near Charleroi, he started his studies in 1900 at the Brussels academy, where he was taught by Emile van Damme and Constant Montald. There he became friends with Rik Wouters and Edgar Tytgat. From 1912 he began to focus on folkloristic themes, with the Marche Sainte-Rolende in Gerpinnes as one of his first subjects. During the war he fled to England, but in 1919 he returned to Brussels where from that time he was part of a lively artist circuit.

for salepaintings by Verhaegen F. 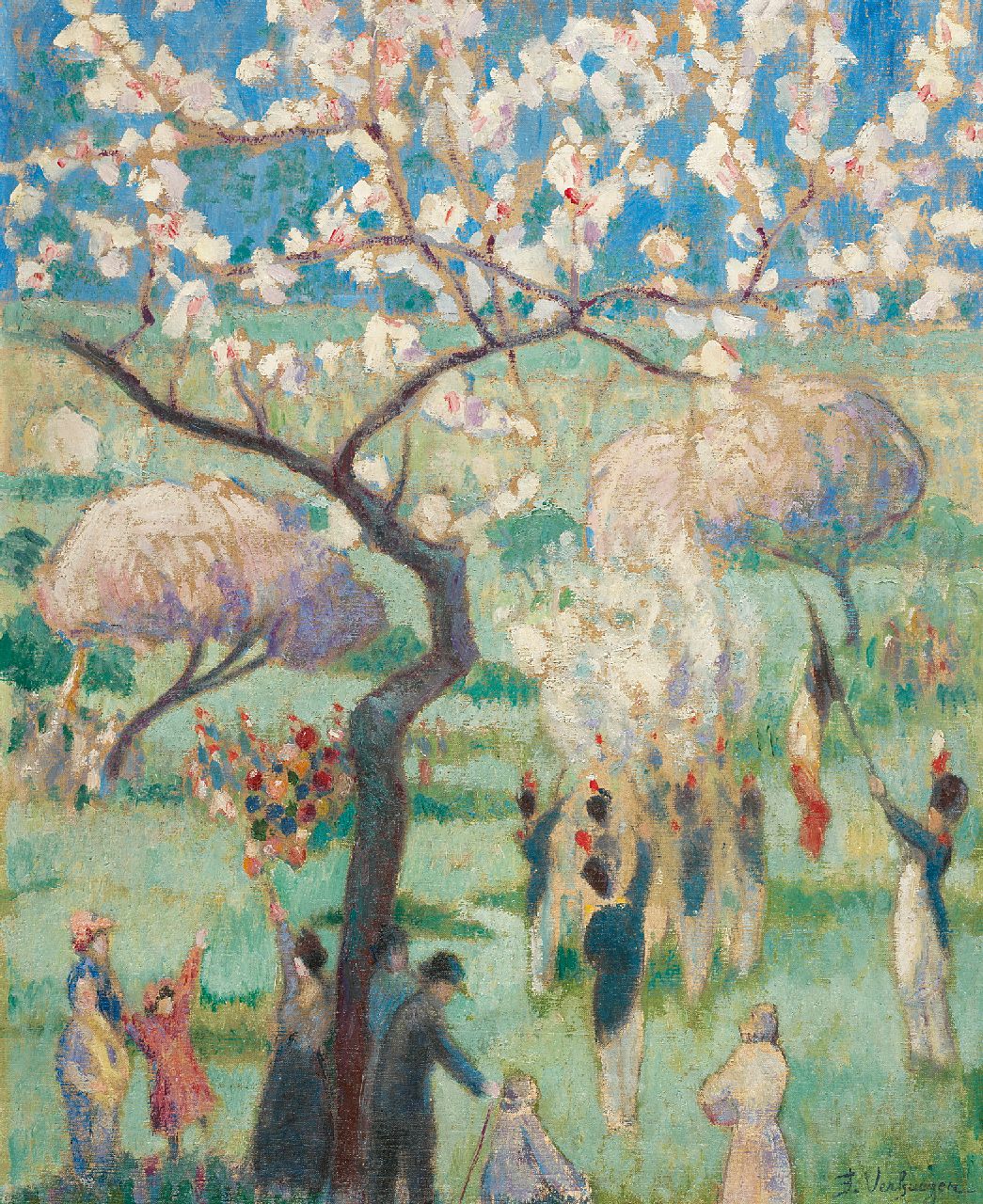