At the Academy of Antwerp trained in the romantic landscape tradition, Florent Crabeels gradually broke up with the academic conventions in the 1960s by sincerely and realistically depicting nature and plein air. Together with other young Antwerp landscape painters, he regularly stayed in the Antwerp Kempen around Kalmthout where they painted the vast heaths to the north of the city. Later this group would be called the School of Kalthout. Just as with the painters of the Haagse School, they chose subtle tonal values and gray harmonies over painting sunlight and bright colors. After 1980, Crabeels' color palette evolved under the influence of A.J. Heymans focused on clear tones and a more divisional touch. 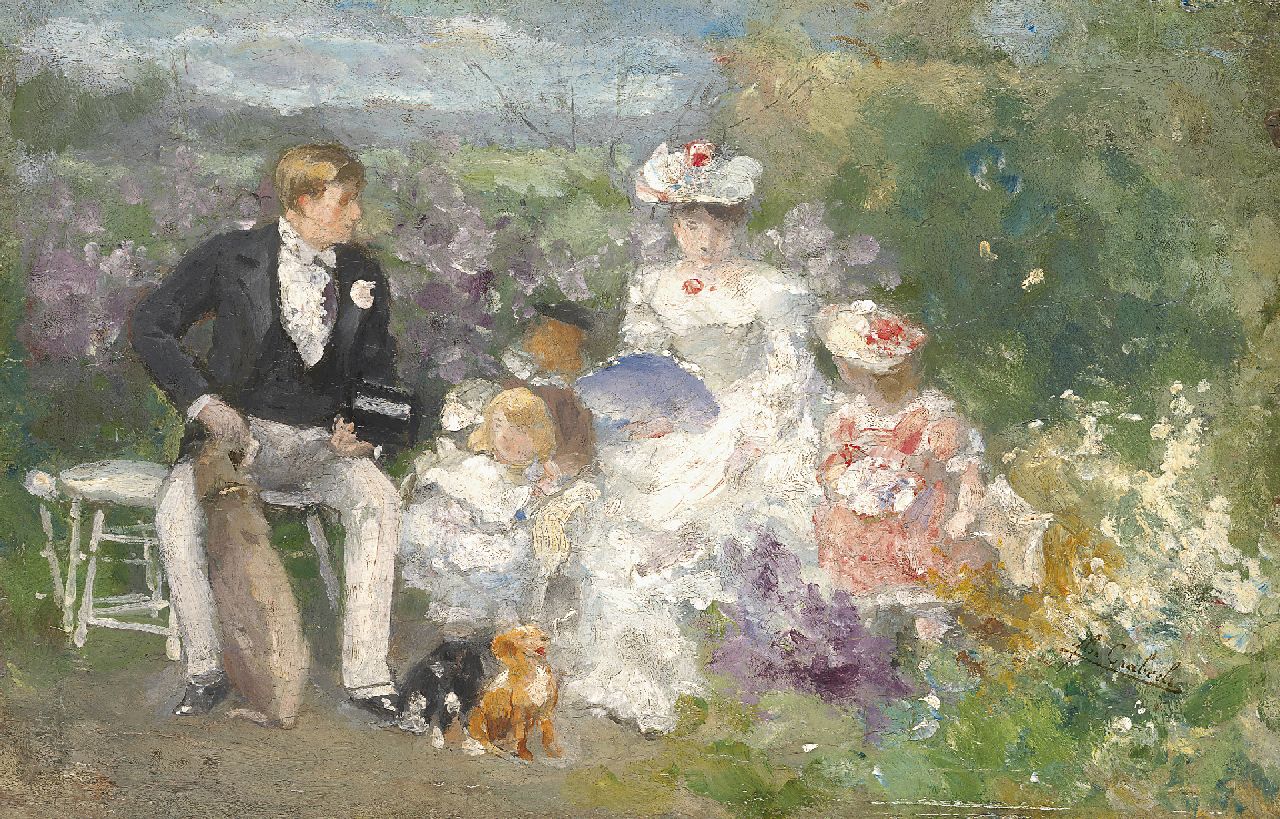 Conversation in the Parc d'Anvers