The Italian artist Fortunino Matania achieved worldwide fame for his war illustrations during the First and Second World Wars. His prints were published in the major international weeklies and history books and were hugely popular. Matania’s oeuvre also extends to lighter fare, with pictures of beaches in summer, fashionable nightlife, historic tableaux, Italian genre scenes and holidaymakers skiing. Born in Naples, Matania trained with his father, the genre painter Edoardo Matania, and later studied in Paris, Milan and London. He lived in London during both world wars, and in the interwar period also painted society functions, including the coronation of Edward VII. 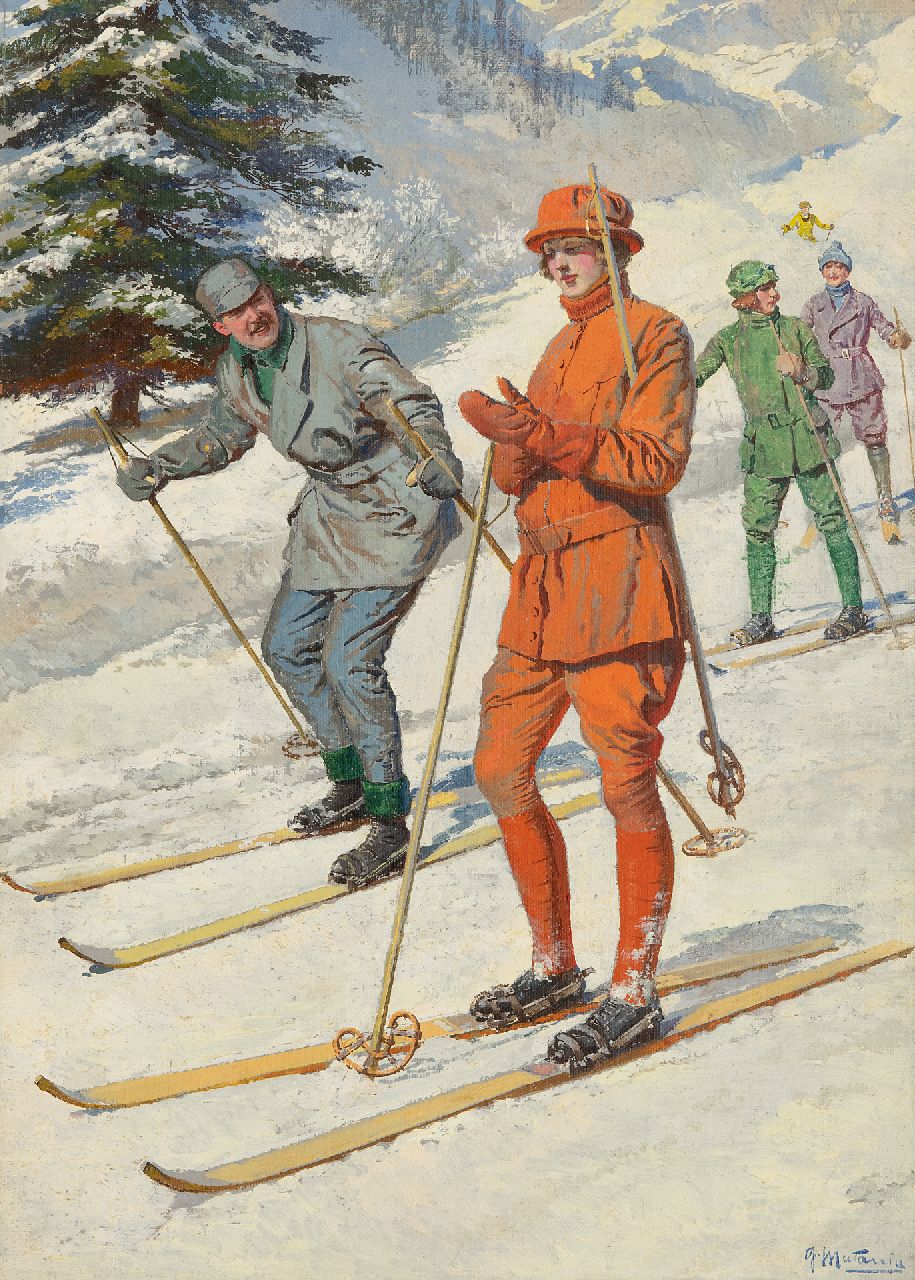 Ready for the ski tour