Originally Hungarian painter François Gall settled in Paris in 1936 and developed into a painter who worked in the footsteps of the great Impressionists. He took classes at the École Nationale des Beaux-Arts and exhibited at group exhibitions such as the Salon des Artistes Français, the Salon d'Automne and the Salon des Indépendants. Gall specialized in mundane performances with young beautiful women strolling through the streets or parks of Paris or having fun in one of the numerous cafés or theaters. His daughters Marie-Lize and Elizabeth-Anne often posed for him.

previously for salepaintings by François Gall

On the beach at Deauville

for salepaintings by François Gall 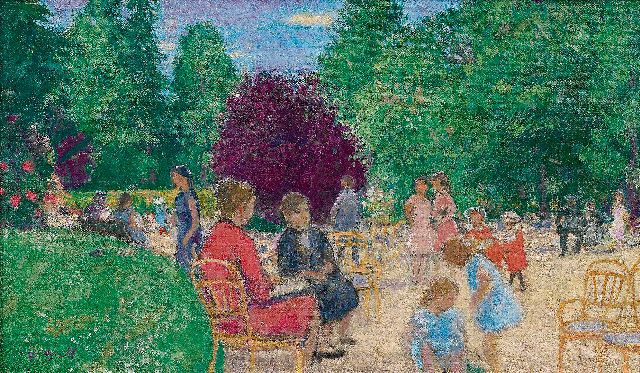 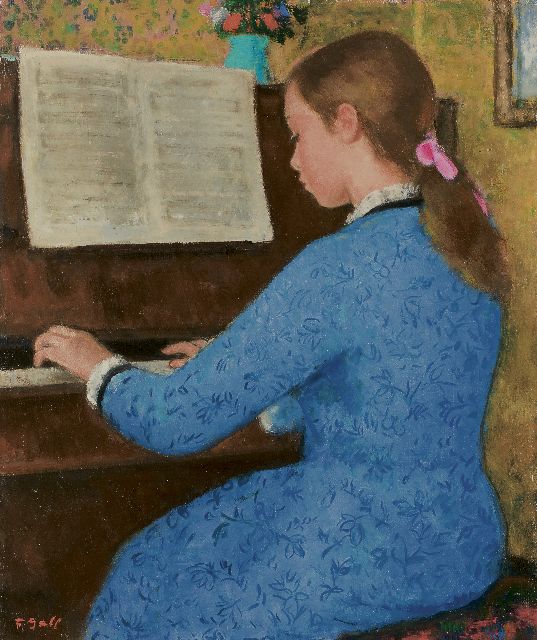 Elizabeth-Anne Gall at the piano