Frank Lodeizen was born in 1931 in Amsterdam and grew up during the Second World War. In the post-war years he found a connection with the Amsterdam art world and became friends with the artists of CoBrA and the poets and writers of De Vijftigers. This new generation of artistic people, including Appel, Constant, Simon Vinkenoog and Remco Campert, wanted to break with pre-war art ideas and be free to create their own art. Lodeizen drew and etched a lot, including portraits of his artist friends and accompanying drawings in collections of poetry. He spent a lot of time with Campert, together they traveled to Paris where he met Hugo Claus, among others. Lodeizen's work can be found in the Rijksmuseum, Stedelijk Museum and Museum van Bommel van Dam, among others.

for salepaintings by Frank Lodeizen 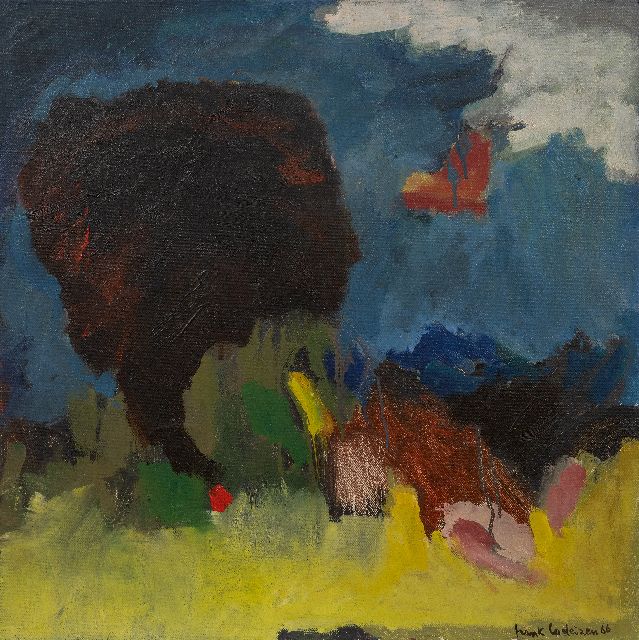