Gabriel Henriques de Castro was a scion of a wealthy Portuguese Jewish merchant family in Amsterdam. In accordance with the tradition he was trained for the merchandise but the painting gradually grew on him. He received lessons from Arnoldus Bloemers, who belonged to the most prominent painters in the early 19th century. In the footsteps of his teacher and in the best Dutch tradition, De Castro painted still lifes of flowers and fruits, arranged in a terracotta vase with embossed decorations, placed against a light background. 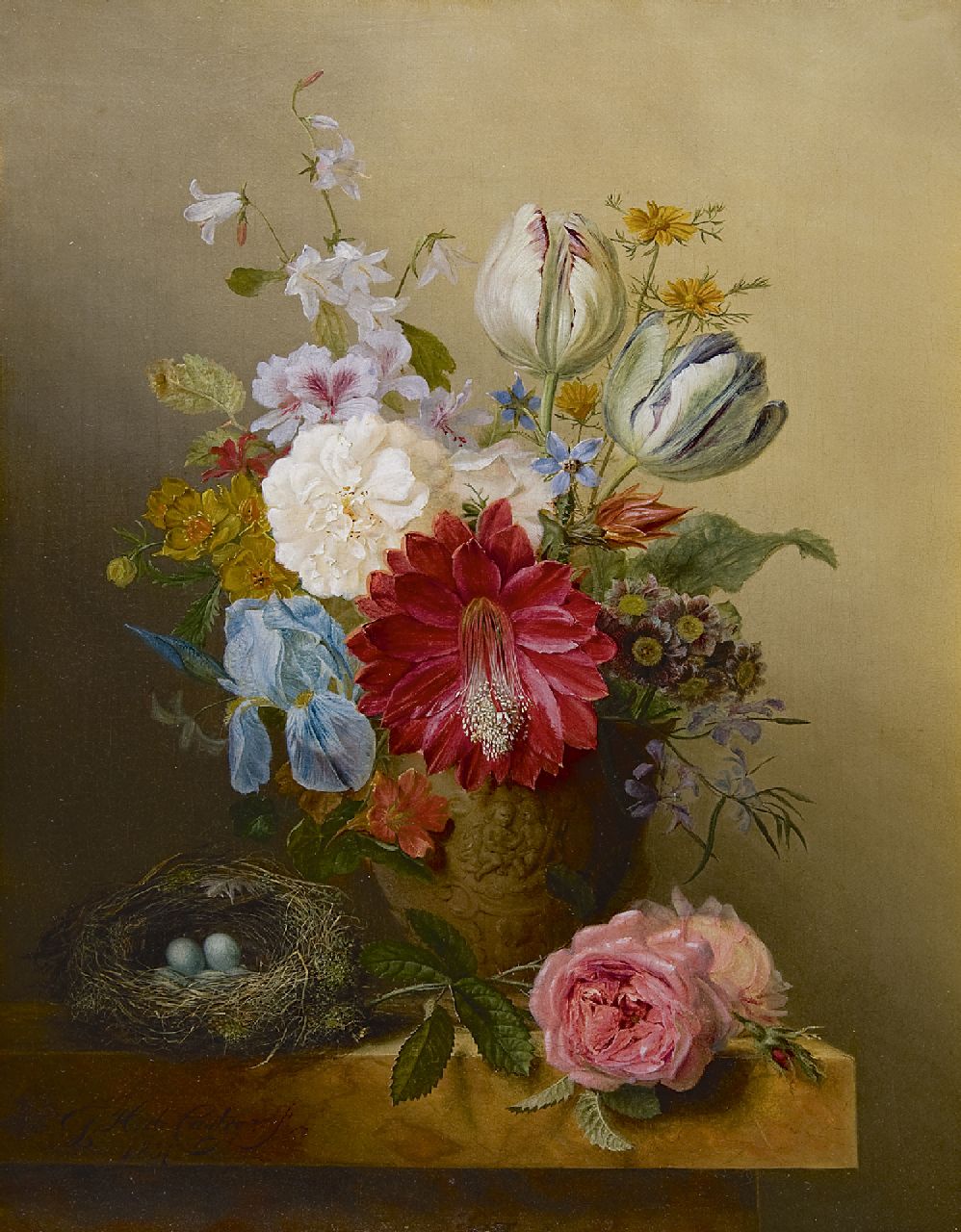