The artist Geert Grauss, originally from Zeeland, spent his early years in Belgium from 1901 to 1904, where he studied at the academies of Antwerp and Brussels. Before he left for Belgium, he probably also received lessons from the marine painter W.J. Schütz, who was like Grauss, born in Middelburg. In later years, Grauss made study trips to countries on the Mediterranean: he visited Italy, among other places. His oeuvre mainly consists of nude figures and flower still lifes. He also sculpted and made glass paintings. Grauss had many pupils and was a member of Arti et Amicitiae in Amsterdam. 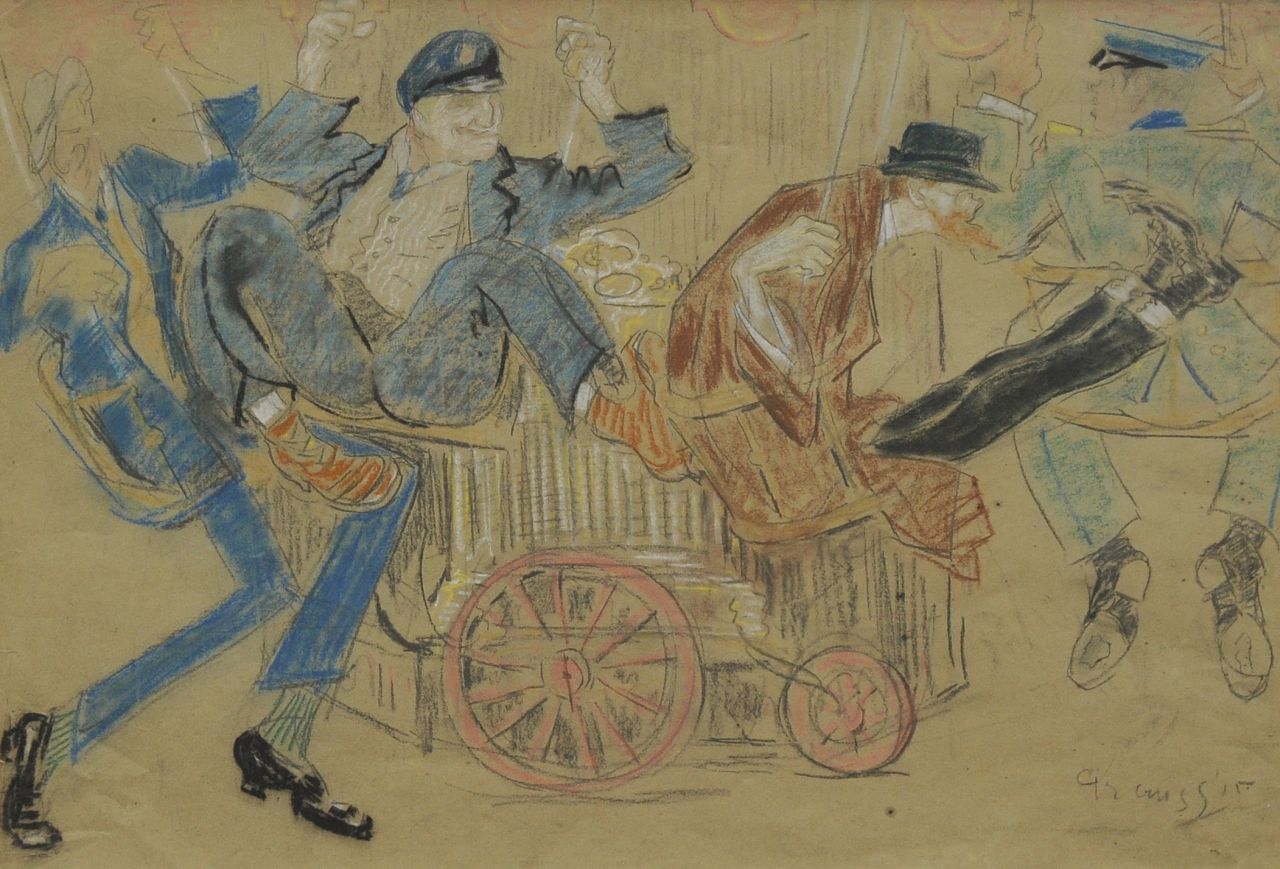 Together in the whirligig, 1915 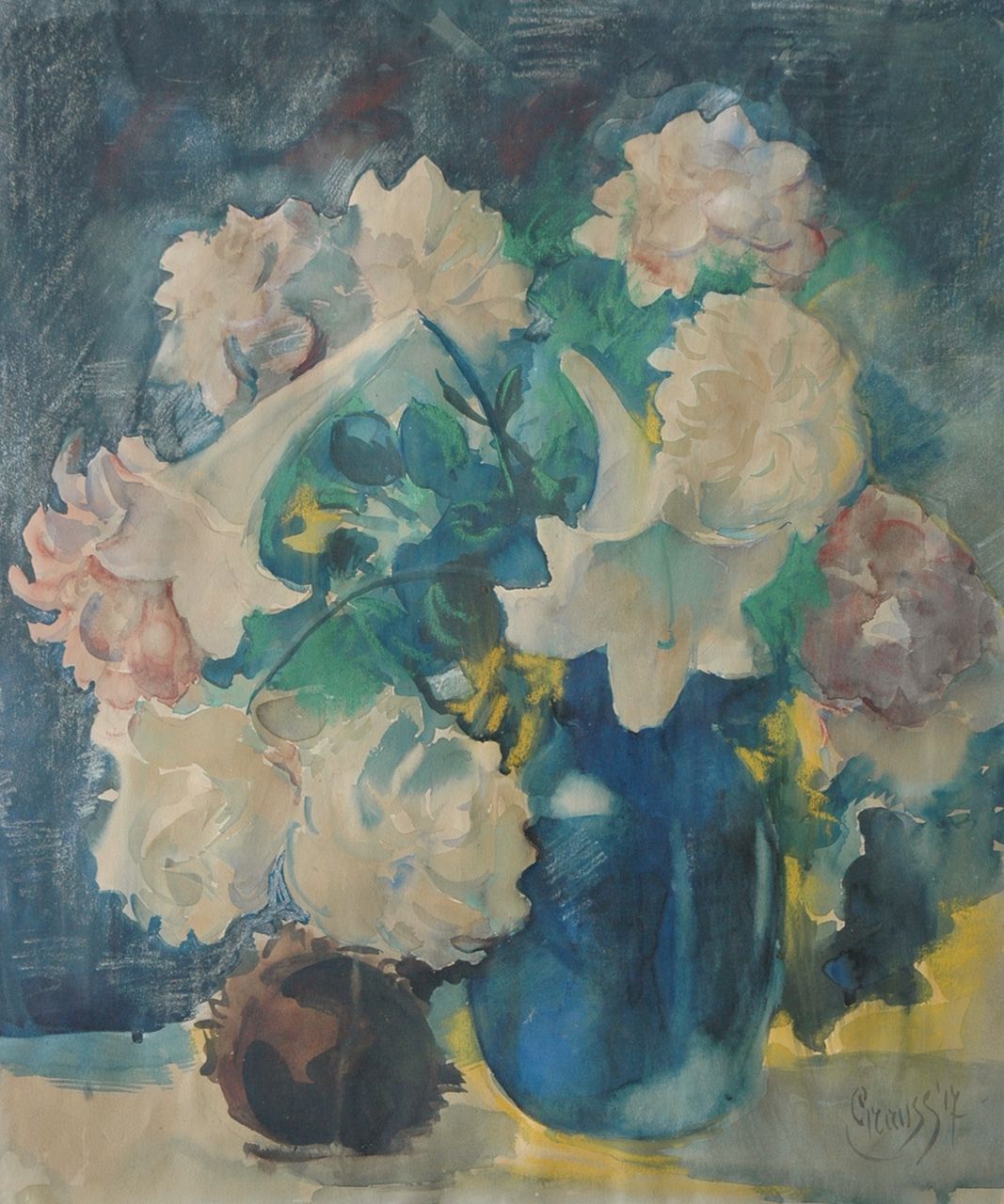 Flowers in a blue vase