Georgius van Os followed in the footsteps of his father Jan van Os, specialising in still lifes of flowers, fruit and game. Taught by his father, the young Van Os demonstrated such exceptional talent that he was allowed to paint several plates of Jan Kops' Flora Batava (1800). As an adult, he divided his time between Haarlem and Paris. His masterful brushwork and ability to render flowers and fruit with consummate realism made Georgius van Os one of the most celebrated still life painters of the early 19th century.

for salepaintings by Georgius van Os 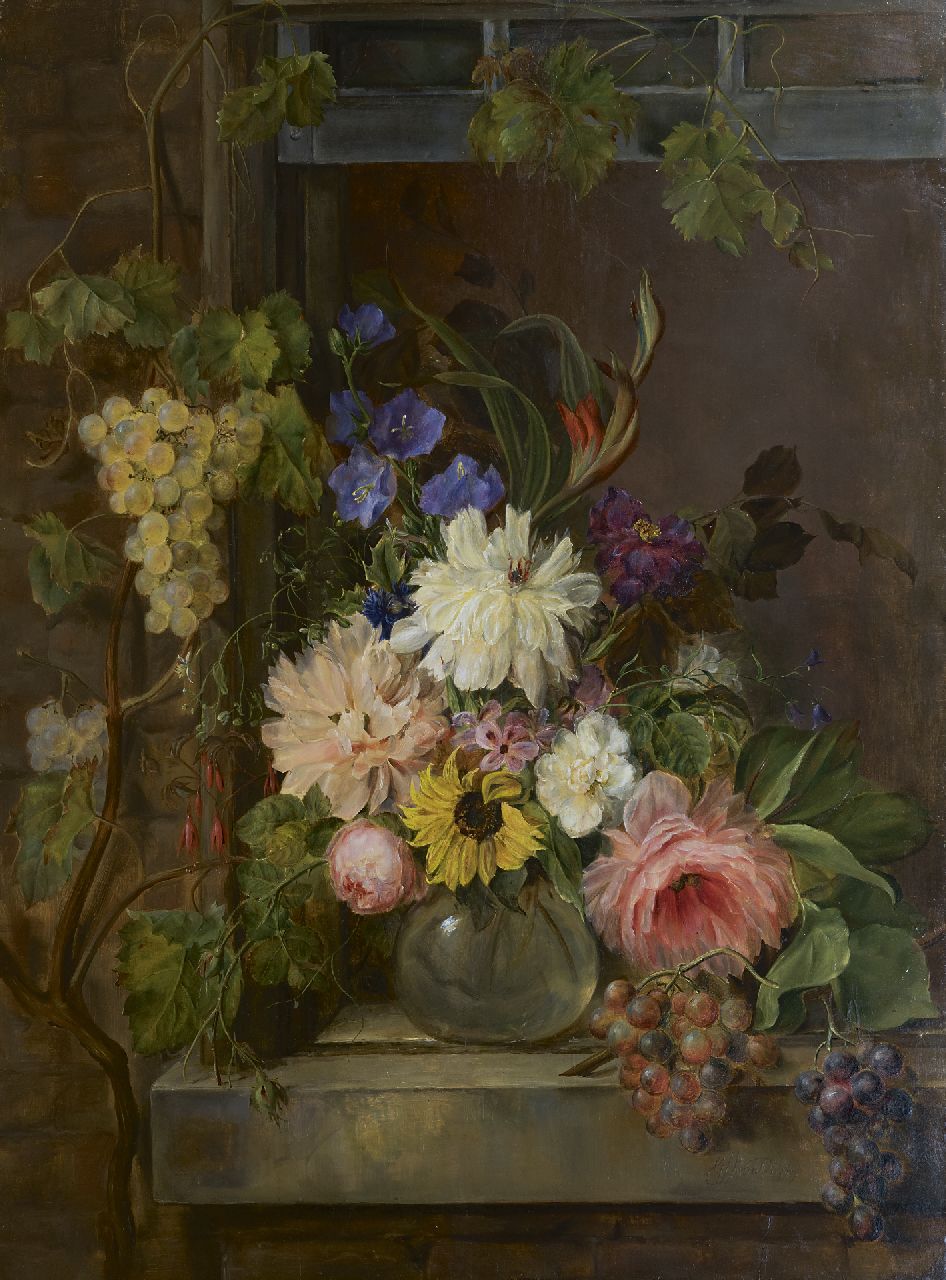 A still life with flowers and grapes, 1809 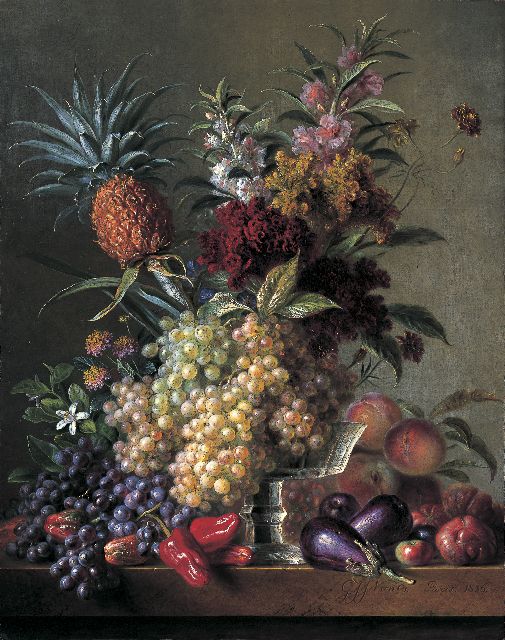 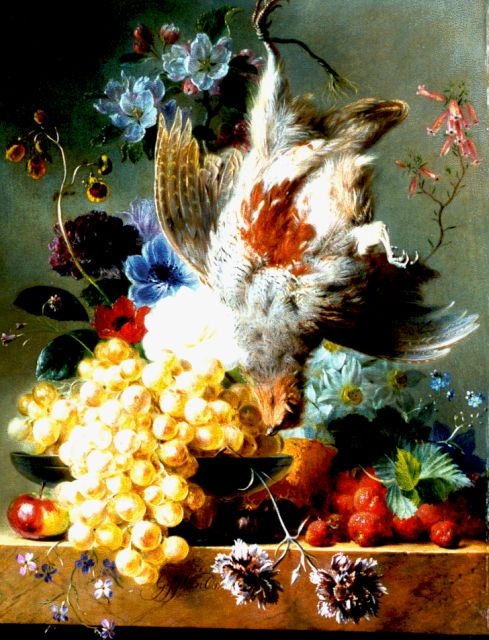