Gérard Grassère was a painter who constantly renewed himself. Initially influenced by Flemish expressionism and Constant Permeke, he developed a more personal style after the Second World War. From 1949 to 1951 he makes a series of works entitled 'Mechanical composition'. Its design language is inspired by the industrial city of Eindhoven, where Grassère resides, and where he develops a fascination for the world of the machine. He sees these as robotic creatures, with which the workers perform their monotonous work. However, he sketches and paints these 'monsters' in cheerful colors. In later years, the painter became more and more under the spell of Cobra, later again he combines his art with music and poetry. 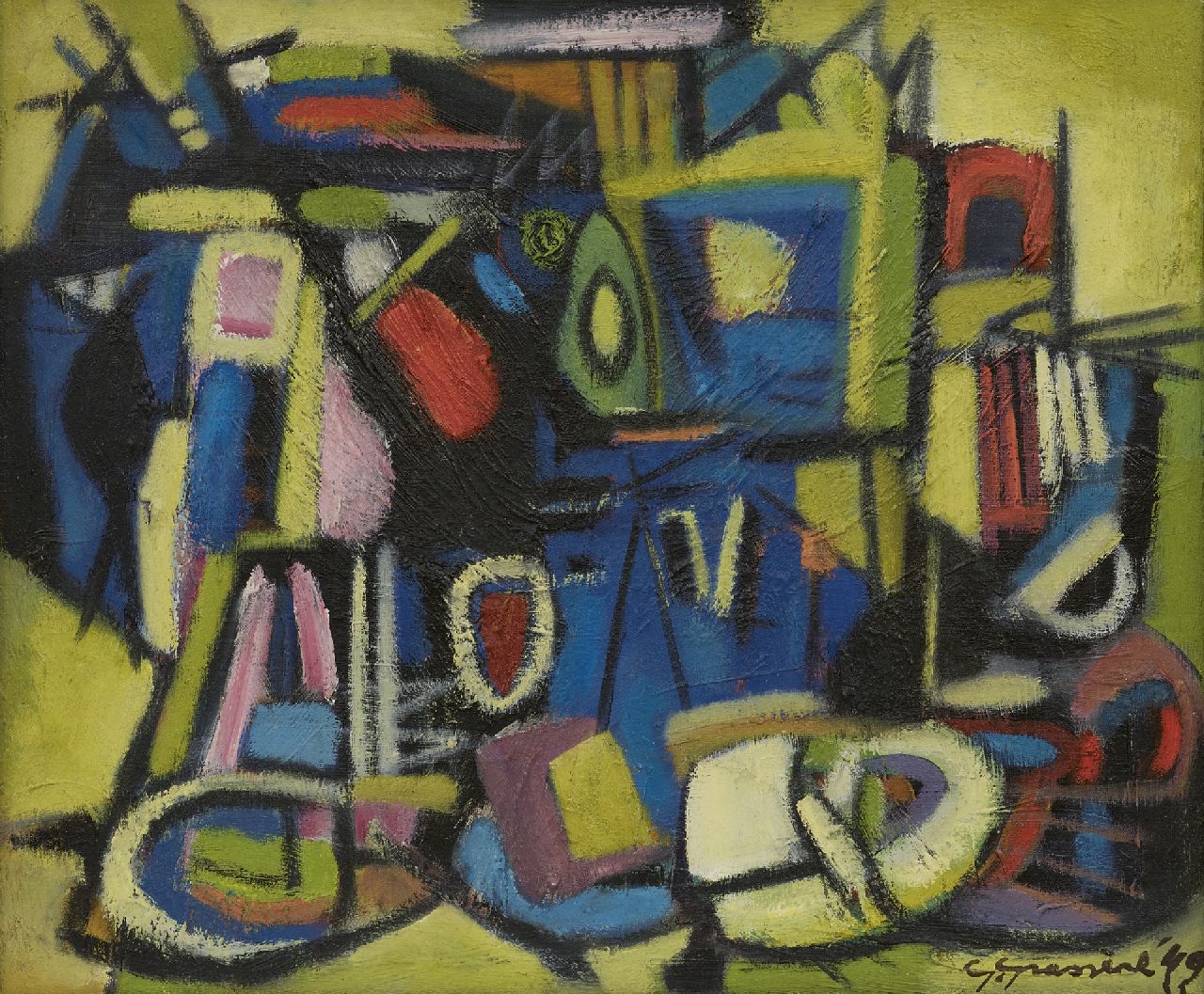 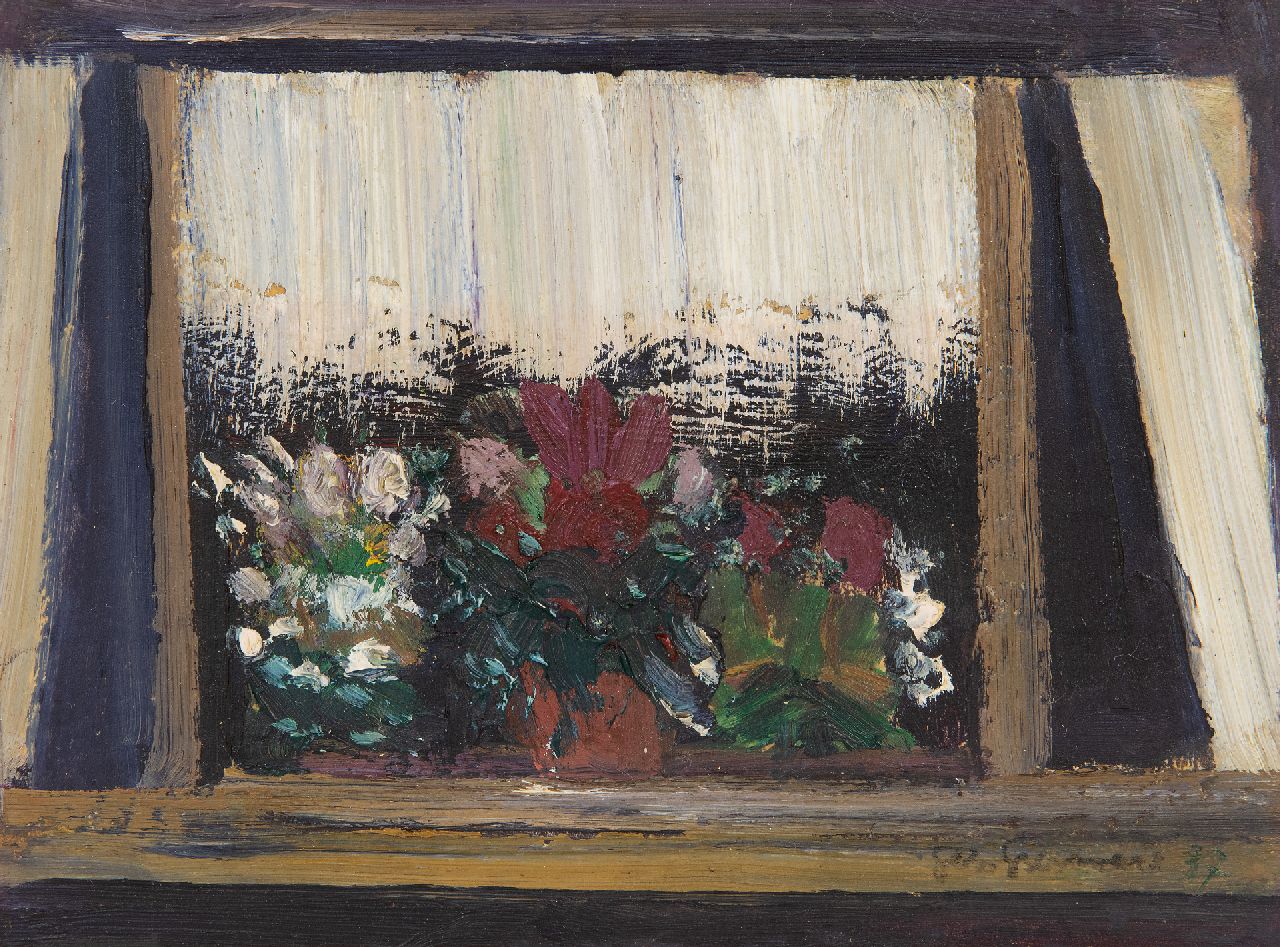