The painter Hans Heeren, who was born in Middelburg, lived and worked in this city almost all his life. He was educated at the Academy of Visual Arts in Rotterdam and at the Jan van Eyck Academy in Maastricht. He then belonged to the circle of post-war painters from Zeeland who lived in Middelburg. At the beginning of his career, Heeren painted under the influence of Flemish expressionism; especially the dark earth tones are characteristic of this style. Later, he increasingly found his inspiration in the cubist style. He himself said that he was mainly influenced by Reimond Kimpe and Louis Heymans. From 1971-1984 Heeren taught at the Minerva Academy in Groningen.

for salepaintings by Hans Heeren 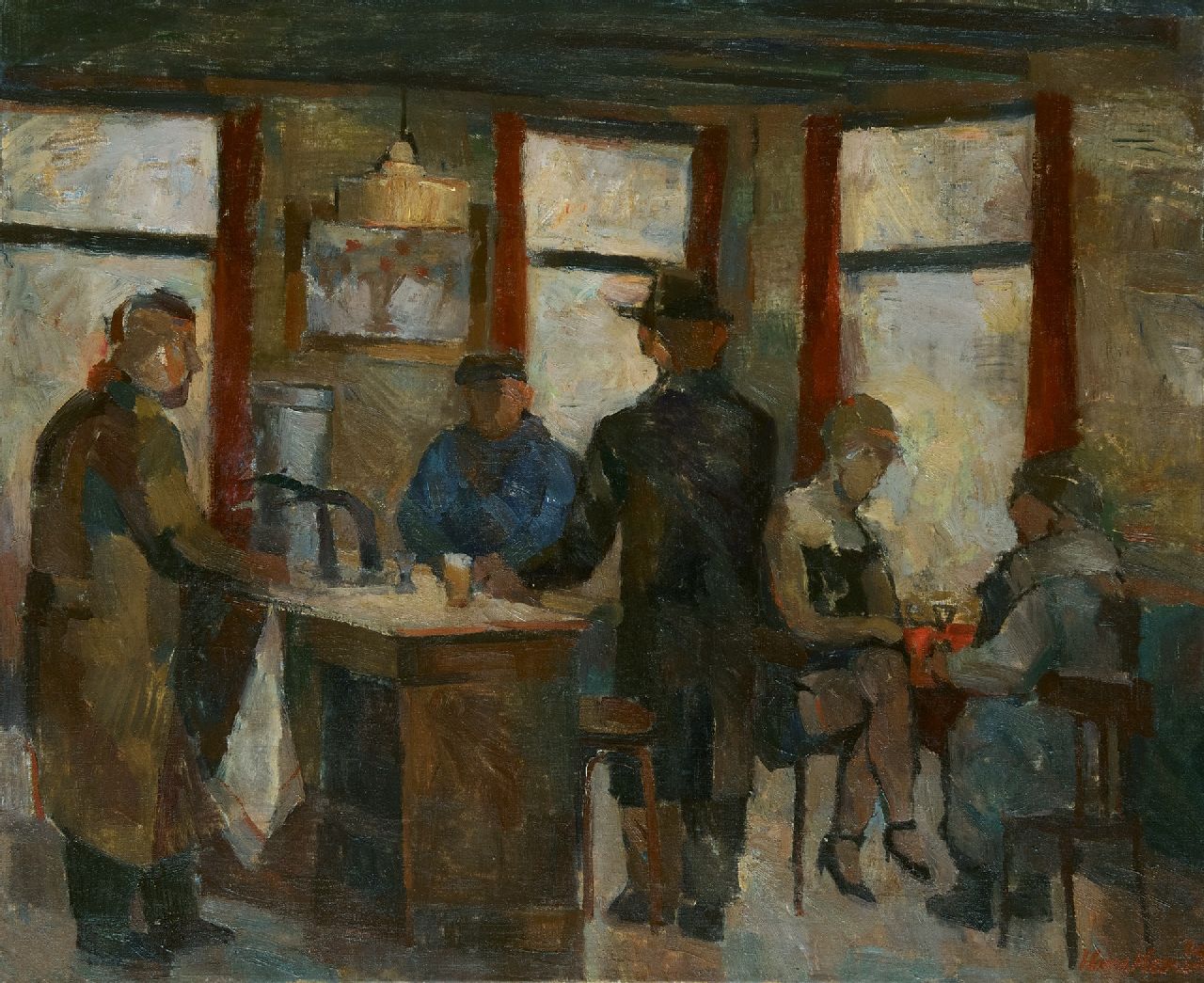