Hans van Norden was called a 'narrator' by critics because he opted for figuration at a time when the CoBrA movement reigned supreme. Moreover, he drew inspiration from life in pubs, brothels and homes. Van Norden was educated at the academy in Amsterdam and developed into a versatile artist: he co-founded the Scapino Ballet in 1945 and designed sets and costumes for the opera, ballet and theatre. Together with Theo Kurpershoek and Nico Wijnberg, he formed the core of the painters' group De Realisten, as a reaction to the CoBrA movement and other abstract expressionist artists. Amsterdam's Stedelijk Museum showcased their work in an exhibition called Realisten uit zeven landen ('Realists from seven countries') in 1951.

for salepaintings by Norden H. van 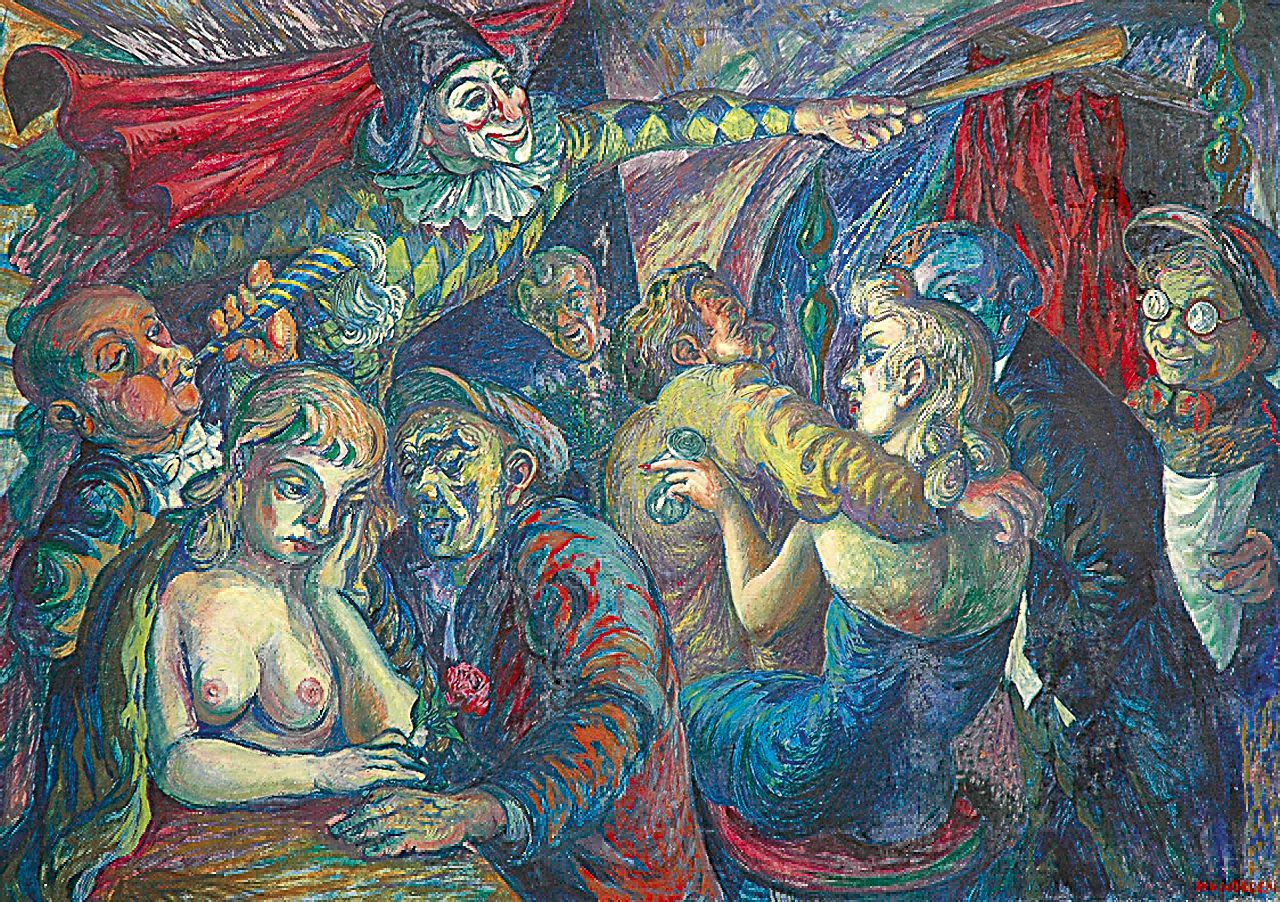