The German painter Heinrich Schweickhardt came to The Hague with his family around 1750. He learned the basics of the painting profession from Hieronymus Lapis. He also took lessons at the drawing academy of the Hague Confrerie Pictura. In a relatively short time, Schweickhardt grew into an important Hague painter. His oeuvre is broad and includes landscapes with cattle and figures, seascapes and river views as well as wallpaper paintings and miniatures. In 1787 the artist moved to London because of increasing political unrest in the Republic. He taught his daughter Katharina Wilhelmina (1777-1830), who was also a talented poet. In 1797 she became the second wife of poet Willem Bilderdijk, who in 1795 had found hospitable shelter with the family. 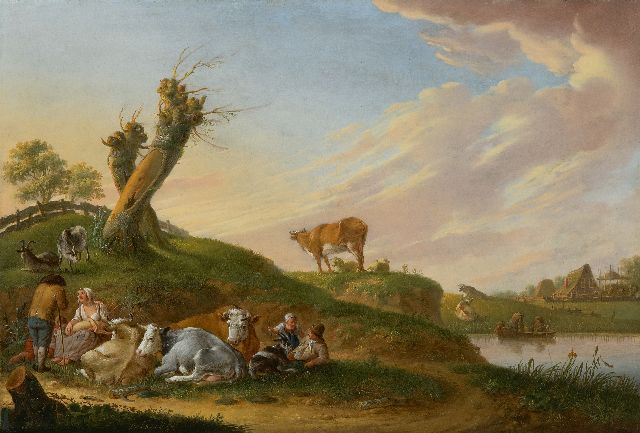 Shepherds with their flock near a river, 1774 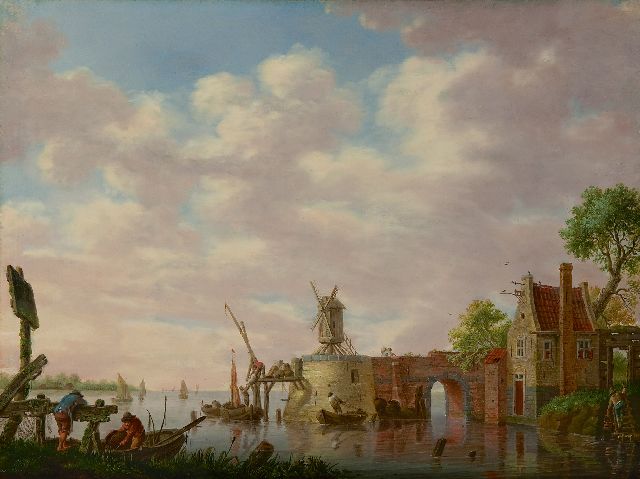 A Dutch river landscape with fishermen 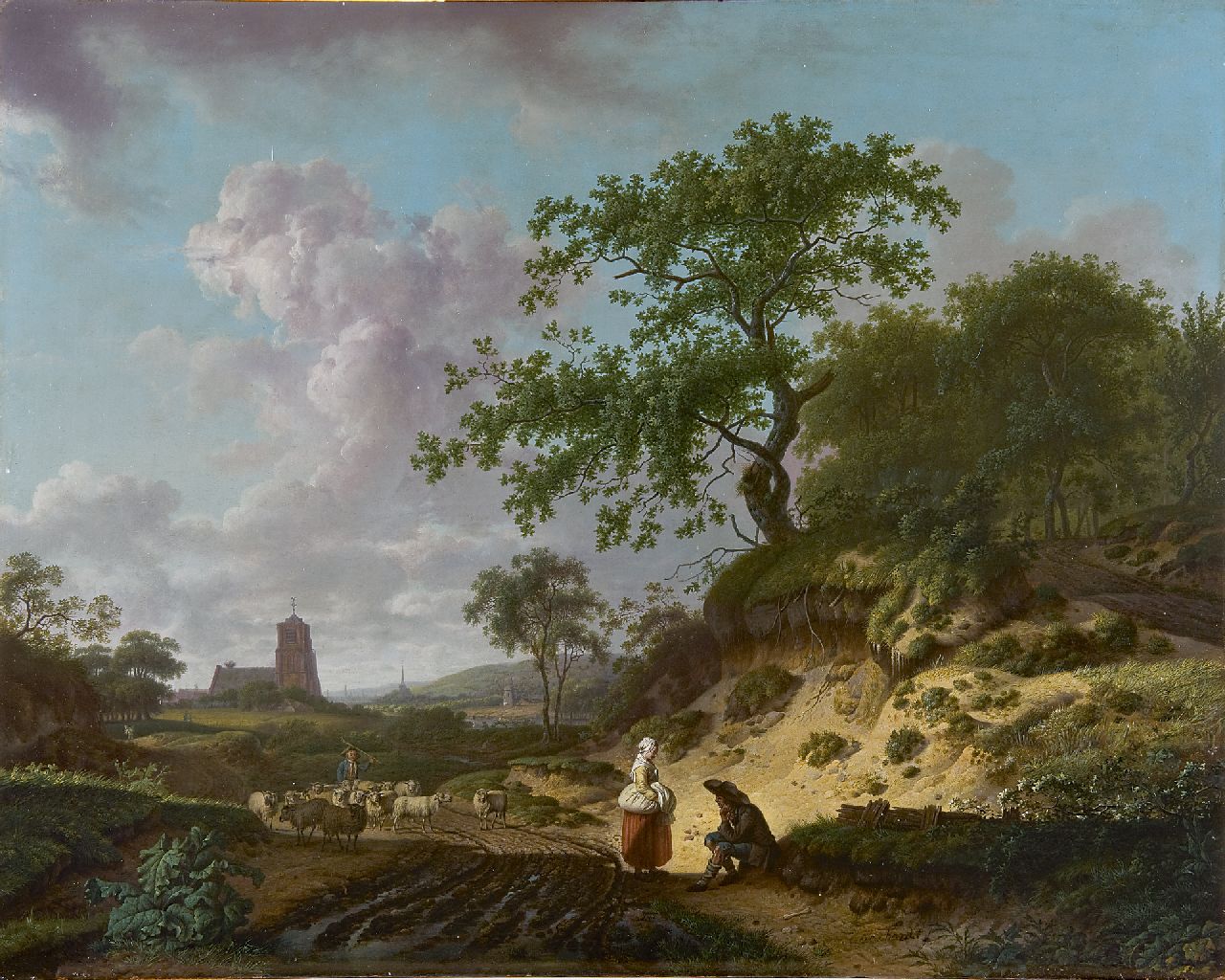 A wooded landscape with landfolk and a drover with his herd