Hélène Hamburger continued the tradition of the Dutch 17th-century flower still life in the 19th century. She came from an artistic family. Her father, Johan Coenraad Hamburger, was a portrait and miniature painter who left for London in 1829 and became court painter to William IV. Her mother, Eleonora Elisabeth Fairbairn, painted still lifes and birds. In the period 1858-1885 Hélène regularly exposed at exhibitions in Amsterdam, Rotterdam and The Hague. Not only with flower arrangements, but also with scenes with dead game and poultry. In 1865 she married the French figure and landscape painter Augustin Taurel

previously for salepaintings by Hélène Hamburger 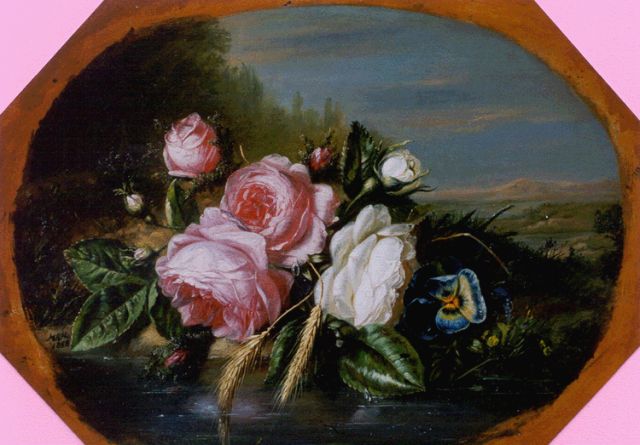 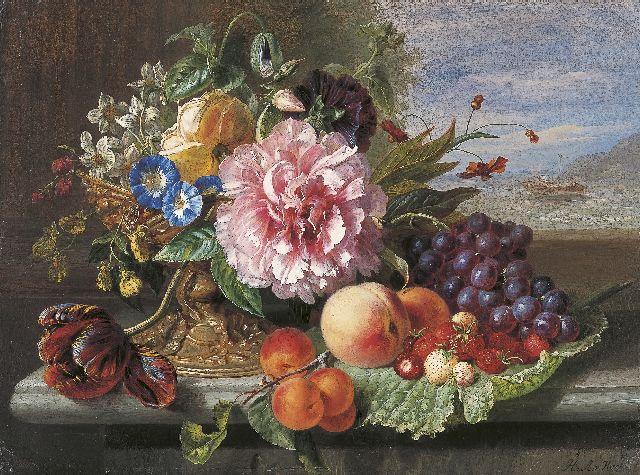