Hendrik Adam van der Burgh came from a well-known family of painters in The Hague. His father was the genre painter Hendrik van der Burgh, his brother was Pieter Daniel van der Burgh, known for his cityscapes. Although Hendrik Adam occasionally made a cityscape, he was especially successful with carefully elaborated Dutch polder landscapes with cattle. He thus continued a tradition that started in the 17th century with the livestock paintings of Paulus Potter. 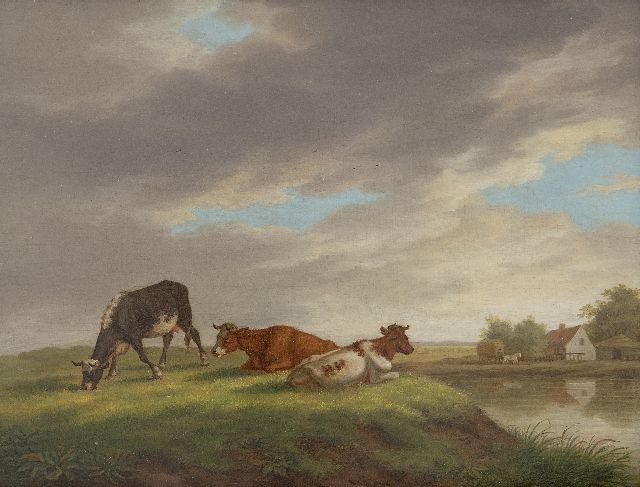 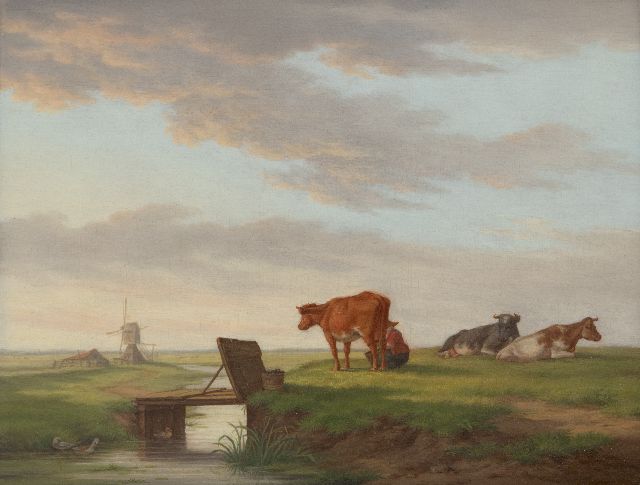