One of Hermanus Willem's uncles, Barend Hendrik Koekkoek, was less versatile than his nephew. There were mainly romantic forest scenes from his easel, the main variation being the changing of the seasons and different furnishing. Among his earliest paintings are some sea or beach views, made in the period when he is strongly influenced by his brother Jan H.B. Biscuit. Later work mainly shows wood gatherers or walkers, with or without cattle, in a wooded and sometimes hilly landscape. Barend Hendrik was taught by his father Hermanus and probably also by his uncle Marinus Adrianus. He lived in Amsterdam, where he opened an art dealership in January 1879, stayed in Hilversum and Brussels and also painted in Gelderland. Following his brother Hermanus jr, he settled in London after 1882. Winter landscapes with upright trees in portrait format are characteristic of his English period. 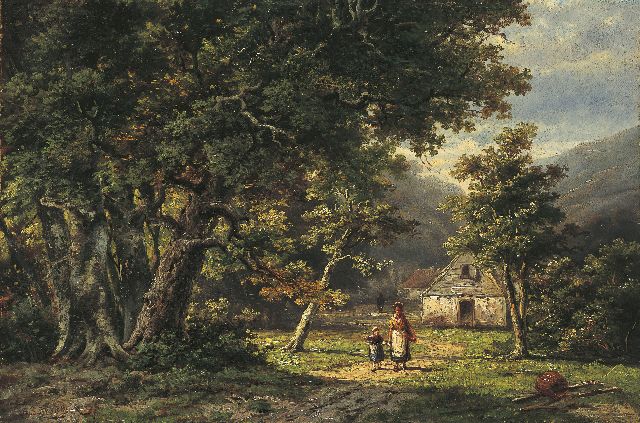 Mother and child on a path in a wooded valley 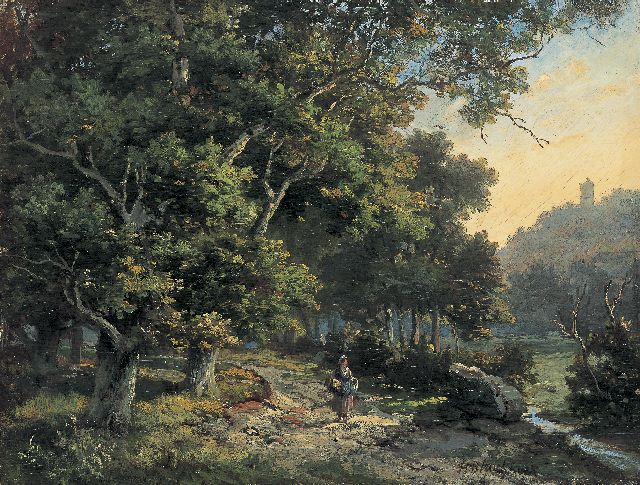 On a country road along the forest edge 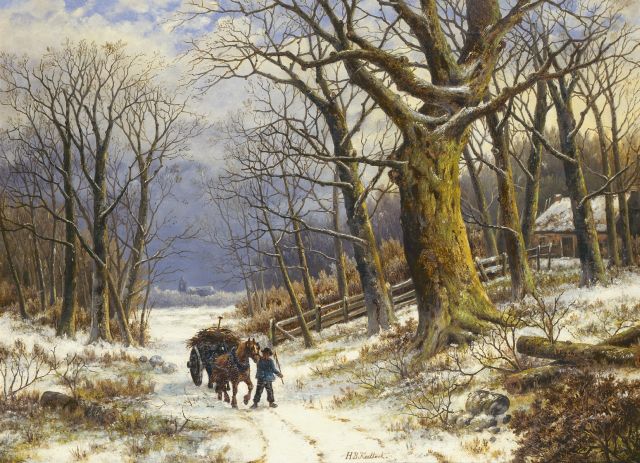 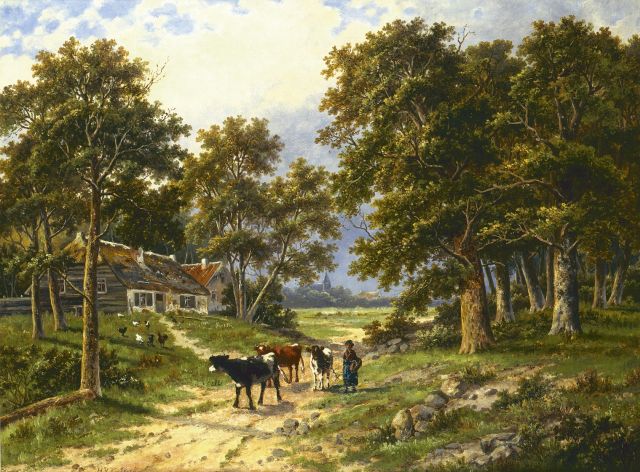 Homeward with the cattle 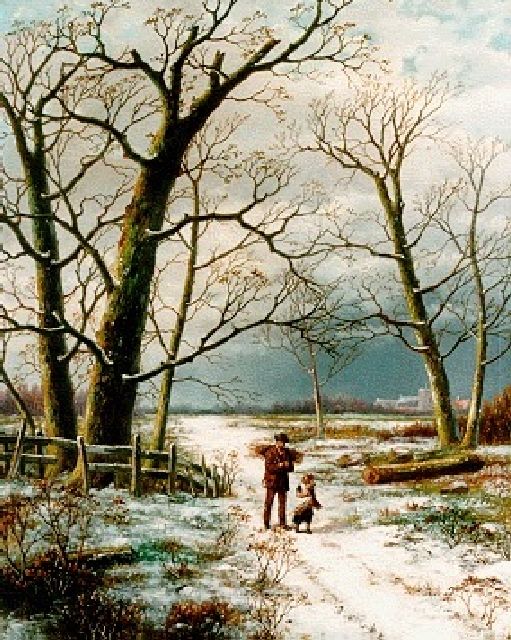 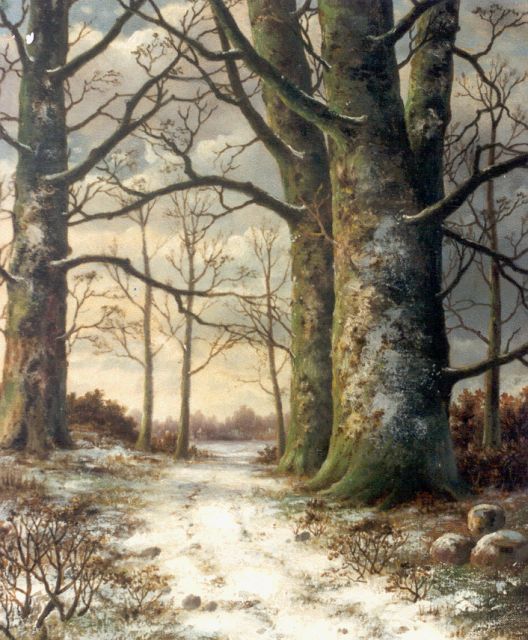 A forest landscape in winter