The American Hendrik Glintenkamp was a sculptor, painter, graphic artist and illustrator. He was trained by the realistic painter Robert Henri (1865-1929), patriarch of the American Ashcan School. In 1913, Glintenkamp participated in the high-profile Armory Show in New York, the ‘First International Exhibition of Modern Art in America’. From that year until 1917 he produced political cartoons and other illustrations for the socio-realistic magazine ‘The Masses’. Glintenkamp was extremely politically engaged both in Mexico, where he spent an extended period of time, and the United States, where he was active in left-wing political groups. The artist also travelled to England. In Mexico, he was in close contact with the painter Diego Rivera (Frida Kahlo's husband) and the writer John Dos Passos. 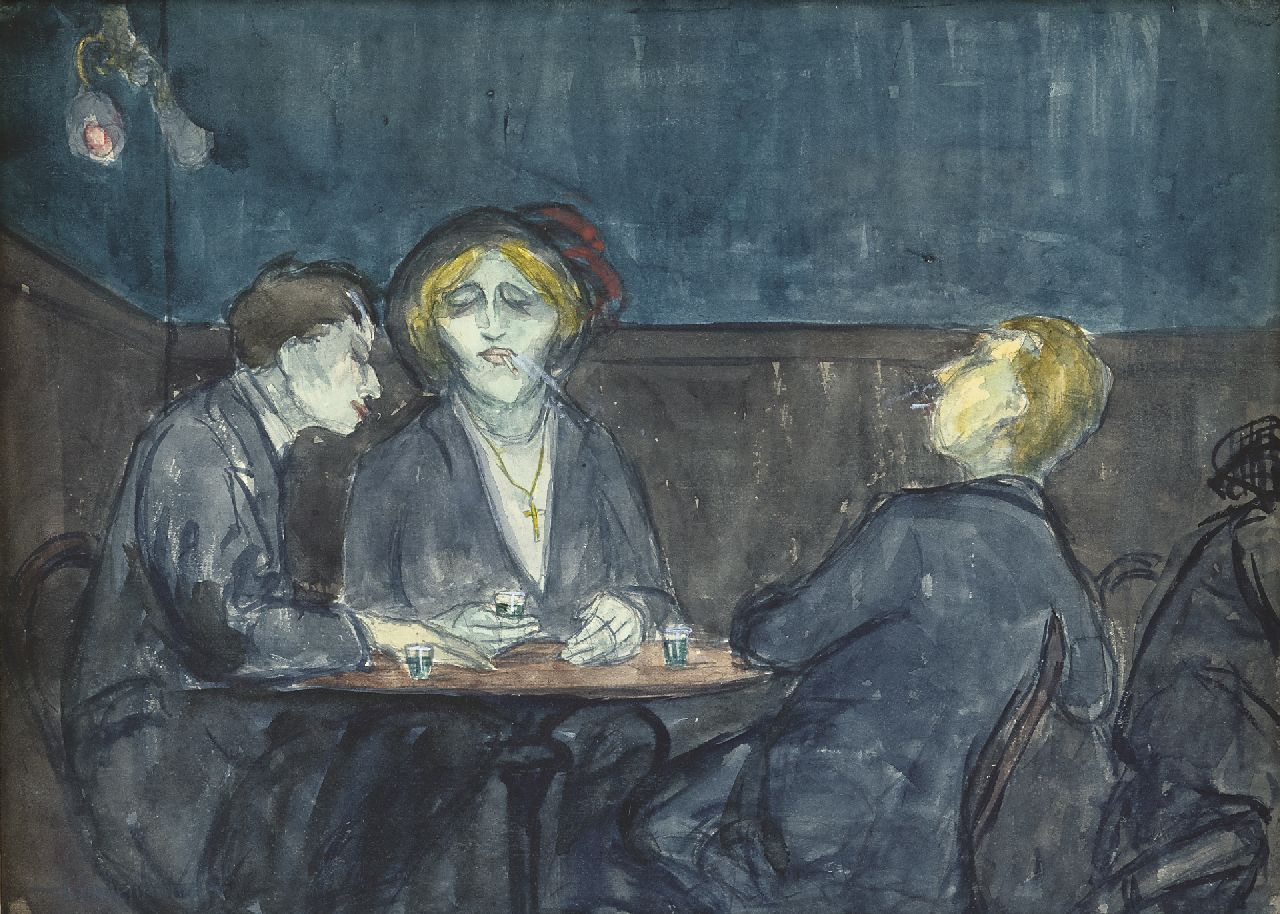