Hendrikus van de Sande Bakhuyzen was born in The Hague in 1795 and developed into one of the most important cattle painters of Dutch Romanticism. His source of inspiration was the work of the renowned 17th century Aelbert Cuyp and Paulus Potter, both in composition and in accurate representation of the animals' anatomy and character. His works were preceded by a thorough study of nature and animals. Van de Sande Bakhuyzen was therefore one of the first painters to start making oil sketches in nature. A custom that would later find general acceptance among his students Willem Roelofs and Pieter Stortenbeker, and among the painters of the Hague School. 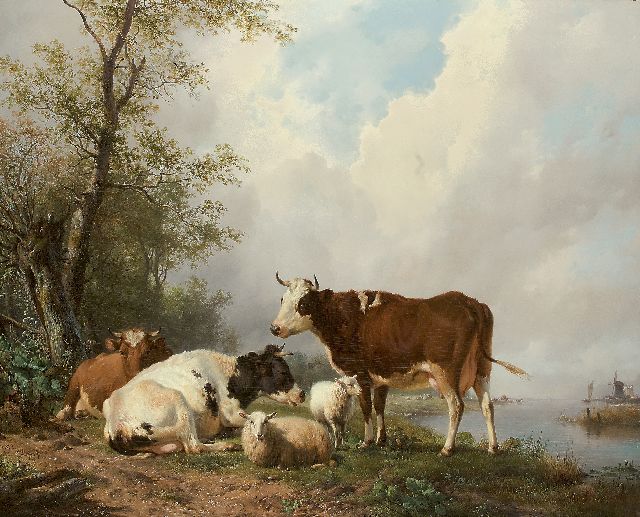 Cows in a river landscape 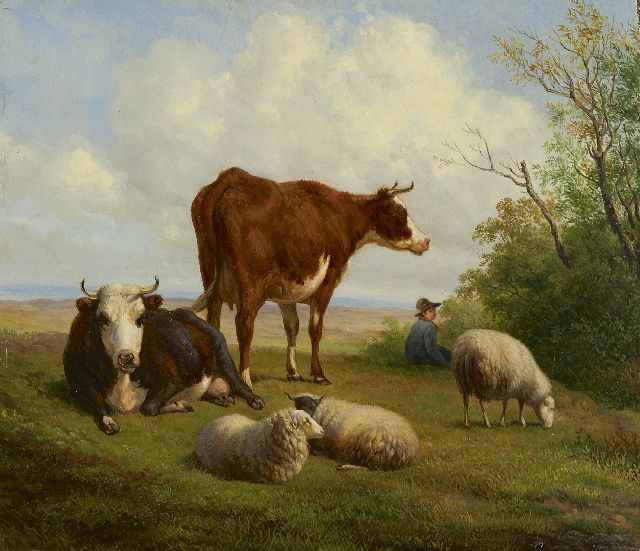 A summer landscape with cowherd and cattle 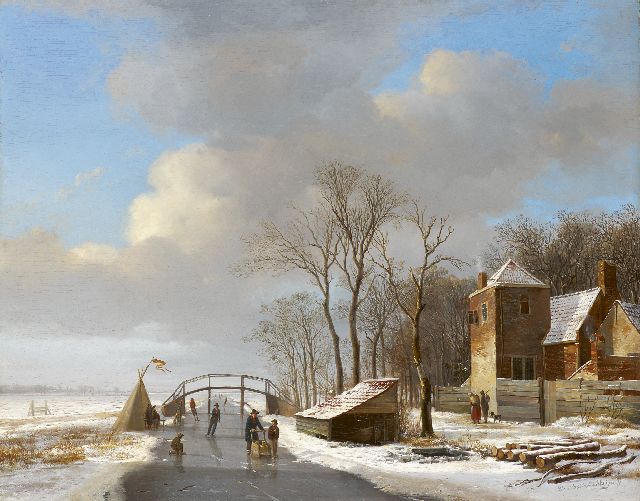 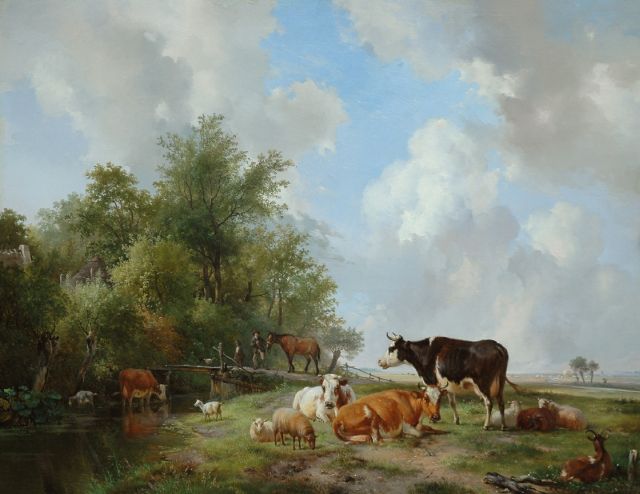 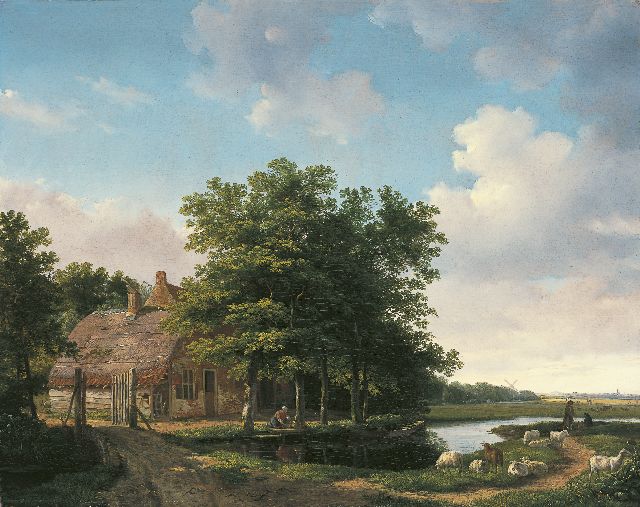 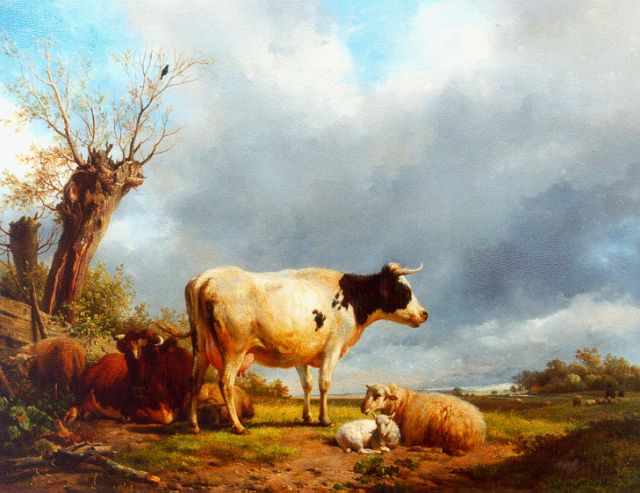 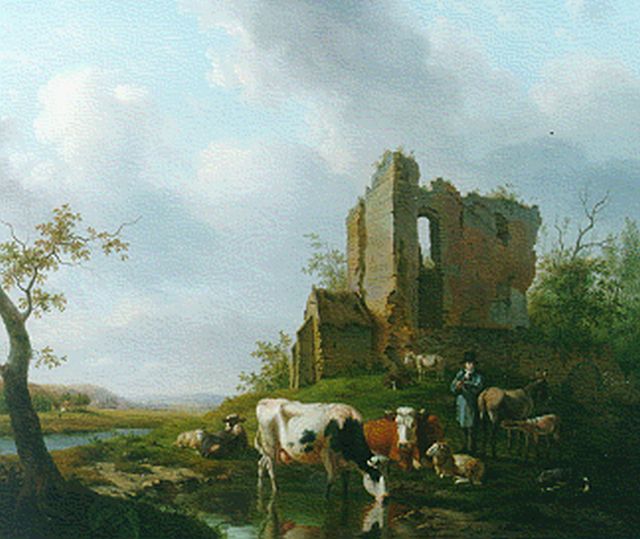 Cattle by a ruin 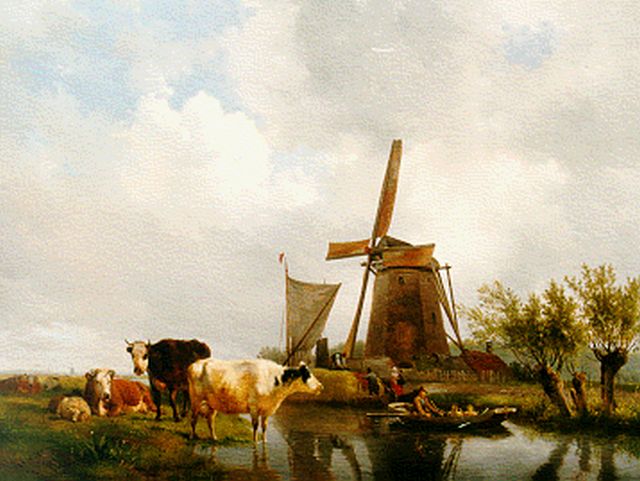 Cattle on the riverbank 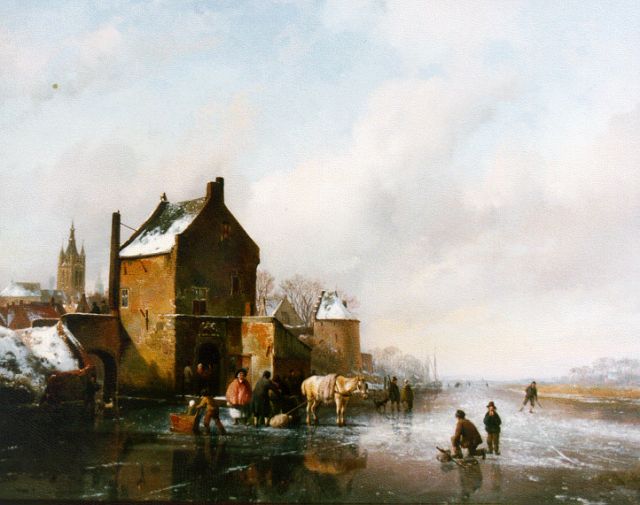 A frozen waterway, Delft in the distance 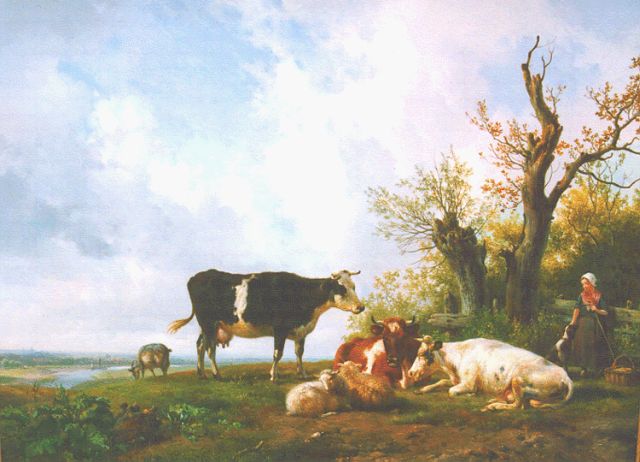 A peasant woman with cattle 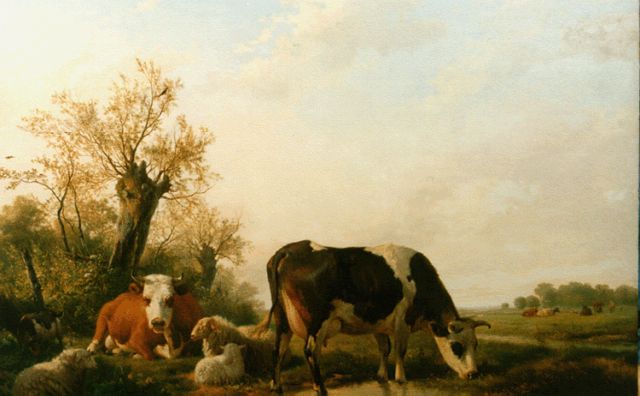 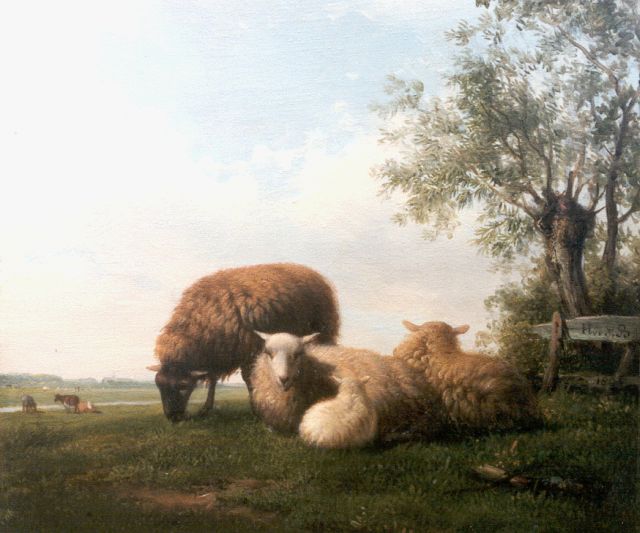 Sheep near a fence 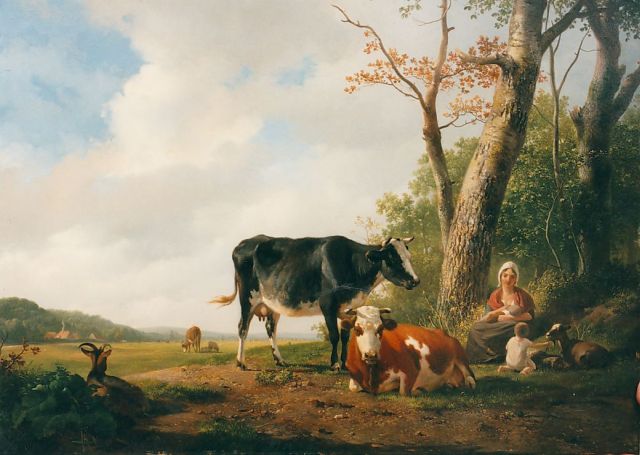 A summer landscape with a cowherdess and cattle 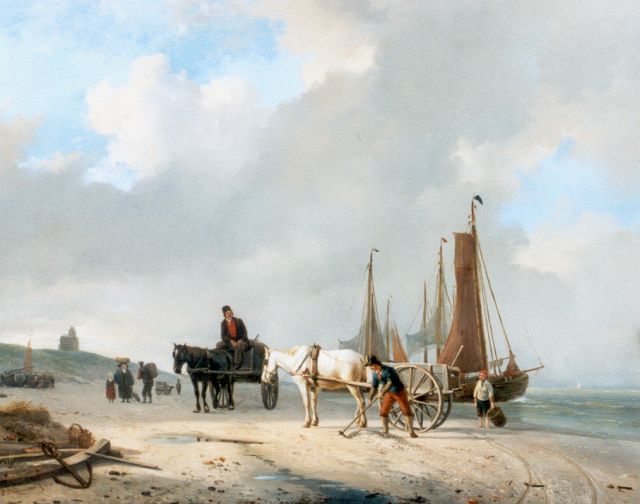 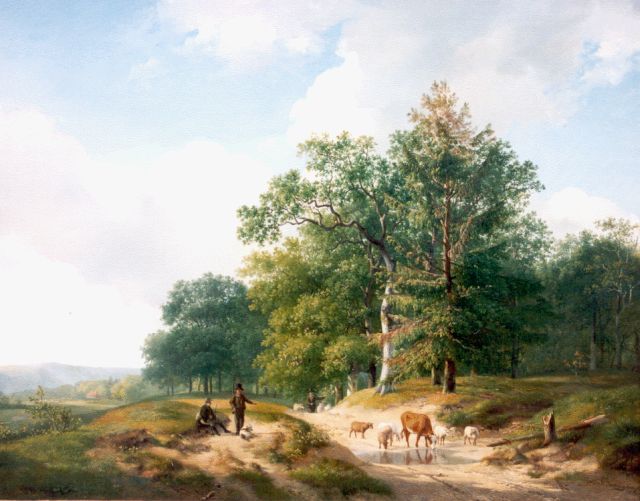 A farmer with cattle in a wooded landscape 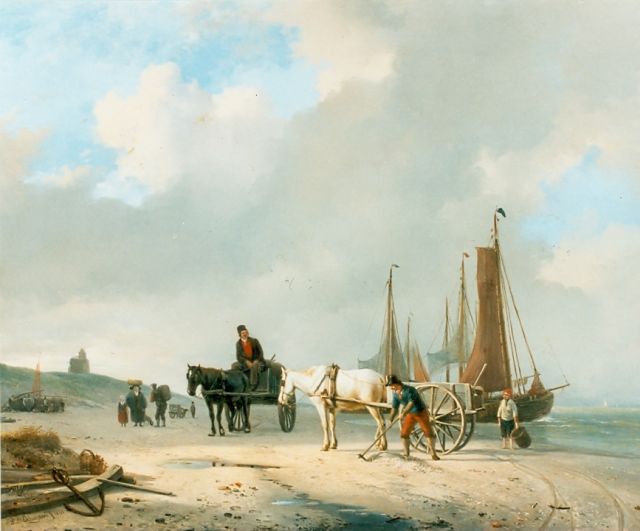 Shell-gatherers on the beach near Oostende 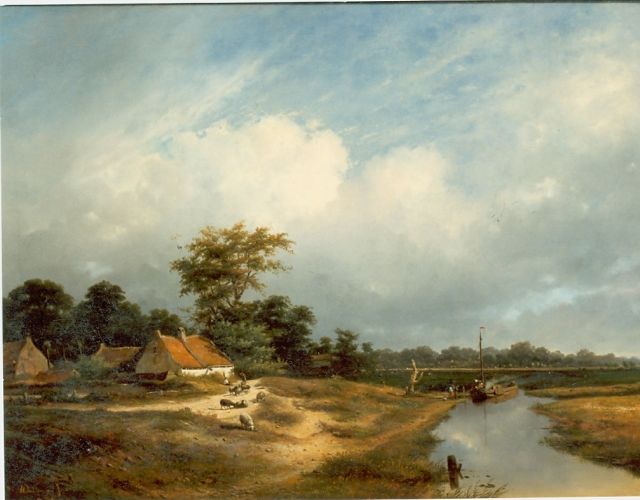 A shepherd and his flock by a farm 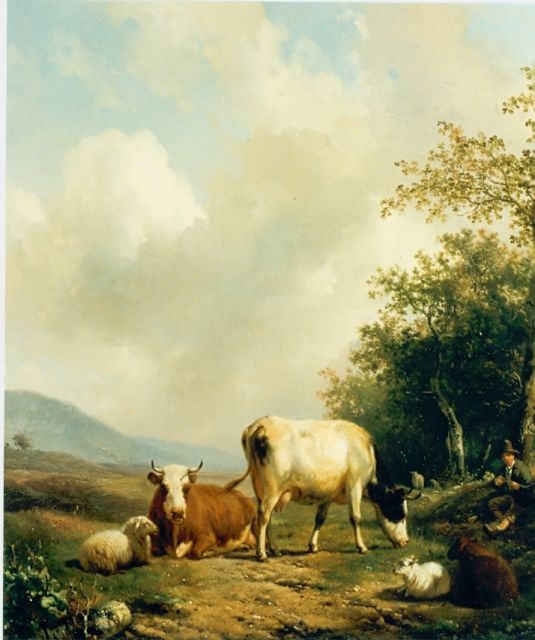 A shepherd and cattle in a landscape 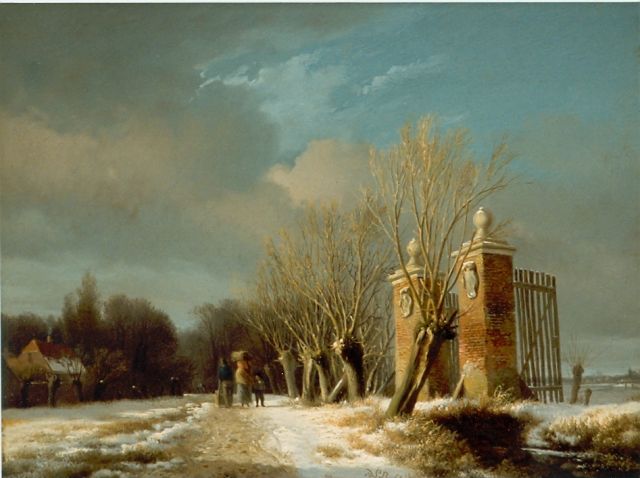 Travellers in a snow-covered landscape 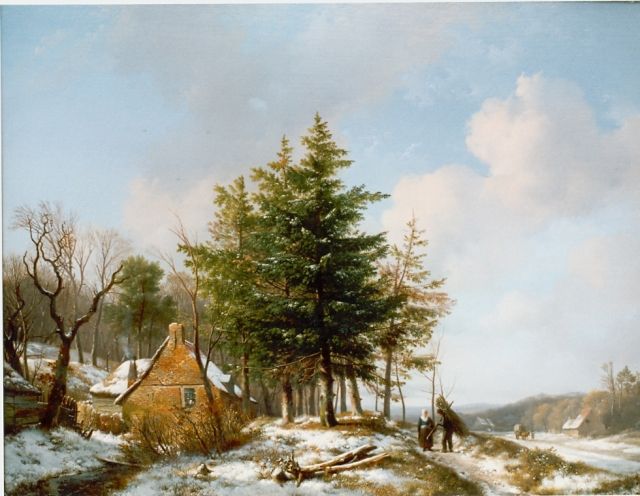 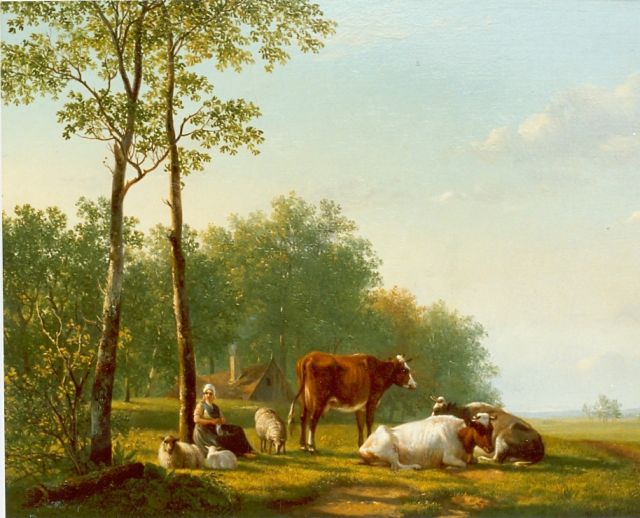 Peasant woman with cattle in a landscape