Henri Baron was best known for his extremely refined and narrative genre depictions. He learned the painting trade from the figure painter Jean Giroux in Paris and in 1840 he made his debut at the Paris Salon. His work there was much appreciated by his 19th-century contemporaries and his fame expanded through a number of prestigious commissions. In addition to being a painter, Baron was also a skilled illustrator. Together with his friends Célestin Nanteuil and François-Louis Français, he provided, among other things, the illustrations for the edition Les Artistes Anciens et Modernes (1848-1862). Together they regularly went on trips to Bougival, a village along the Seine that was famous for its poetic nature and beautiful light. Several of the paintings they made here were translated into lithographs, intended for the general public. Like his teacher, Baron made many trips to Italy, the influence of which can be found in his paintings. Baron spent a lot of time in Geneva, where he had a second home with his Swiss wife Octavie Bovy. 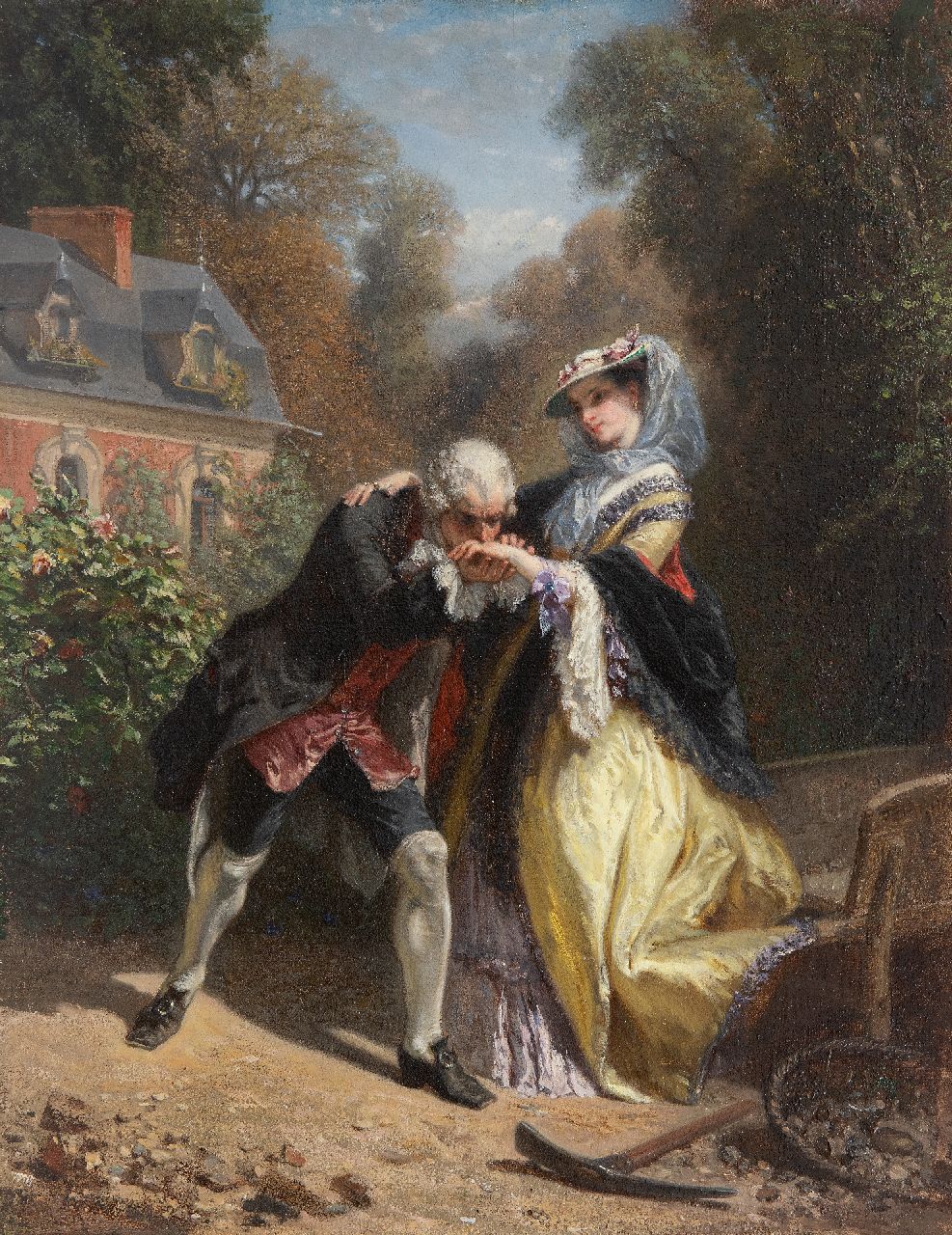