The carefully painted genre scenes by the painter H.E. Reijntjens were extraordinarily popular in the 19th century. They portrayed a romantic or sentimental event that appealed to the imagination of his contemporaries even more so than the 17th century Dutch genre pieces that served as his guide. The painter also paid ample attention to accurately capturing interiors, which were often historical, and used beautiful, warm colours. Reijntjens, who lived and worked in Amsterdam his entire life, learned the art of painting from the history painter J.A. Kruseman, who also taught David Bles a few years later. 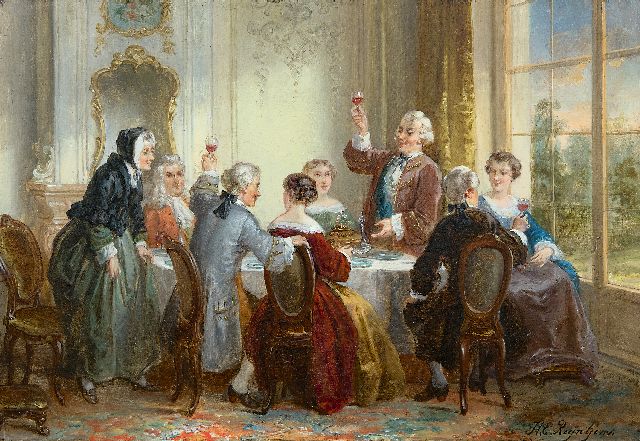 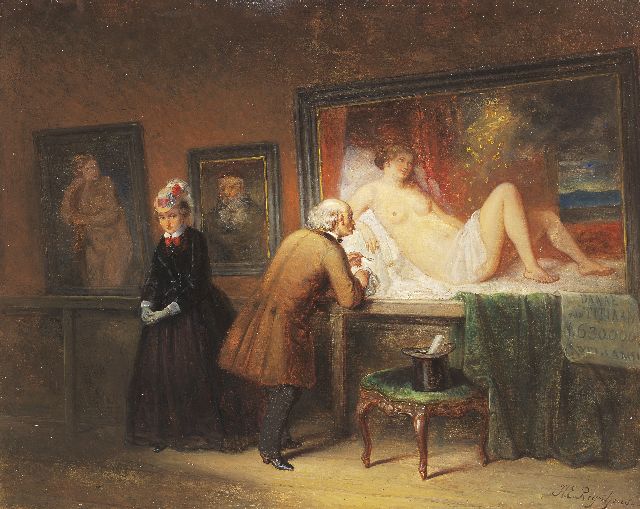 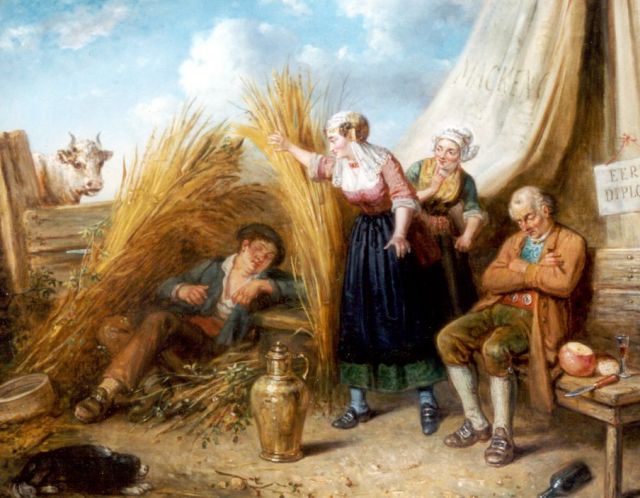 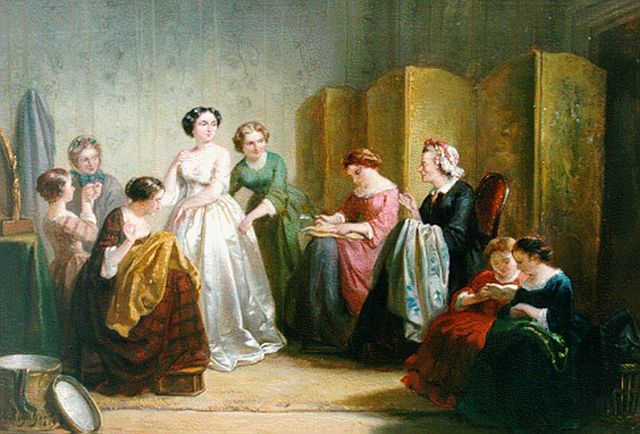 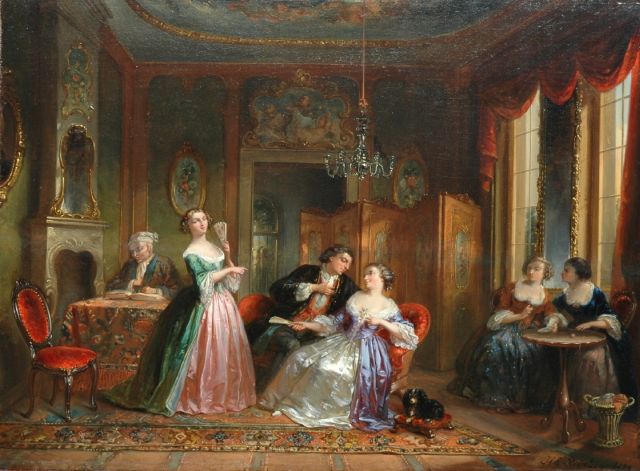 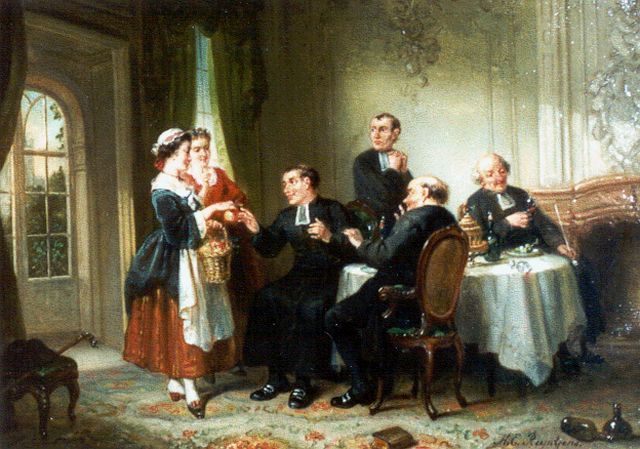 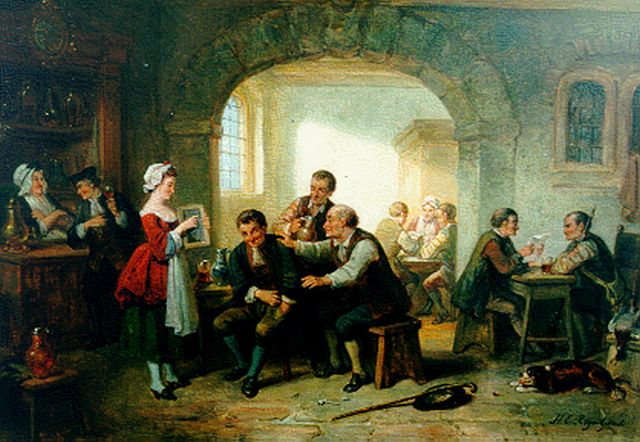 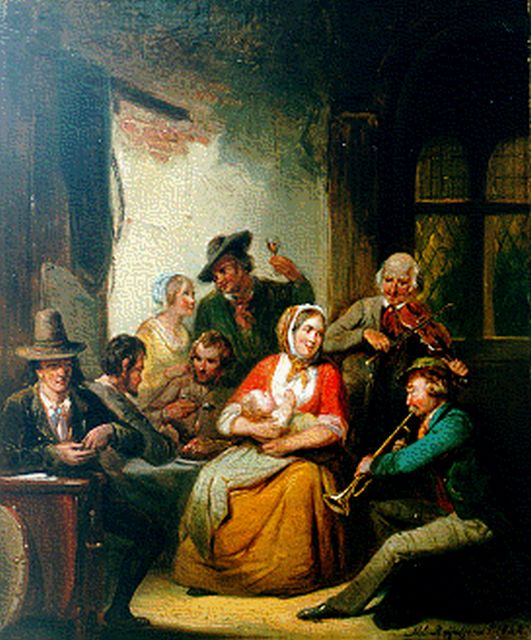 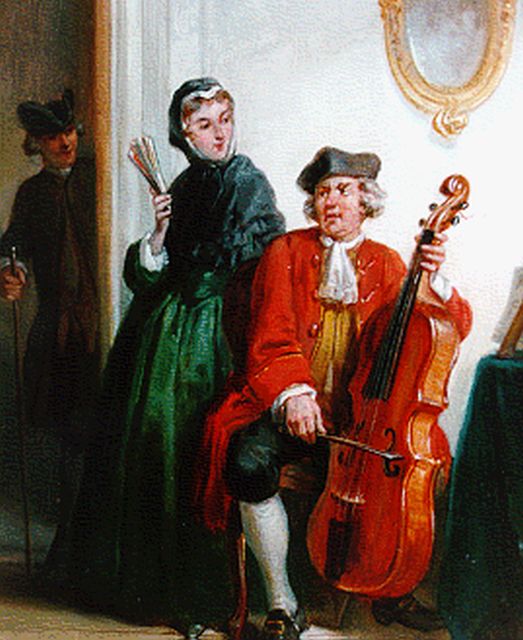 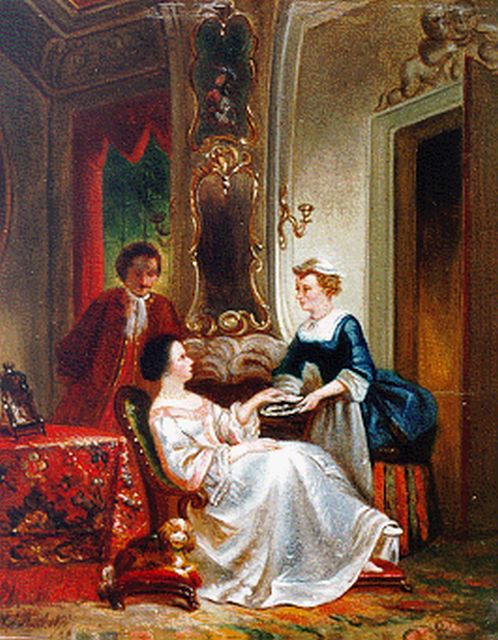 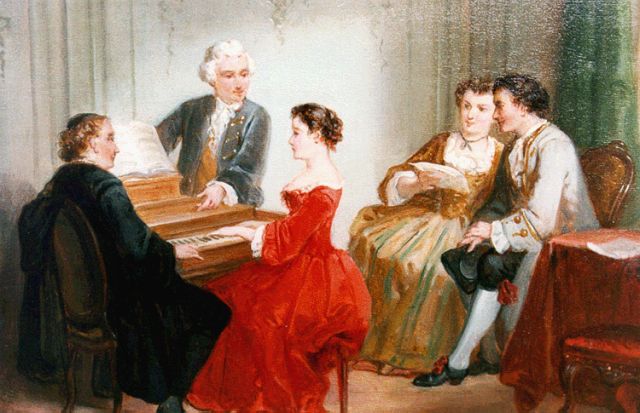 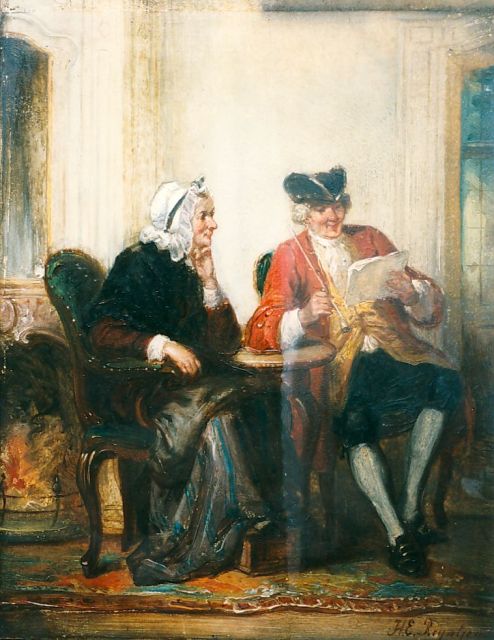 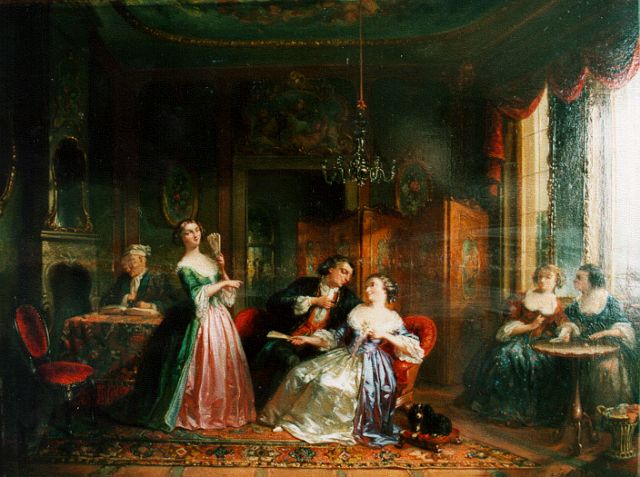 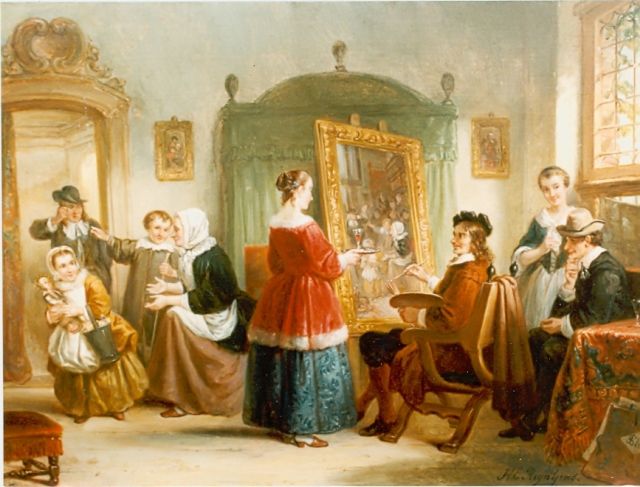 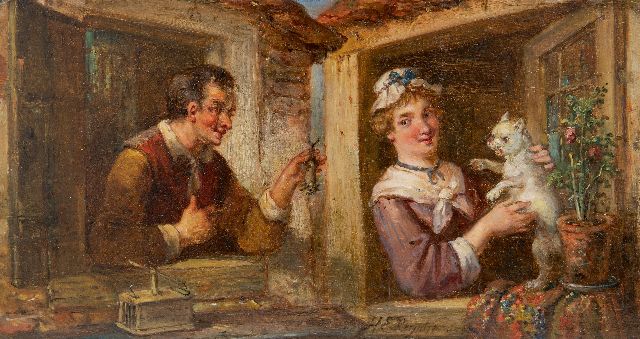 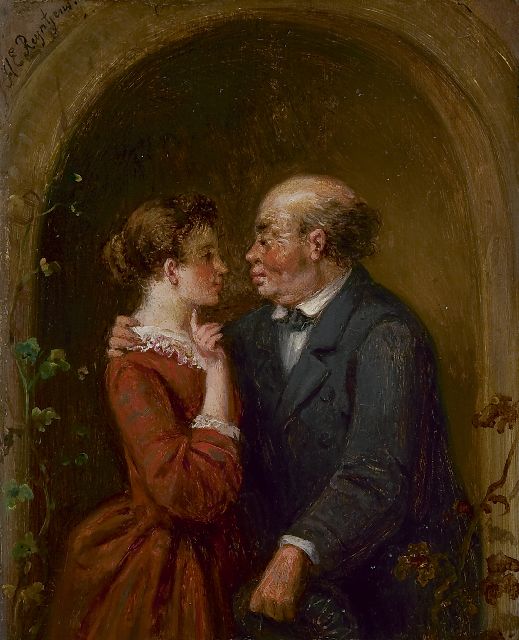 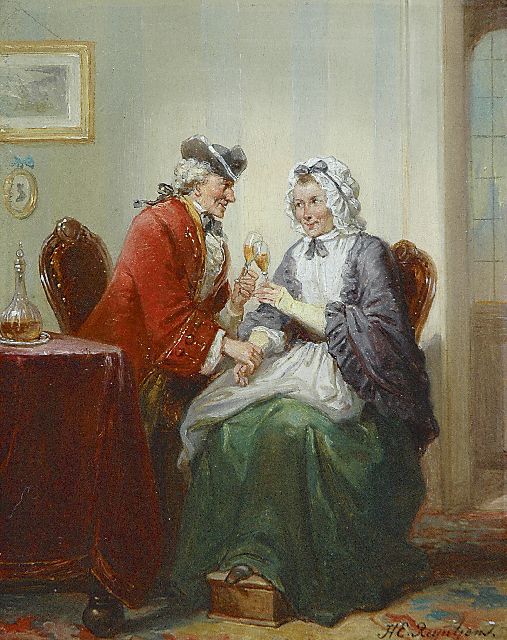