The English artist Henry Charles Bryant has mainly made a name for himself with detailed farm and market scenes and close-ups of animals such as cows, peacocks and guinea fowls. He was also praised for his portraits; one of his best-known works is the portrait of his contemporary writer Charles Dickens. The painter worked in London and Portsmouth, among others. Bryant's career reached its peak in the period between 1860 and 1880. During those years he was able to exhibit at the prestigious exhibitions of The Royal Academy. Bryant's last registered home was Derby Road in Portsmouth.

for salepaintings by Bryant H.C. 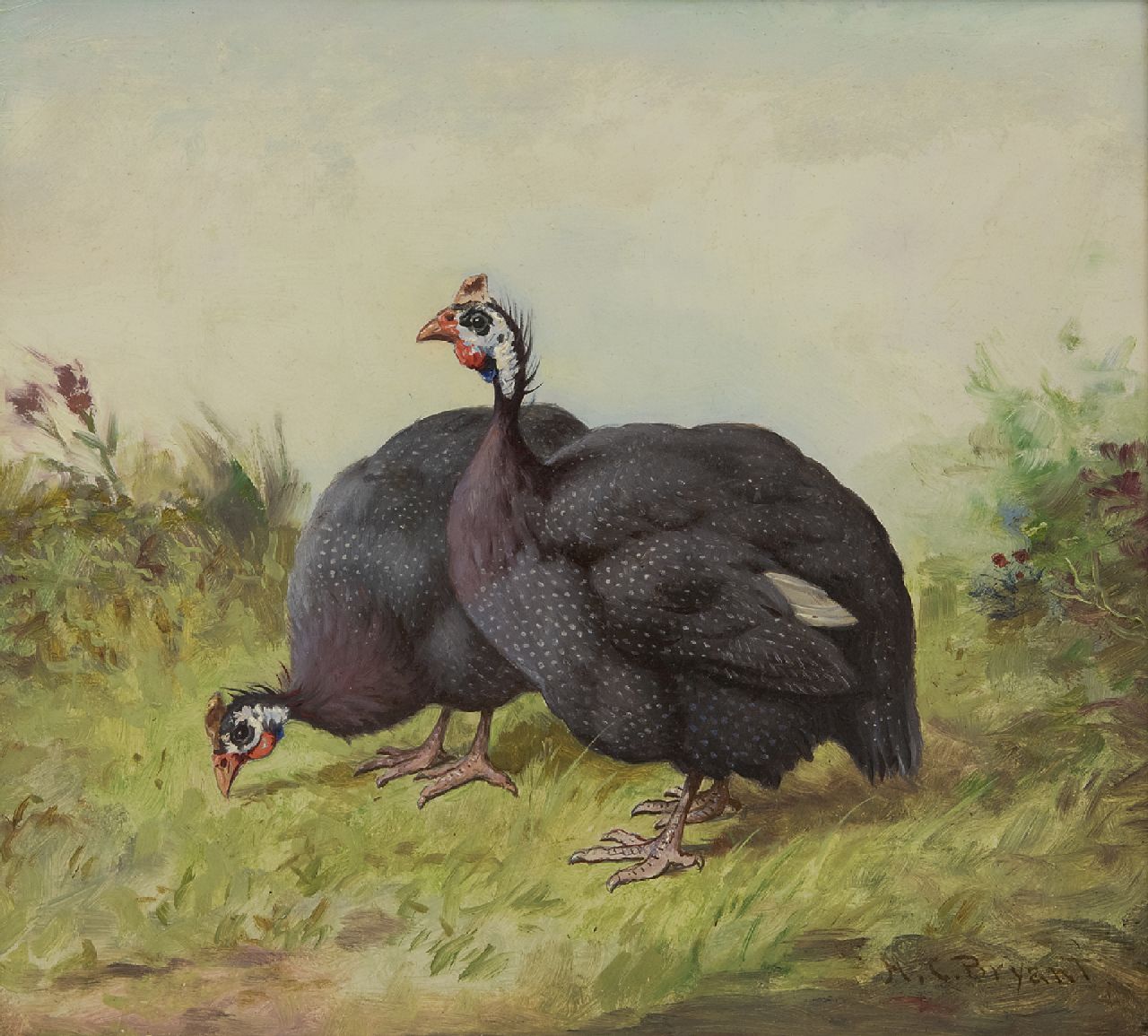 A pair of guinea fowls