Born in 1899 to a wealthy family in Arras, France, Henri Saint-Clair painted the coast of Normandy for most of his life. In his studio in Honfleur, he painted colorful, carefree depictions of families and friends on the beach near fishing villages such as Deauville, Honfleur and Trouville, as he knew from his youth. Sailing boats on the clear sea and swimmers were also a popular subject. The artist also had a studio in Paris, which resulted in a number of cityscapes. During his lifetime, Saint-Clair never made much effort to exhibit and sell his work. Only after his death in 1990 he was discovered by the general public.

for salewatercolours and drawings by Saint-Clair H. 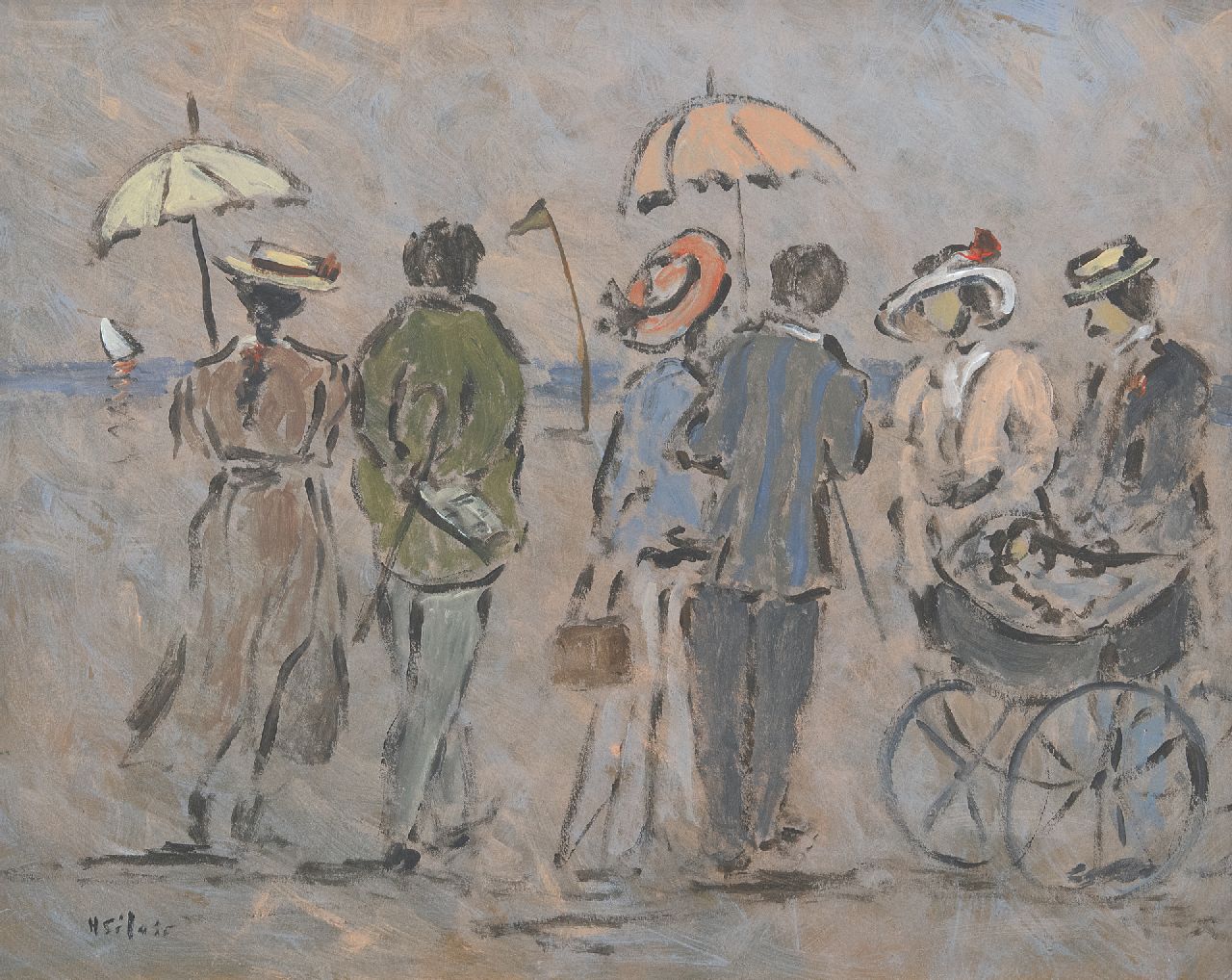 Figures on the beach