The painter-poet Henryk Gotlib, born in Krakow, Poland, played an important role in Polish modern art until 1940. He attended the academy in Kraków, then moved on to those in Vienna (1911-1913) and Munich (1913-14). Here he became acquainted with German and Austrian expressionism. After his return to Poland, from 1918 he was part of the Polish expressionist movement De Formisten. Like many young artists of his day, he eventually moved to Paris, then the Mecca of art, where he exhibited work at the Salons in the 1920s. In the 1930s he traveled through Europe: Italy, Greece, Spain and also England. He met his wife there and eventually continued to live there. As the only foreigner, he was invited to join the well-known artists' association The London Group. Gotlib made an important contribution to British modern art and his work is in many museum collections.

for salepaintings by Henryk Gotlib 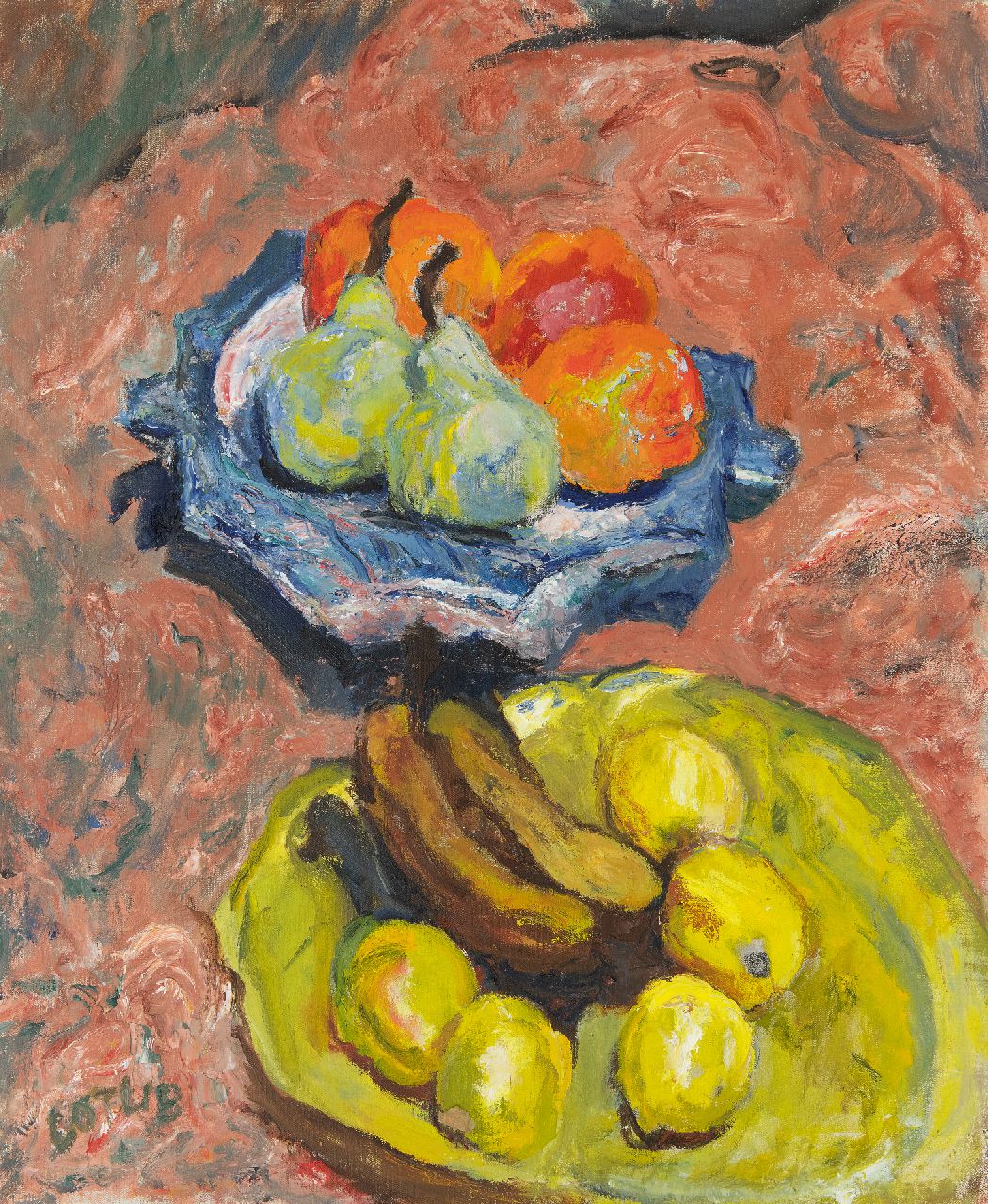