The Impressionist painter Herman Paradies produced topographical cityscapes of Amsterdam and Rotterdam in the first decades of the twentieth century. His impressions of Rotterdam, in particular, document the city's many small harbours, canals and bridges before it was bombed in the Second World War. After settling in Schiedam in 1940, Paradies took to painting older sections of the town. In 1992, the Stedelijk Museum Schiedam organised a retrospective of his work. 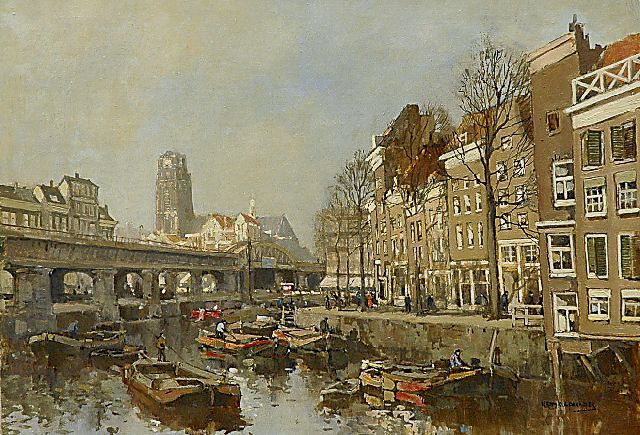 A view of the Kolk in Rotterdam 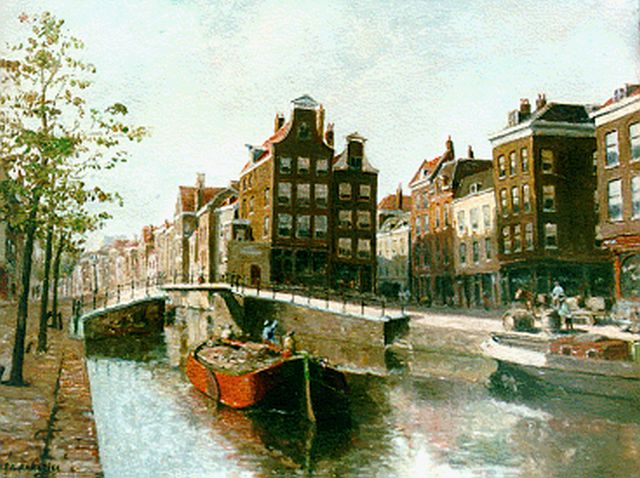 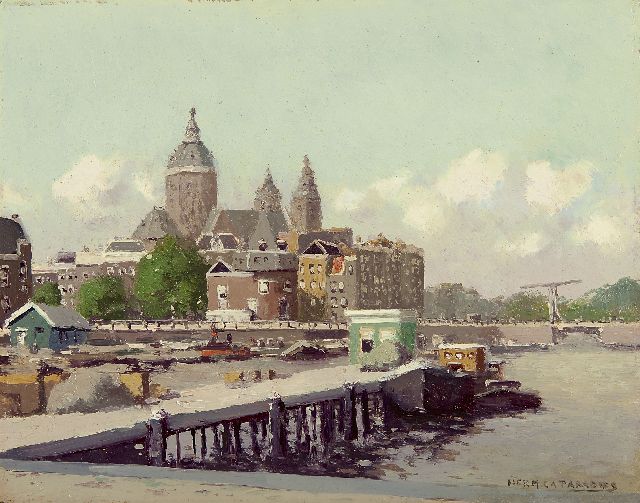 The Oosterdok in Amsterdam with the Schreierstoren and St. Nicolaaskerk 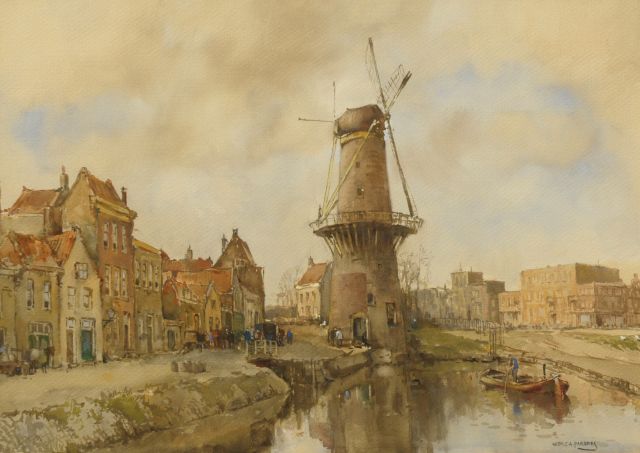