Herman Wolbert attended art classes not only at the Academie van Beeldende Kunsten in The Hague and the Kunstnijverheidsschool in Haarlem, but also at the École des Beaux Arts in Paris. Despite this education, he eschewed early twentieth century modern artistic currents to develop his own rather monumental style. His oeuvre spans a broad spectrum of themes, though with an emphasis on portraits and figures. He also supplied illustrations for magazines and other publications.

for salepaintings by Herman Wolbert 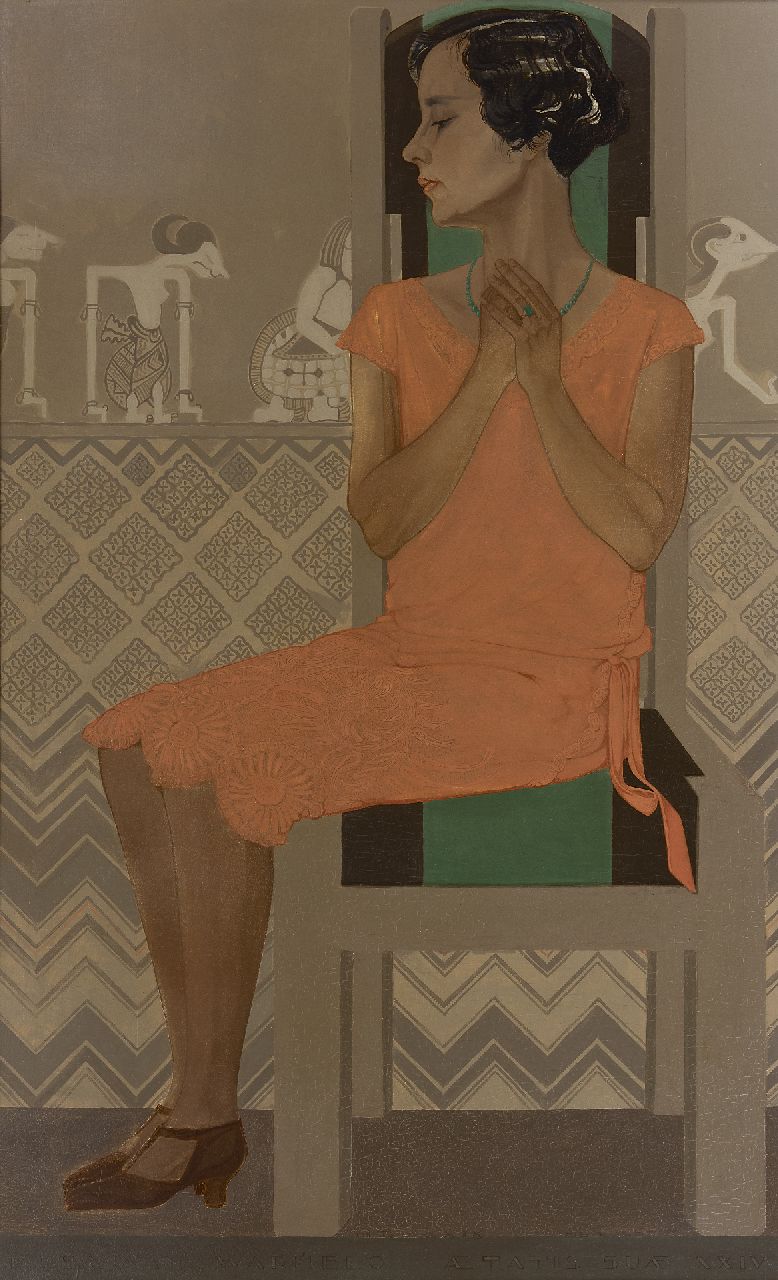