Ivan Mikhailovich Varichev is one of the best-known representatives of the 'Leningrad School of Painting' and is especially praised for his lyrical landscapes and colourful, atmospheric depictions of the Russian countryside. The Leningrad School was a leader in Russia between 1930 and 1970 and only became known in the West in 1976 through the retrospective exhibition 'The fine Arts of Leningrad' in Moscow. Varichev was recruited into the Red Army right after high school and did not begin his studies at the prestigious Leningrad Institute of Painting, Sculpture and Architecture until 1951. 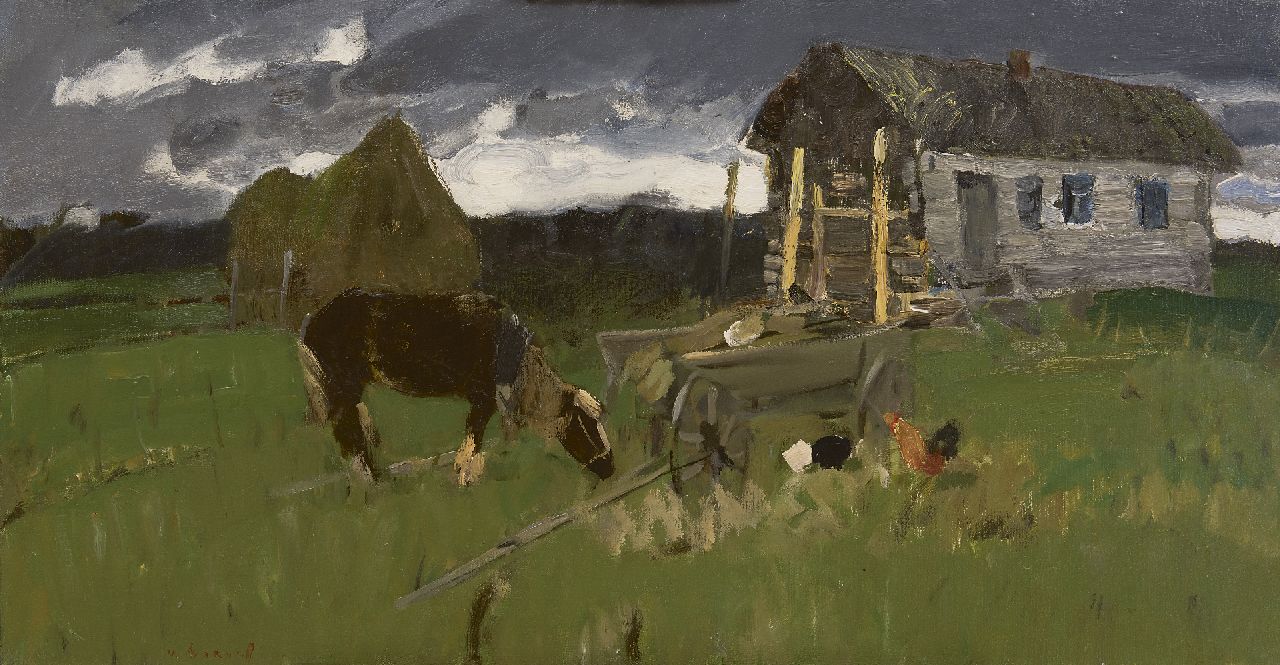 On the outskirts of the village