Jan Akkeringa Jr. grew up in an artistic environment: He was the son of the then famous impressionist Johannes Evert Akkeringa. In the garden of their house on the canal in The Hague, he and his one year older brother Leo and mother Mien Reedijk are regularly portrayed by his father. At a young age it turned out that he had talent himself too. He received his first painting lessons from his father, later he studied at the Hague Academy. With his teaching qualification he was a drawing teacher in Voorschoten until the war, after which he got a job as a cartographer at the ANWB. He is also a freelance artist and in his father's footsteps he paints city and village views and occasionally a still life. Until his death, Jan Akkeringa lived in Voorburg with his wife Corry van Haren, whom he married at the age of 54. 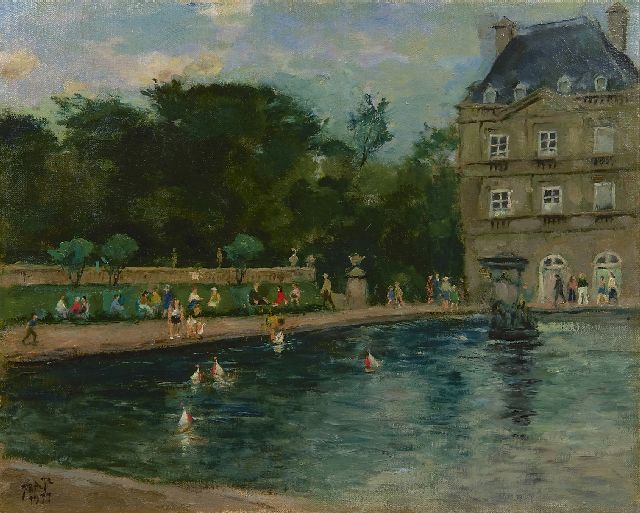 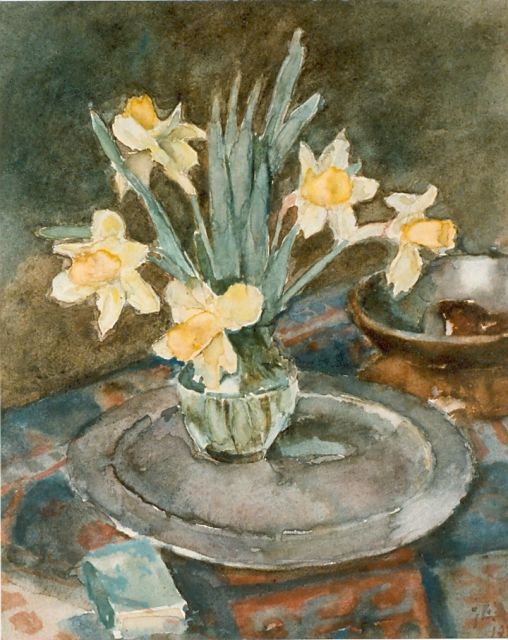 Daffodils in a vase