The oeuvre of the Rotterdam painter Jan Goedhart is thematically broad: he painted landscapes, especially that of South Holland and Flanders, cityscapes, still lifes, but also portraits and genre scenes. His style was more uniform: he mainly painted in an impressionistic-realistic style. Goedhart was educated at the academy in his native city. As an artist who had just graduated, he showed great promise, as evidenced by the many awards he received at the time: in 1939 and 1940 Goedhart was awarded the Royal Subsidy for Painting, in 1941 the Willink van Collen Prize, and in 1942 the Thérèse van Duyl-Schwartze Prize. In 1951 he was one of the founders of the Argusgroep in Rotterdam and was a member of the Association of The Hague Watercolourists and of Pulchri Studio.

for salewatercolours and drawings by Goedhart J.A. 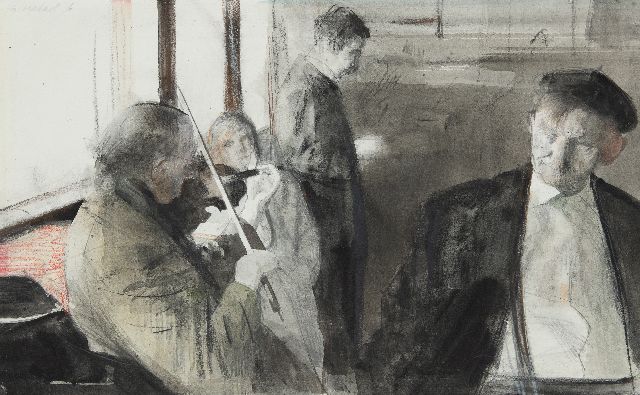 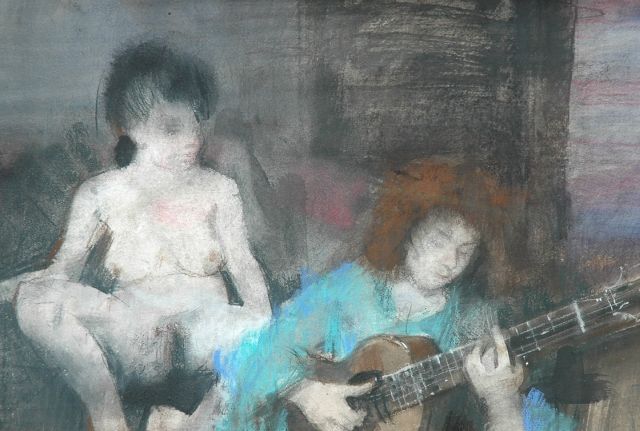 A musician and a nude woman