Jan Bor was educated at the training college in his hometown Nijmegen, but did not teach. He did work, however, as an advertising artist and dance teacher. As a painter he was self-taught. In the second half of the 1930s, Bor's style took shape, influenced by the then prevailing magical realism. Charley Toorop, it is said that she around 1940 gave him advice and some lessons, which can be seen in his work, especially in the penetrating portraits. His still lifes are related to those of Raoul Hynckes and Dick Ket. Bor was a double talent: he was not only a visual artist, but also a gifted violinist.

previously for salepaintings by Bor J. 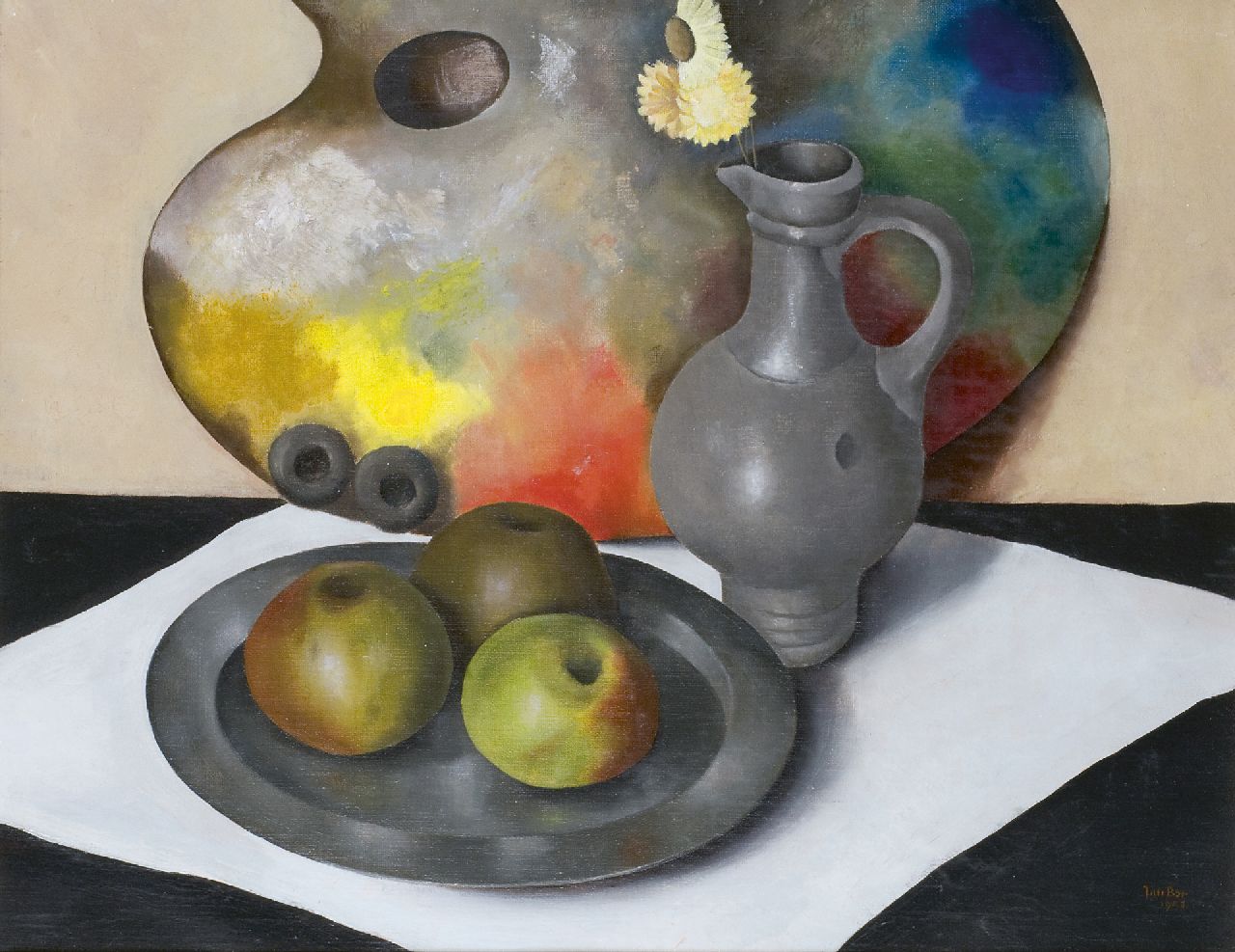 Still life with palette, apples, tinware and a jug, 1943