The romantic painters' fascination with the mysterious forces of nature led to the revival of the 17th-century genre of the nightscape, also known as the 'nocturne', in the mid-19th century. Jan Hendrik van Grootvelt also specialized in painting interiors and street and market scenes by candle and lamplight. He was educated at the Royal School in Den Bosch. His painting talent was rewarded early on: in the 1826/27 school year he was awarded a medal for his work. Van Grootvelt regularly submitted his work in the period 1830-1837 for the annual Exhibition of Living Masters; his work has been shown to a large audience in, among others, Den Bosch, Amsterdam, The Hague and Rotterdam. 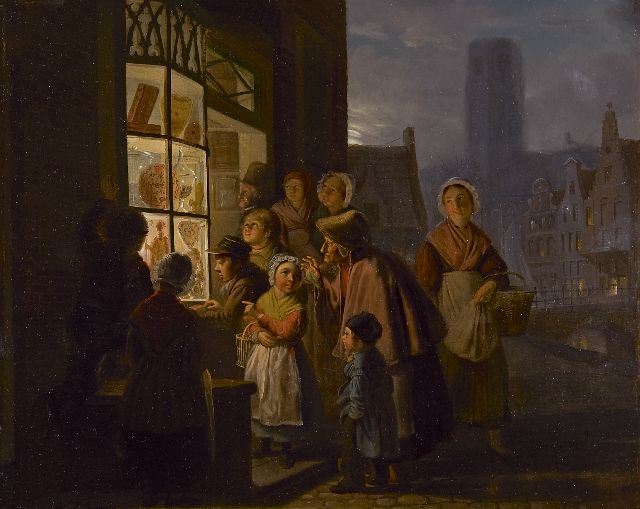 Admiring candy for the feast of St Nicholas 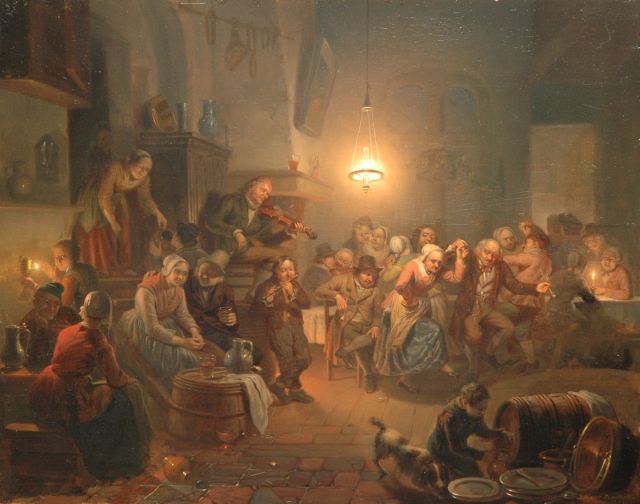 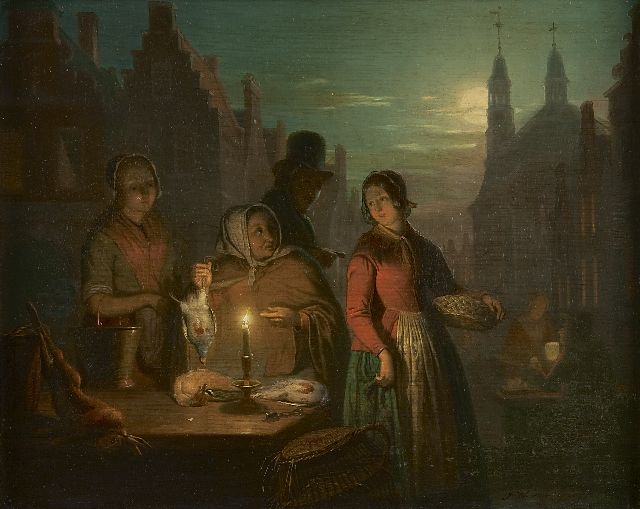 The evening market in Ravenstein 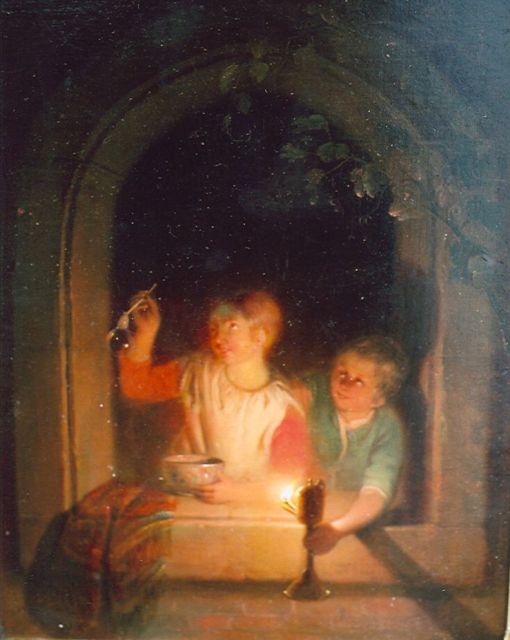 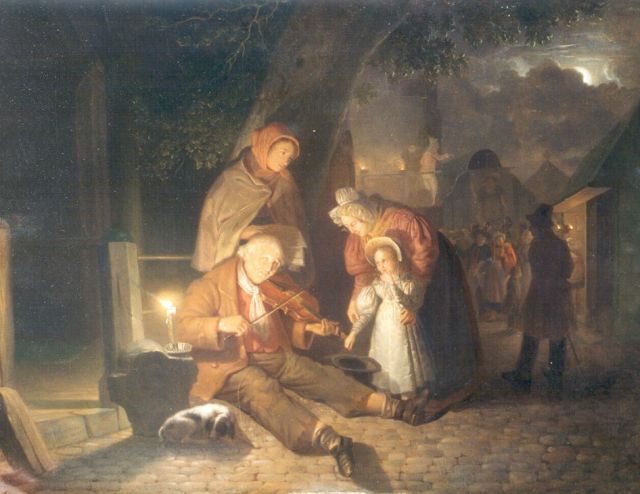