Mathias Hul, son of the artist Mathieu Hul, painted, drew and made woodcuts. Figure pieces, portraits, landscapes and also religious subjects appear in his oeuvre. During his education at the applied arts school in Maastricht, he was taught by H. Jonas and his father. He later studied at the Rijksacademie in Amsterdam where he was apprenticed to J.H. Jurres and H.J. Wolter. In 1929 his work, together with that of 6 other Limburg expressionists, was part of the group exhibition '7 Limburgse Jongeren' in the Stedelijk Museum in Maastricht. Hul made several study trips to France, Spain, Italy and Morocco and in 1934 he received the 'Prix de Rome'.

for salewatercolours and drawings by Jan Hul 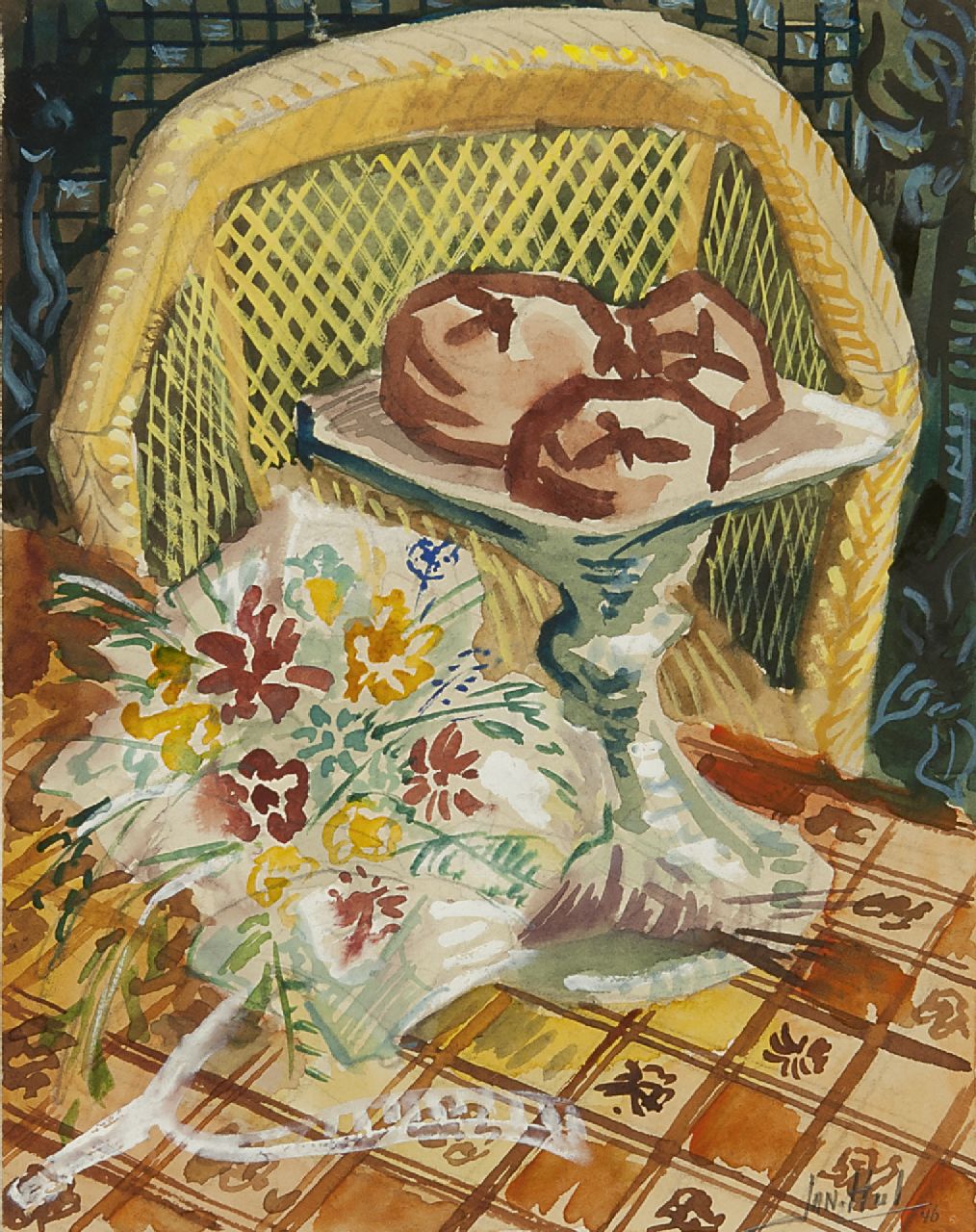 A still life with bouquet and a dish of puffs, 1946