Born in Vorden in 1833, Jan Jacob Zuidema Broos's artistic talents were apparent early on, and at the age of 19 he left for Amsterdam. Over the following ten years he took various study trips to Germany and also lived in Brussels and in Paris. As well as minutely detailed townscapes he also painted and drew people socialising outdoors and narrative genre scenes, often laced with subtle humour. Whilst in Paris he also painted fans for the Russian court, and he is known to have composed operettas and painted stage sets during this period as well. Around 1870 Broos returned to Paris for good, where he died in 1882.

previously for salepaintings, watercolours and drawings by Zuidema Broos J.J. 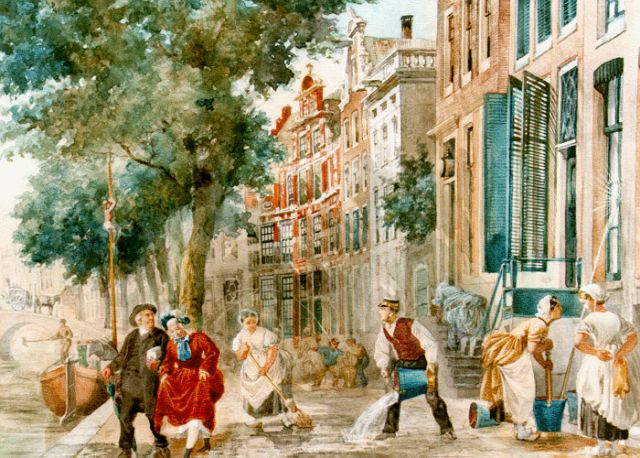 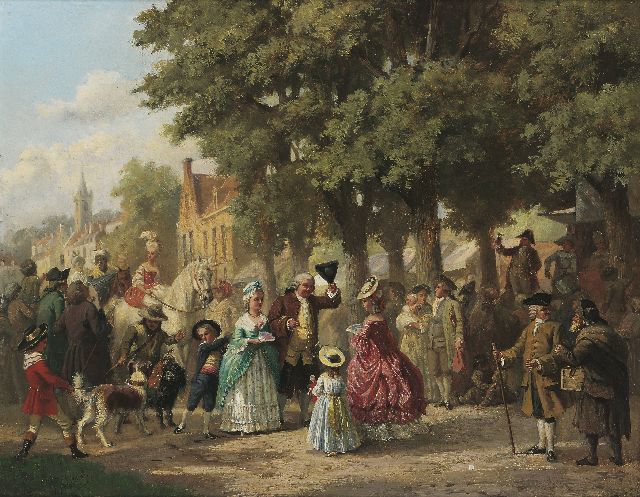 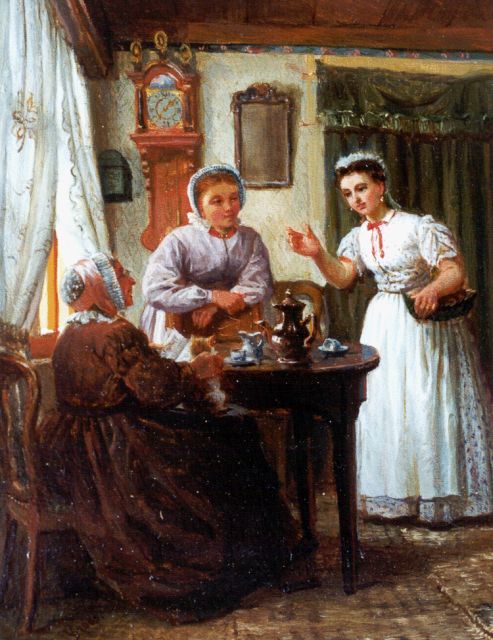 for salepaintings, watercolours and drawings by Zuidema Broos J.J. 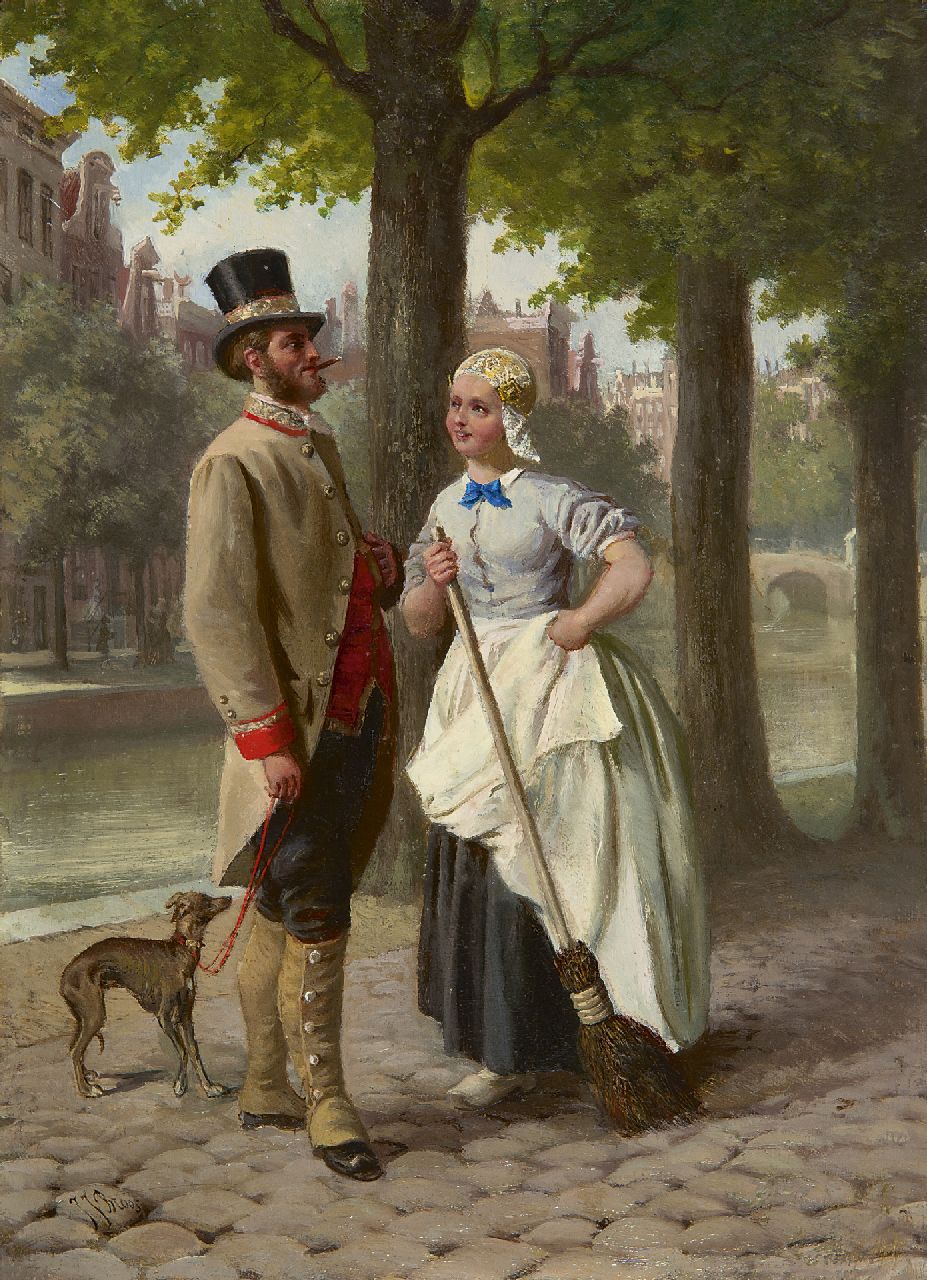 Romance along the canal, Amsterdam