Jan Stekelenburg belonged to the first group of post-war abstract painters in our country. He was born in Maasbree in 1922 and trained at the Rijksacademie in Amsterdam from 1947 onwards. There he was included in the group of painters who wanted to compete with traditional visual art through abstraction and experiment. Around 1955, Stekelenburg became a member of the Liga Nieuw Beelden, an artists' association to which most modernist working artists and also the former Cobra members at that time joined. He exhibited in 1955 at the famous Marcel Bernheim gallery in Paris.

for salepaintings by Stekelenburg J.

previously for salepaintings by Stekelenburg J. 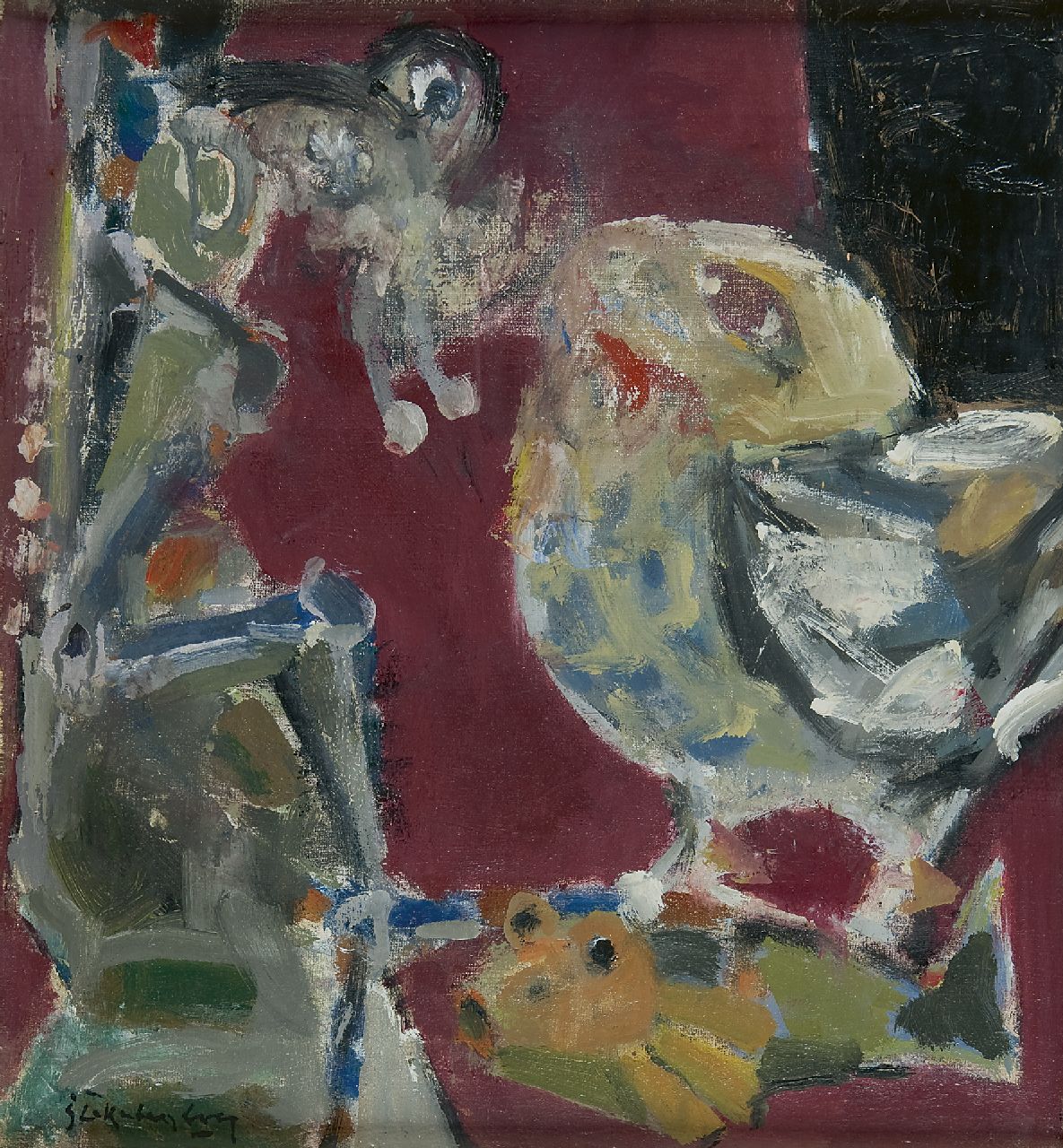