The idiosyncratic and artistically gifted Jan Verkade, son of the founder of the Verkade factories, wanted to become a painter at an early age. He received his first lessons from Hendrik Johannes Haverman in Amsterdam and attended the Rijksacademie there from 1887 to 1889. During this study period he regularly went out with his brother-in-law Jan Voerman, who also lived in Amsterdam. For the next two years, Verkade lived in Hattem, where he often works outside to draw and paint the meadows and the cows. Jan Voerman gave him the necessary instructions. In 1890 Verkade became fascinated by the radical innovations in French painting, in particular those of Paul Gauguin and his circle. In the early spring of 1891 he left the Netherlands for Paris forever. There he met Gauguin and Paul Sérusier through his friend Meyer de Haan and was included in the artists' group Les Nabis. These artists emphasize a more spiritual perception of the subject rather than the outward appearance. Faith, idea or feeling had to be expressed in simple shapes and surfaces and a unique use of color. Verkade takes part in some of Les Nabis's group exhibitions and his work also displays many of the characteristics of the Nabis artists. In 1892 his mystical and spiritual quest led to his conversion to Catholicism, after which his art took on a religious character. He is ordained a priest in 1902 and continues through life as Dom Willibrord Verkade.

for salepaintings by Jan Verkade 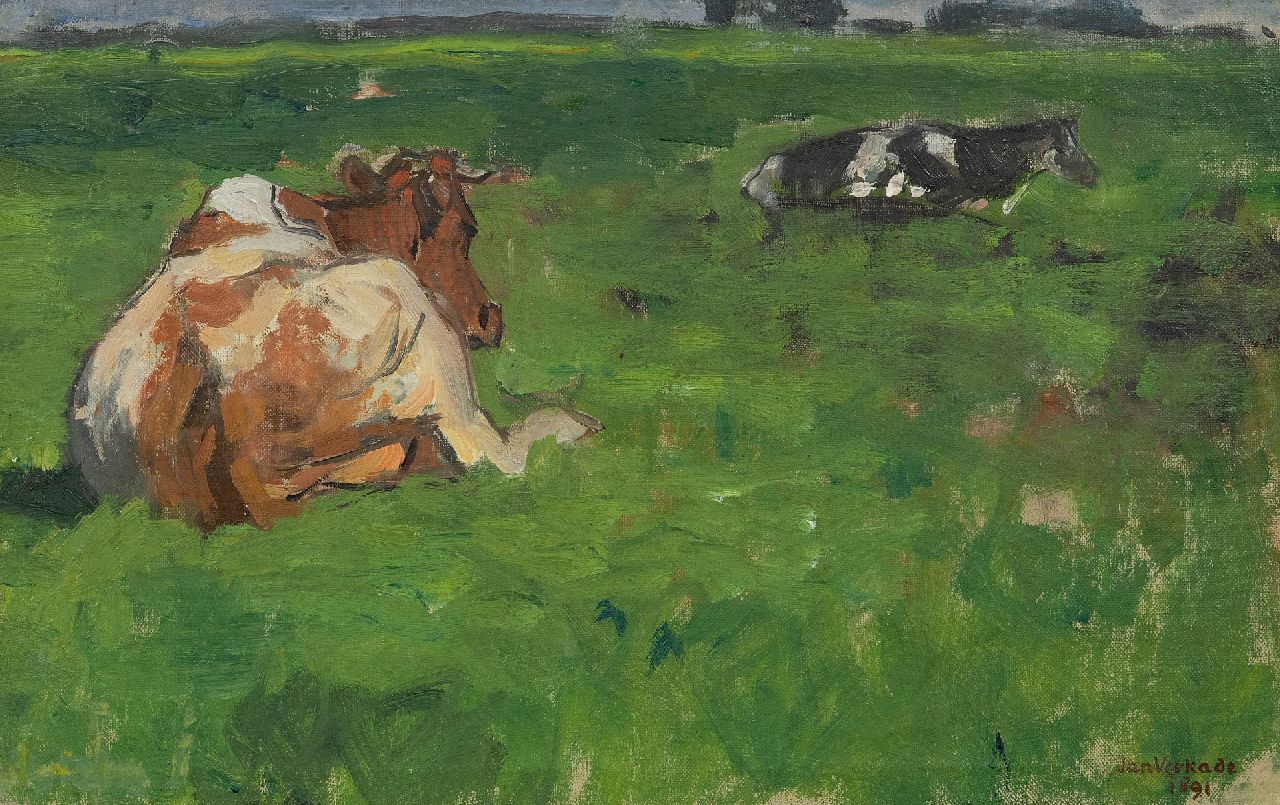