Jannes de Vries, Ploeg painter 'après la lettre' initially drew his inspiration from the travels he undertook as a young artist to France, Switzerland, Italy and North Africa. Back in the Netherlands he joined the Groningen art circle De Ploeg and discovered the Groningen landscape, which with its space and light became one of his most important sources of inspiration. With his easel and box tied to the back of his bicycle, he crossed the province in all weathers. He saw the beautiful Groningen country as it still partly is today; heavy, black-blue clay, lemon-yellow rapeseed and deep-gold wheat, threatening, dark clouds, Romanesque churches and farms in their characteristic colours. De Vries' use of color changed over the years; his colors became harder and harder, almost fluorescent, and his brushstrokes became more and more powerful. His technique also changed with the passing of the years; for example, he increasingly used the back of his brush and regularly took up the palette knife. His work then takes on an expressionistic color scheme that was characteristic of De Ploeg's early years, but which contrasted sharply with the work of his Ploeg friends, who now worked in a much more moderate impressionistic touch.

Jannes de Vries, born in Meppel, starts as the youngest clerk at a law firm in his native city, where his client discovers his talent for drawing and enables him to go to Amsterdam in 1920 to follow a course at the Rijksnormaalschool for Drawing Teachers. After completing this, De Vries left for Paris in 1923 where he enrolled at the rather traditional École Nationale Supérieur des Beaux Arts. However, he leaves there after a few months to travel in Italy and North Africa. His working method is changing in Morocco and Tunisia. “I experience more and more that I have to hold a total image of movement and let this 'seen' grow in me. This is how my field of work shifts from outside to inside, although I still come home with mountains of notes,' he wrote. Because painting 'after nature' was not self-evident in an Islamic country, he observes on the street and then elaborates the sketches in his studio. Tunisia and Morocco inspire him to high points in his work, including his Biblical scenes and characters. He would return there regularly in his life.

In 1925, just a year ago back in the Netherlands, De Vries started as an art teacher at the Stedelijk Gymnasium in Groningen, where he continued to work until his retirement in 1966. In that year he also joins De Ploeg, but he continues to feel like a strange bird in the company and gives up his membership again. Perhaps his work as a teacher and his family also consume a lot of time, perhaps the work from his early period in a cubist-tinted design language does not fit in well with the fierce expressionist works of de Ploeg in those years. In the meantime, De Vries starts a design agency that is very successful – he designed the Tjoklat logo, as well as the packaging for Red Band pastilles and Broekema's coffee and tea. There is not much time left for his free work, but the realistically tinted works he makes are more in line with those of his colleagues from the Groninger Ploeg, who worked in a more moderate, impressionistic palette after the 1930s. Only after 1940 – and certainly after his retirement in 1966 – will De Vies fully resume his free work.

From the war, Jannes Vries uses a more expressive brushstroke and opts for a brighter use of color, which he alternates with work with an impressionistic tone. At that time, De Vries also became a member of De Ploeg again. Various retrospective exhibitions, the award of the Cultural Prize of the Province of Groningen and his appointment as an honorary member of De Ploeg show that his work was highly valued at the time. In those years his work forms a remarkable contrast with that of the other Ploeg members, who started to paint more conservatively. According to Johan Dijkstra, Jannes de Vries was more of a Ploeg painter of the last hour than the first.

for salepaintings, watercolours and drawings by Jannes de Vries 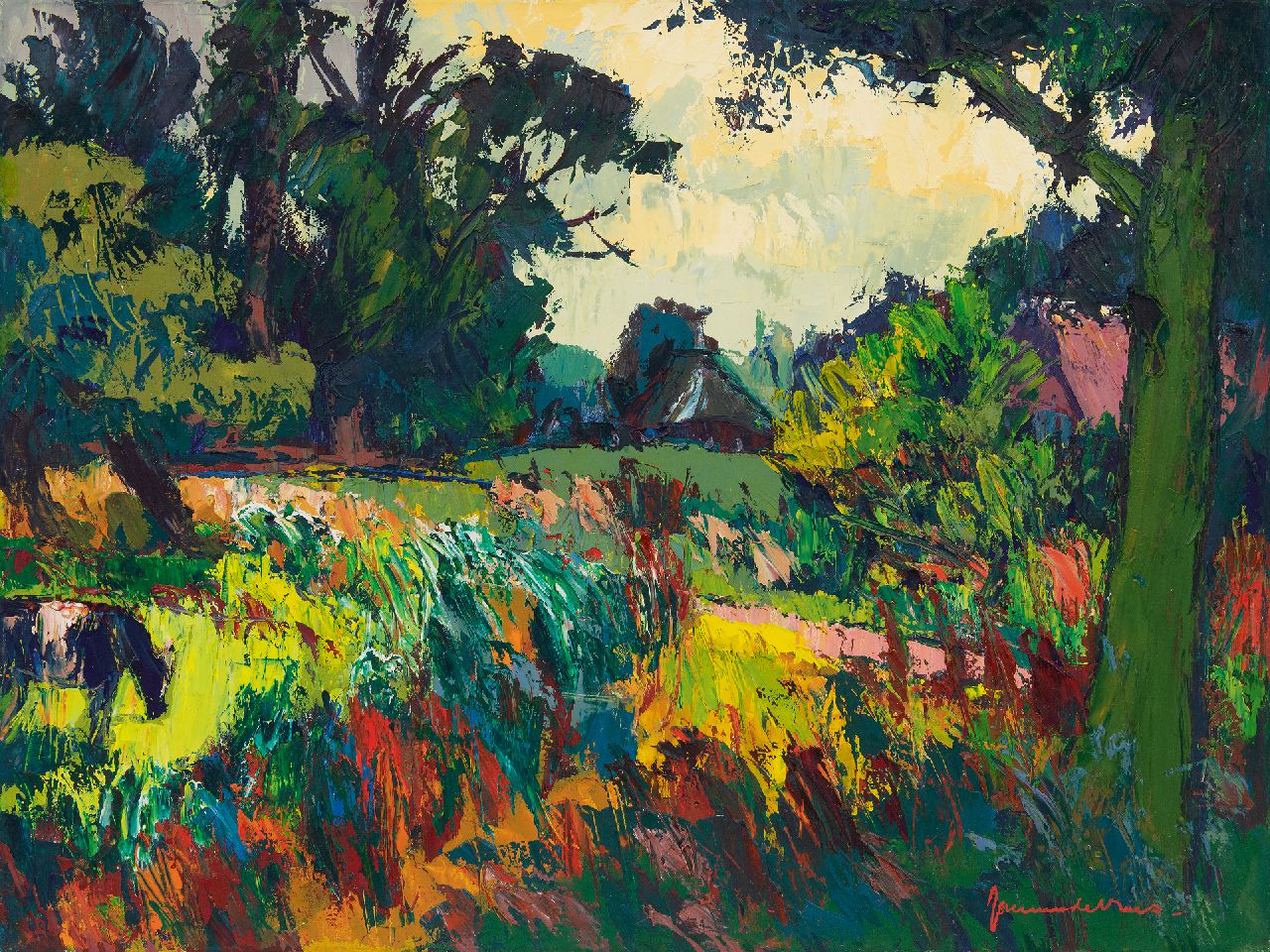 previously for salepaintings, watercolours and drawings by Jannes de Vries 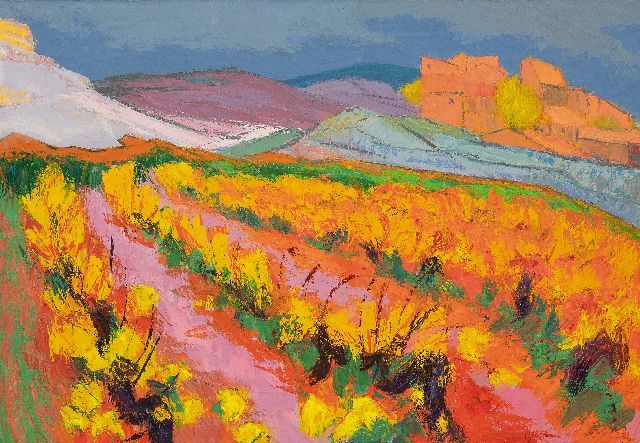 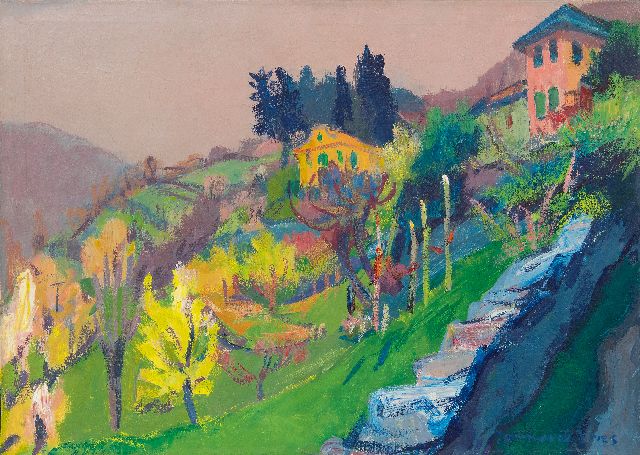 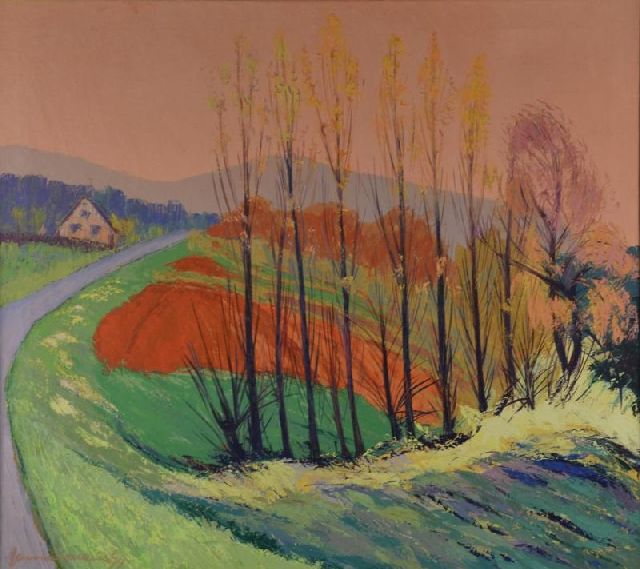 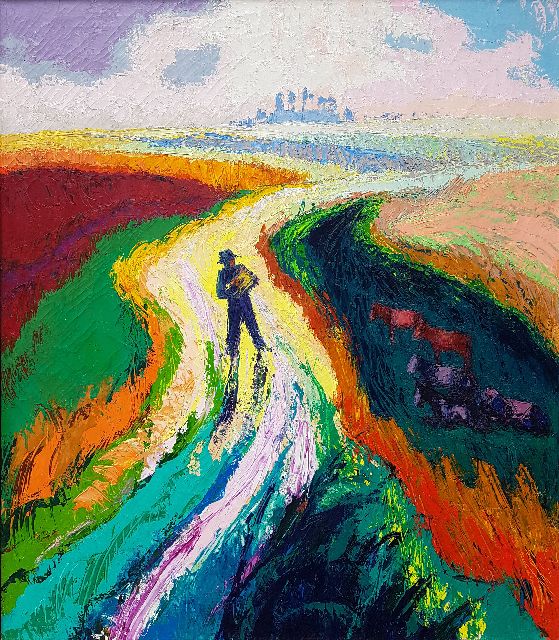 A man on a country road 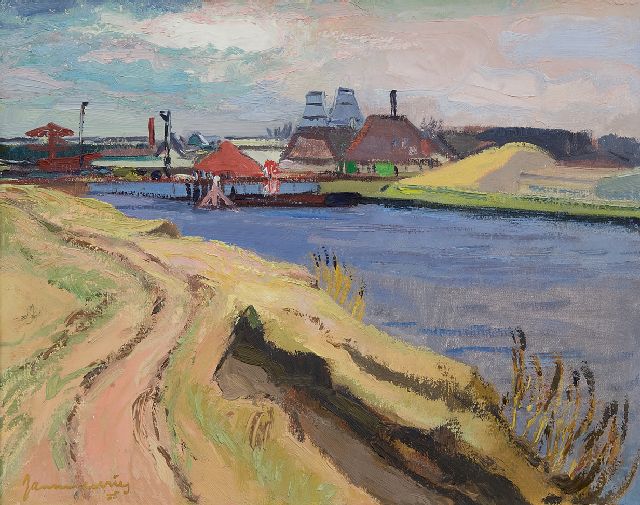 Lime kilns along the Reitdiep, Groningen 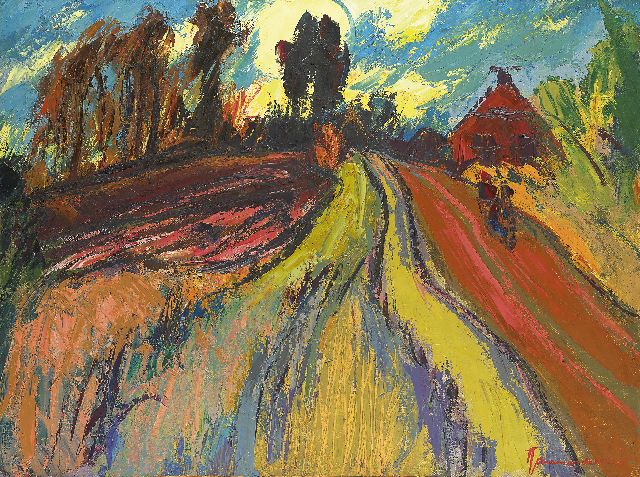 A sandy road near Wetsinge-Sauwerd 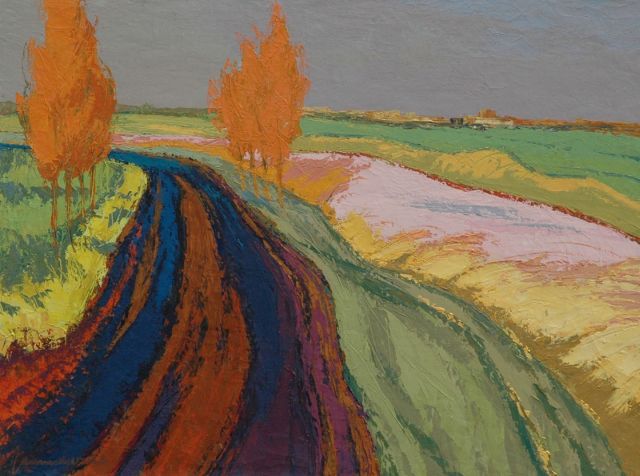 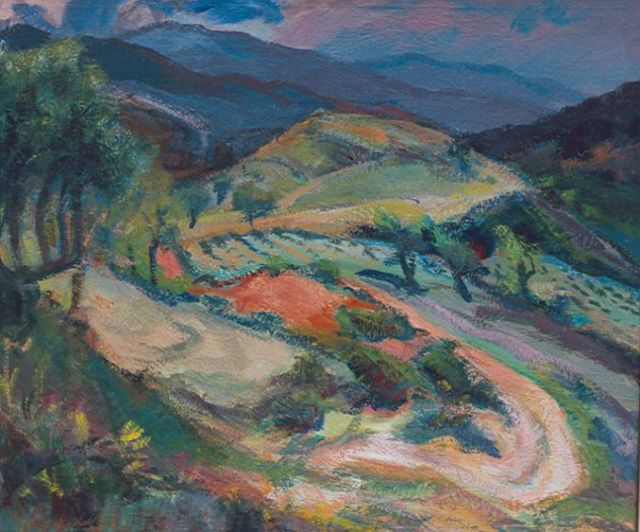 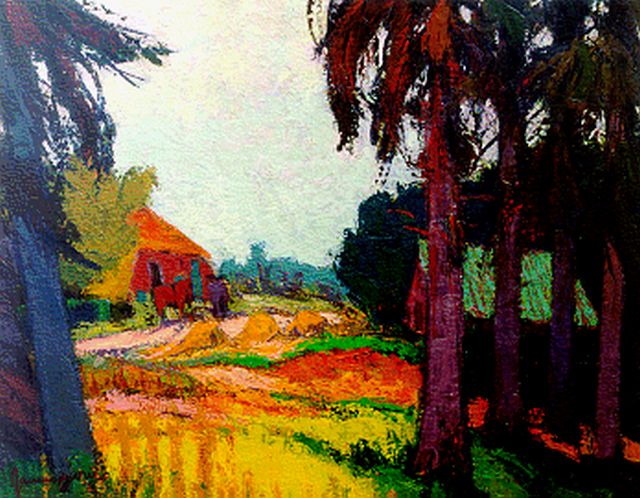 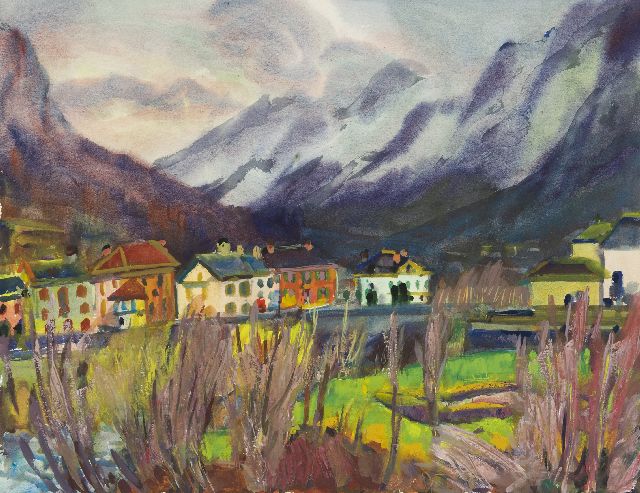 Bignasco in the Maggia valley, Italy 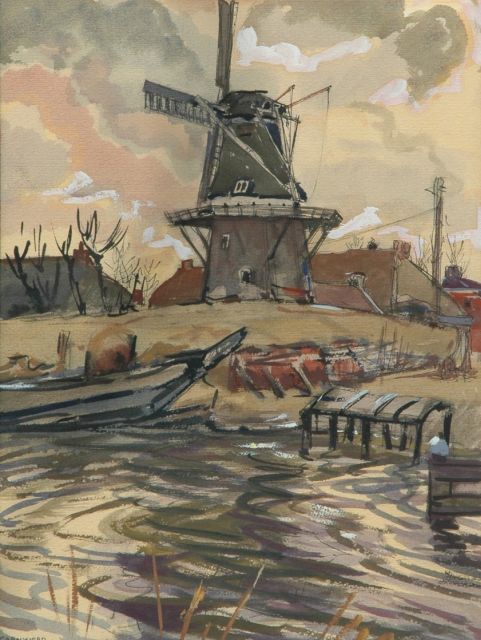 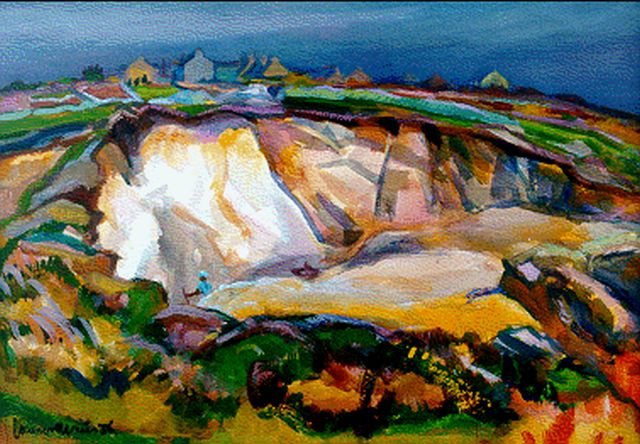