Jean Dufy, 11 years younger than the French Fauvist Raoul Dufy (1877-1953), followed his brother from Le Havre to Paris to become a painter. Although Raoul would become best known to the general public, there was a close bond between the two artists and there are strikingly many similarities in their work: both were versatile and had a preference for themes such as the sea, harbors, their studio and mundane life Paris and Nice, which they designed in a distinctly colorful palette. Jean Dufy liked to be in circles of musicians and circus and theater performers, whom he frequently portrayed. He traveled a lot, including in the 1950s to the Netherlands.

for salewatercolours and drawings by Dufy J. 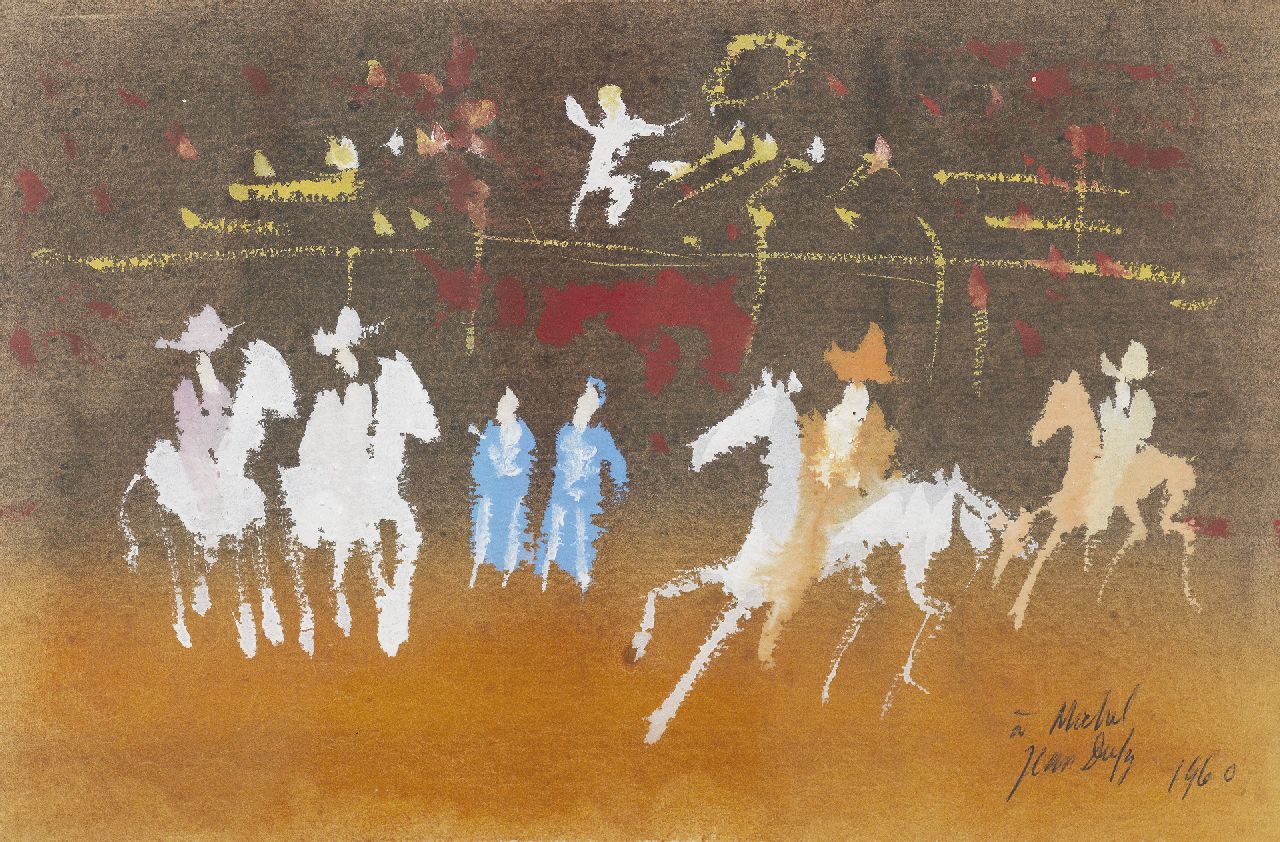