Belgian-born Jef Verbrak studied first at the art academy in Brussels and then on a scholarship in Paris. He made his debut in 1952 with a show at the Centre for Fine Arts in Brussels. Where his work from that period is figurative, Verbrak later tended increasingly towards abstraction, with subjects including highly fragmented landscapes. In 1974 he took a teaching post at the art academy in Charleroi. During this period he experimented with what he called ‘chemical’ paintings, made using synthetic resin and other media. 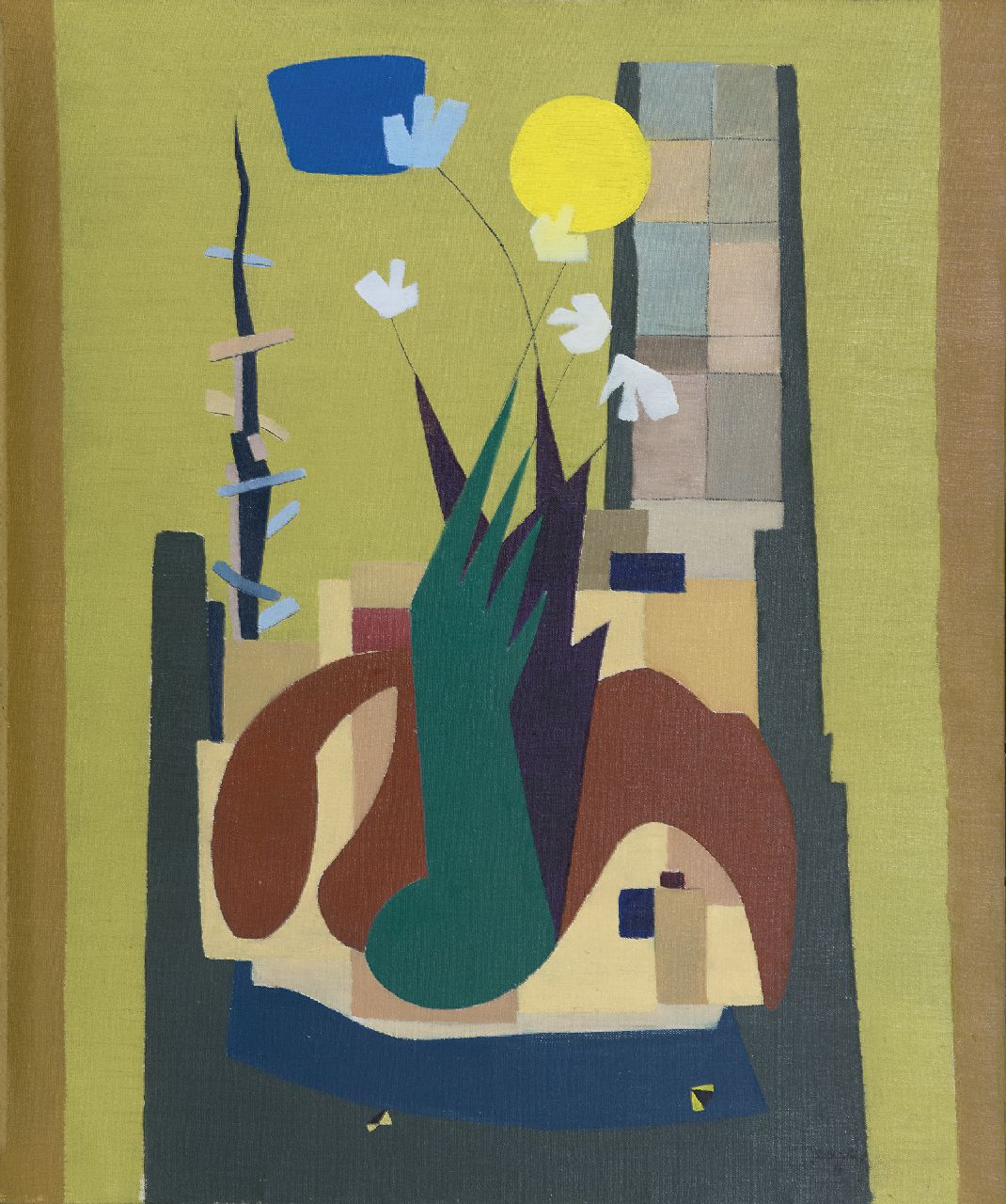