After being taught painting at the Rijksnormaalschool voor Teekenonderwijs, Amsterdam, Jo Koster spent three years in Blanc Garin’s atelier in Brussels, where she met artists from the international modern movements Les XX and La Libre Esthétique. The first two decades of the 20th century represent the zenith of Koster’s oeuvre. She worked in Laren, Staphorst and Hattem, painting landscapes, peasants and the occasional still-life in a modern, Neo-Impressionist style. Notwithstanding, she had no wish to be ‘modern’ as such and based on her own feelings sought a highly personal form of expression.

previously for salepaintings, watercolours and drawings by Jo Koster 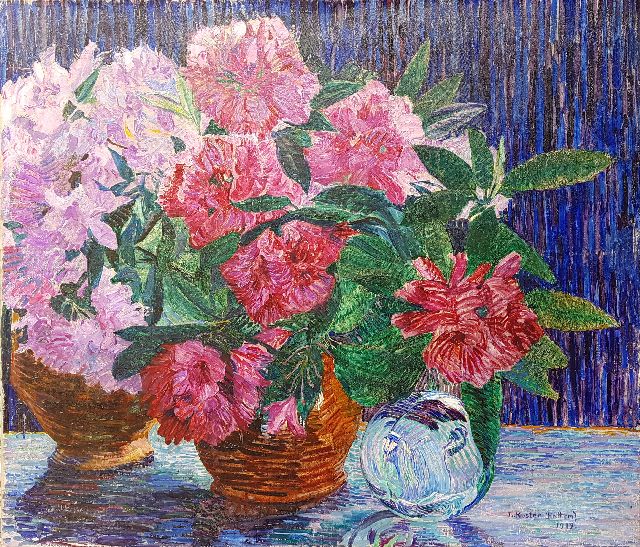 Rhododendron branches in a vase 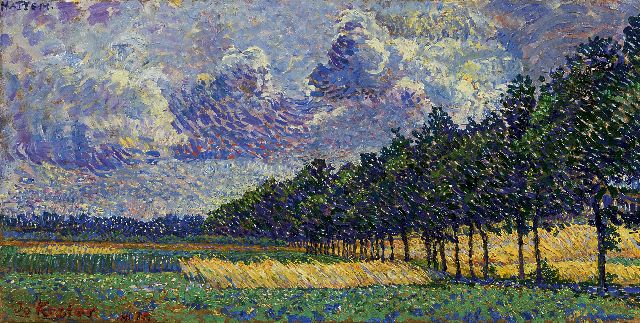 A summer landscape near Hattem 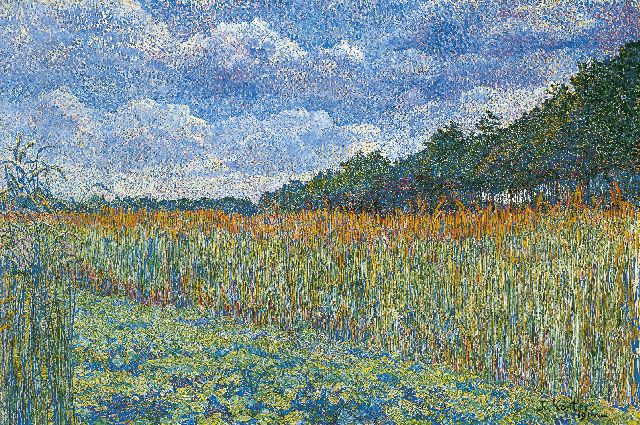 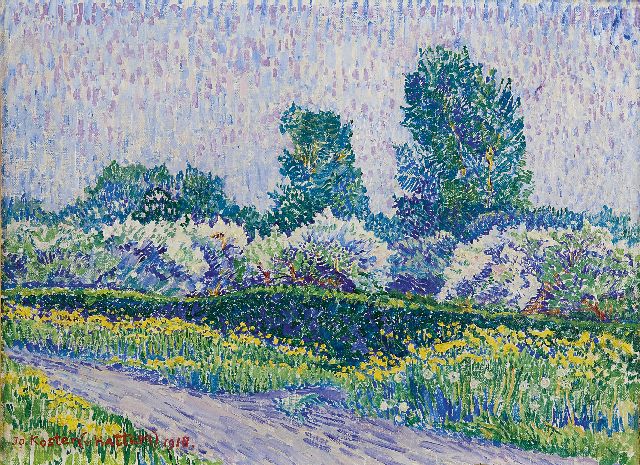 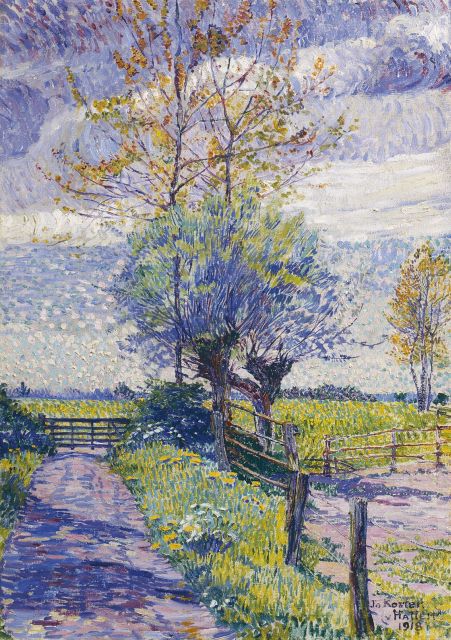 A country lane in spring 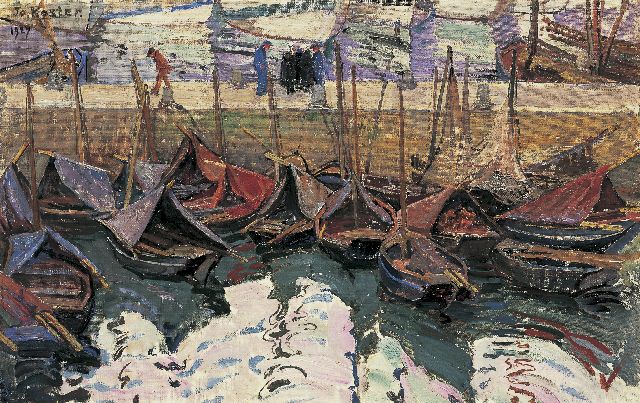 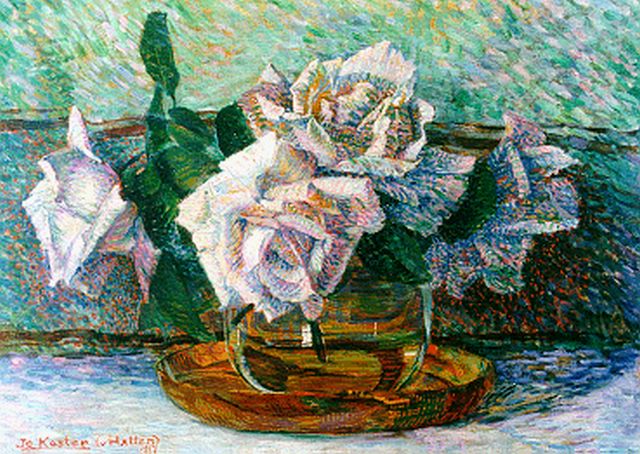 for salepaintings, watercolours and drawings by Jo Koster 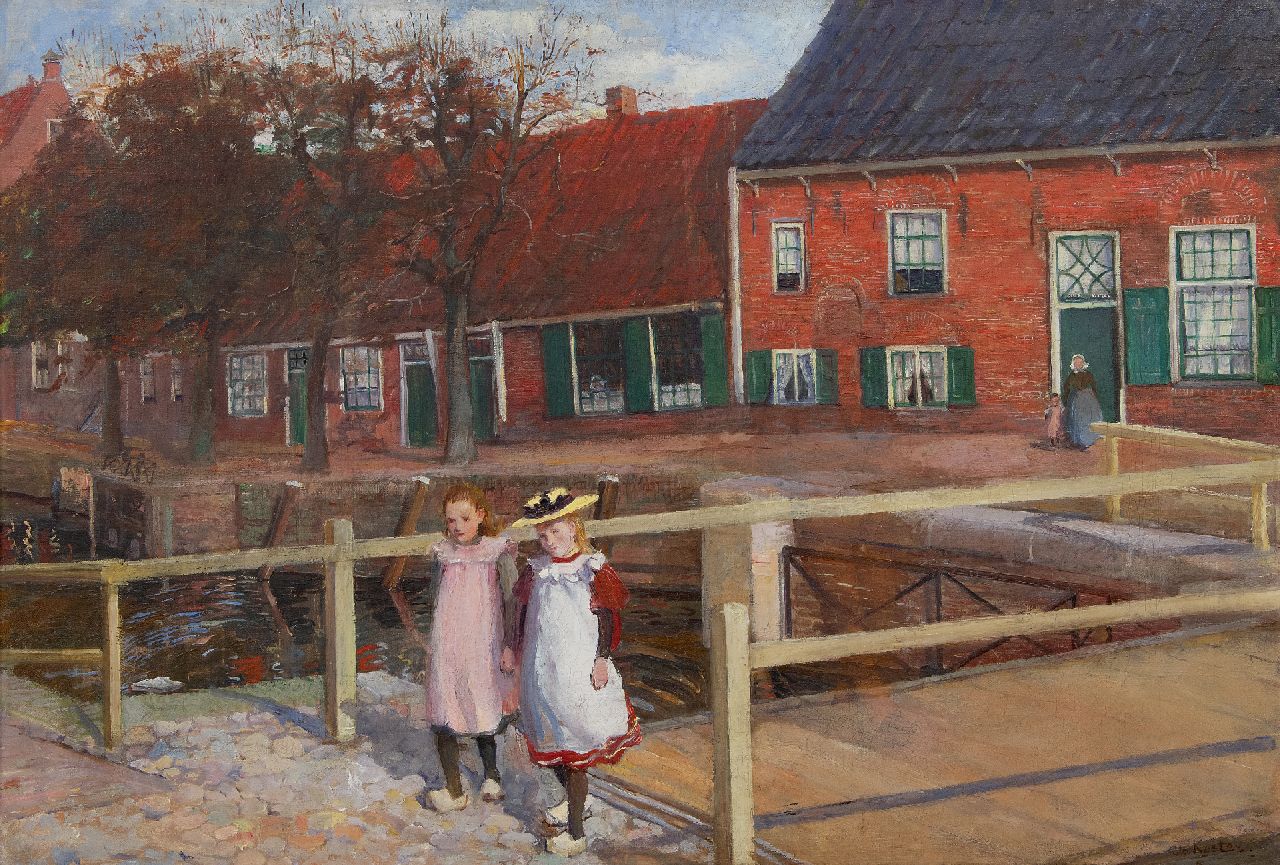 Girls on a Sunday stroll, Hasselt