Born and raised in Zaragoza (Spain), painter Joaquin Pallarés y Allustante found his inspiration in the leisure activities of the wealthy: walking in the park, making music, riding in a carriage or dancing in a ballroom. He learned to paint at the art academies of Madrid and Paris. After working for some time as a teacher at the Academy of Fine Arts and curator of the Museum of Antiquities in Zaragoza, he returns to Paris to paint genre scenes for the Goupil art dealership. His paintings show that he could virtuoso depict contemporary fashion as well as the interaction between the figures. He probably acquired this during his apprenticeship in Madrid, where he became acquainted with the work of Marià Fortuny, who also worked for Goupil in 1866. Fortuny was a painter who painted 'narrative' scenes in a sparkling colour palette. A style that was very popular in Paris and served as a source of inspiration for the Impressionists. 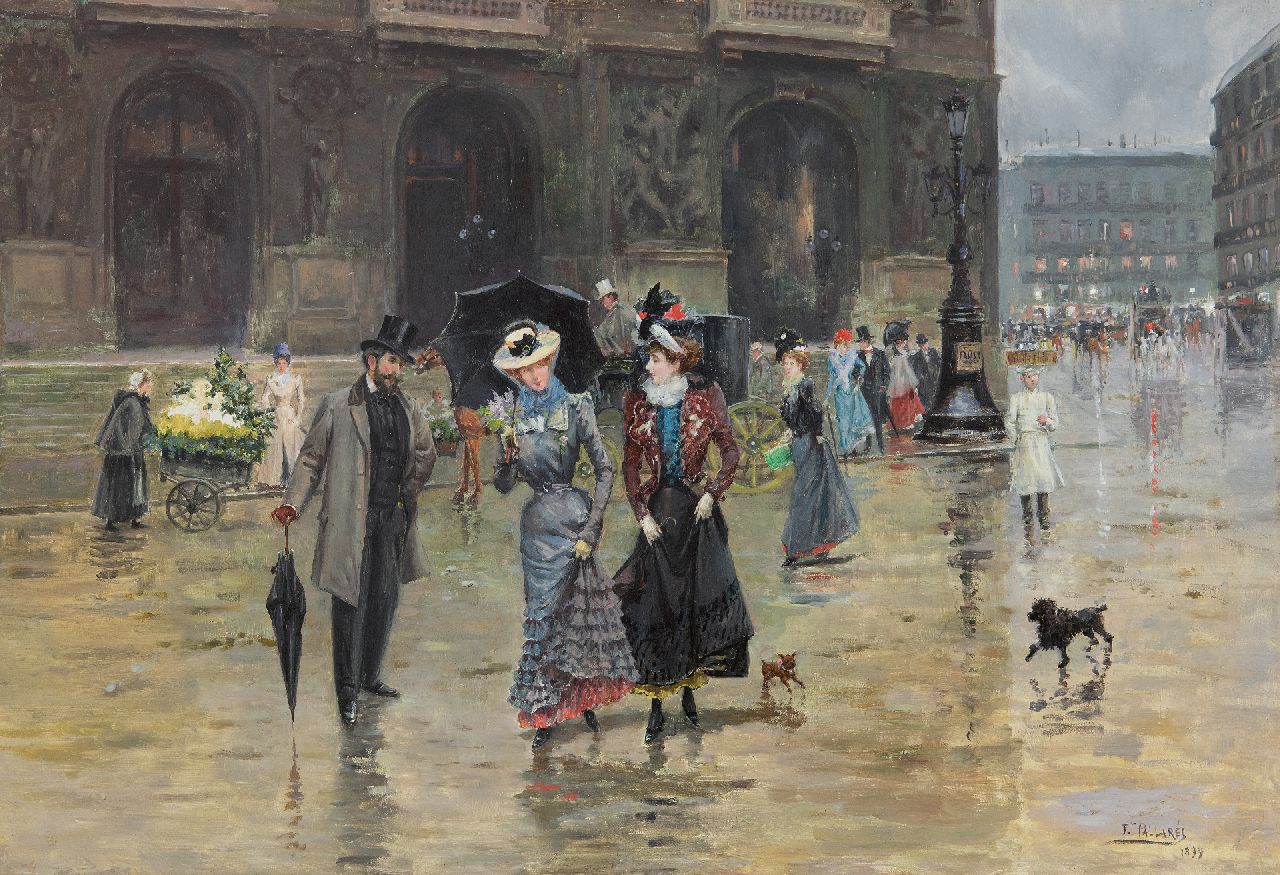 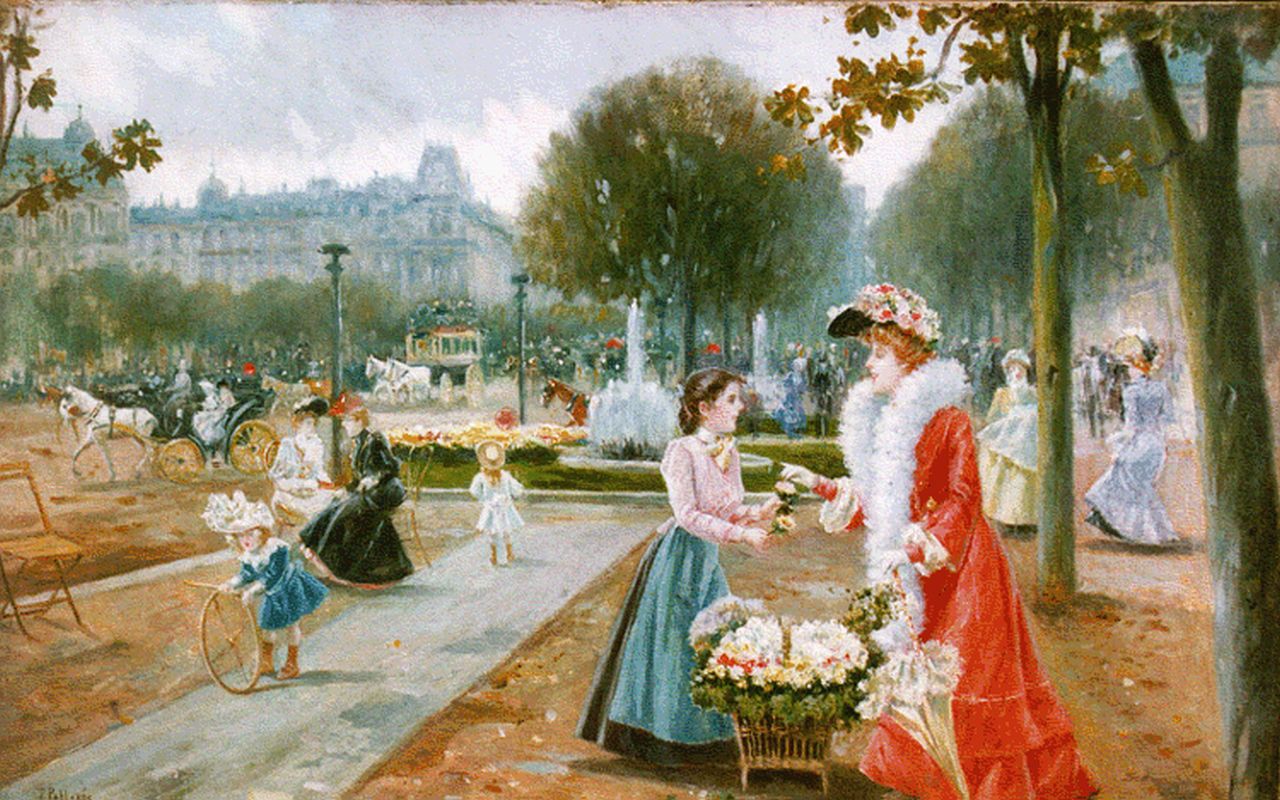