The romantic painters' fascination with the mysterious forces of nature led to the revival of the 17th-century genre of the nightscape, also known as the 'nocturne', in the mid-19th century. For an almost insatiable market, painters such as Petrus van Schendel, J.C. Vaarberg, H.G. ten Cate and Theodorus Abels painted moonlit landscapes and nocturnal markets in which candlelight and open fire were the only light source. Johan Mengels Culverhouse also belonged to this group of night painters. Inns, candlelit interiors, and nighttime market scenes are among his most beloved works. The painter was born in Rotterdam in 1820, left for Paris in 1861 and then traveled on to the United States, where he died around 1891.

for salepaintings by Culverhouse J.M. 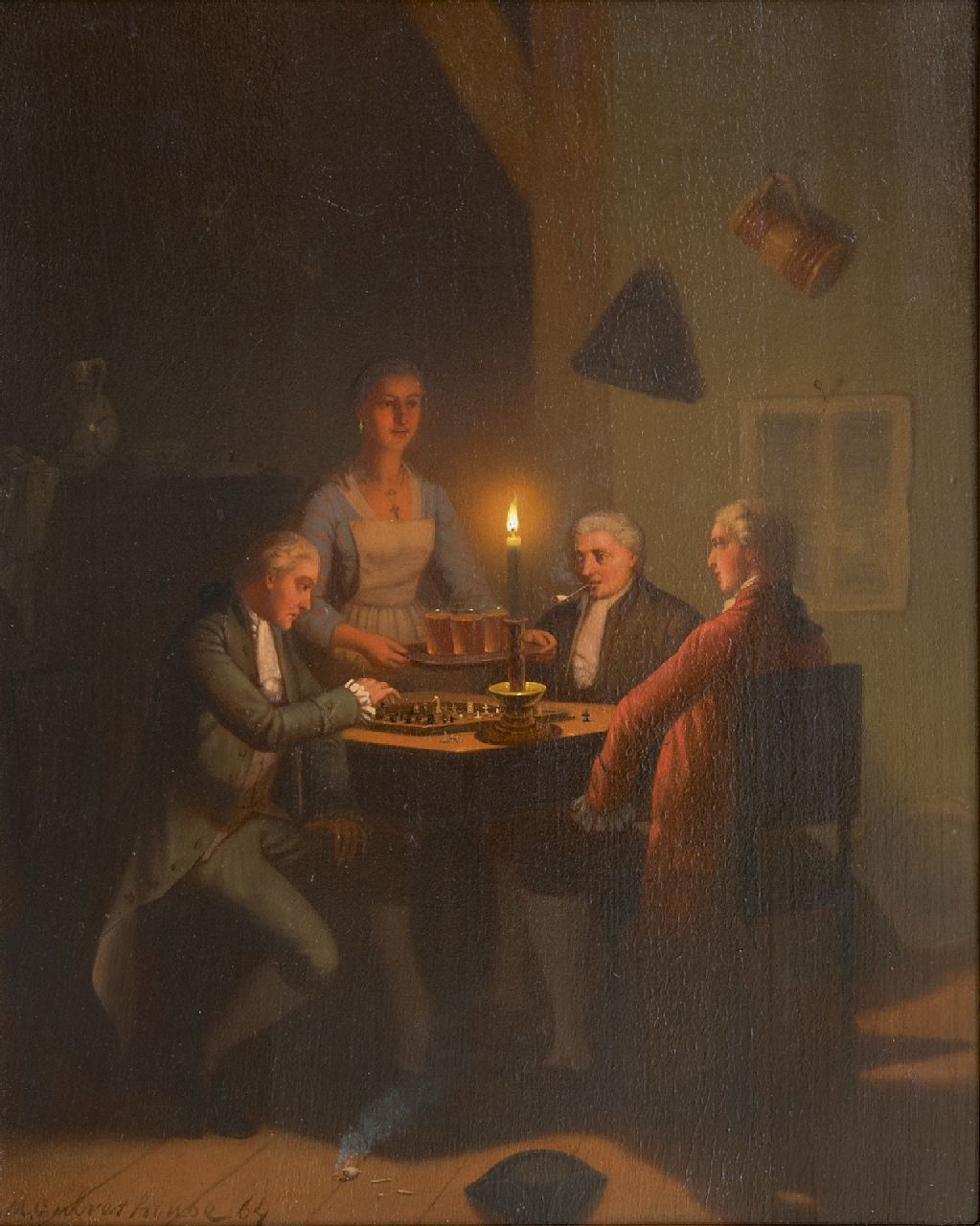 previously for salepaintings by Culverhouse J.M. 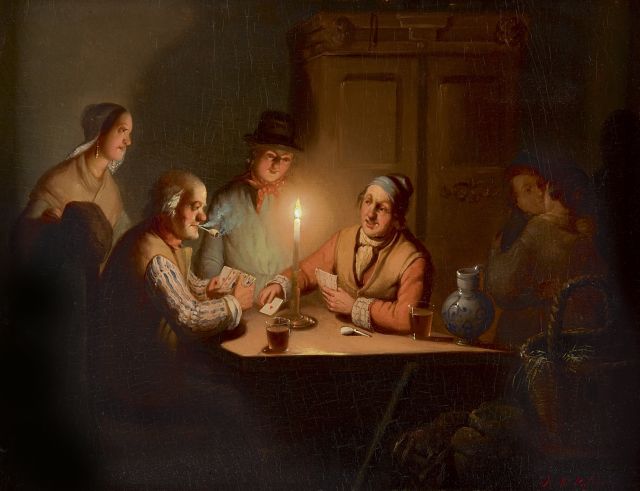 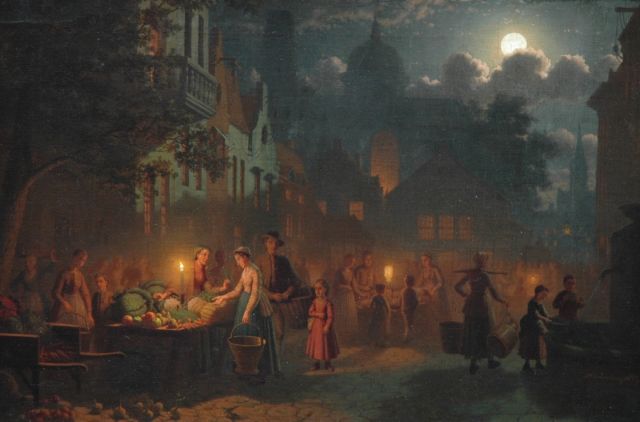