Kleve-born painter Johann Bernard Klombeck is considered one of the most talented students of B.C. Koekkoek. He probably came into contact with his teacher immediately after he settled in Kleve in 1834. Following his example, Klombeck specialized in open, wide landscapes and river valleys with cattle and some figures. In his early years he found inspiration for his paintings in the untouched nature around his hometown of Kleve. He took over motifs, image construction and fine brushwork from his teacher, such that some of his paintings were sold under false signature as a B.C. Koekkoek. To prevent this, he often applied an authenticity statement on the back of his paintings. The landscape depicted here at Kleef, seen from the Kleefse Berg, with the two towers of the 'Stiftskirche' as a landmark, appears as a theme several times in the 1940s. After that, these Kleefse motifs gradually become rarer and he more often opts for forest views in summer and winter, with as eye-catchers a group of majestic, widely branched oaks. Characteristically, the slightly elevated view taken from Koekkoek and the connection of the front and middle plan remain by a path or country road. In the 1960s, the painter regularly worked with the Belgian animal painter Eugène Verboeckhoven, who upholstered Klombeck's forest scenes with figures and livestock. It is known that he also did this for A.J. Daiwaille and Willem Bodeman. 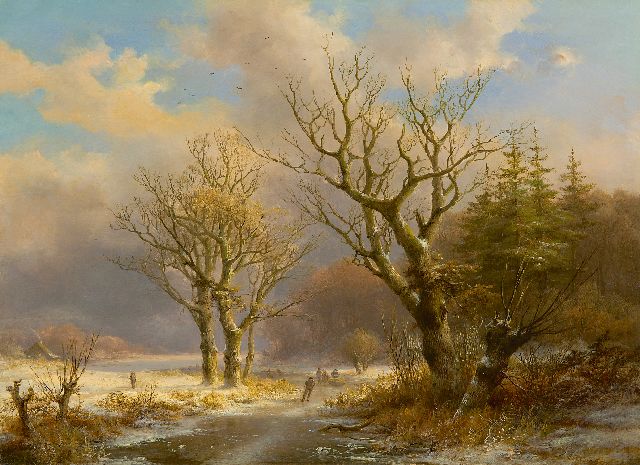 A wooded winter landscape with skaters 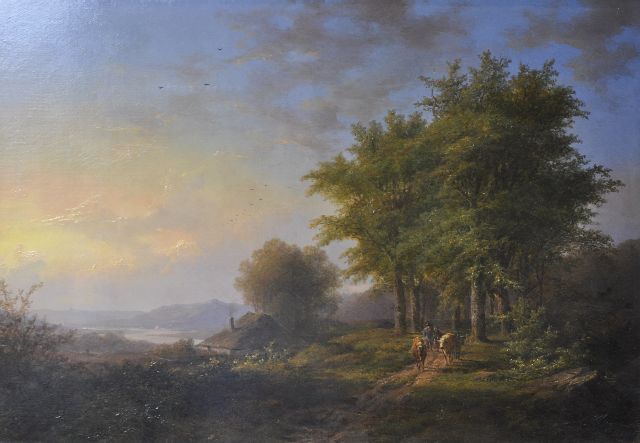 Shepherds and cattle on a wooded path 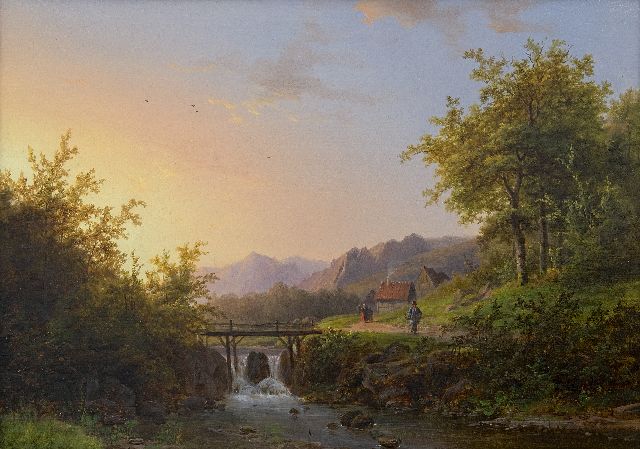 Summer landscape with a stream, 1847 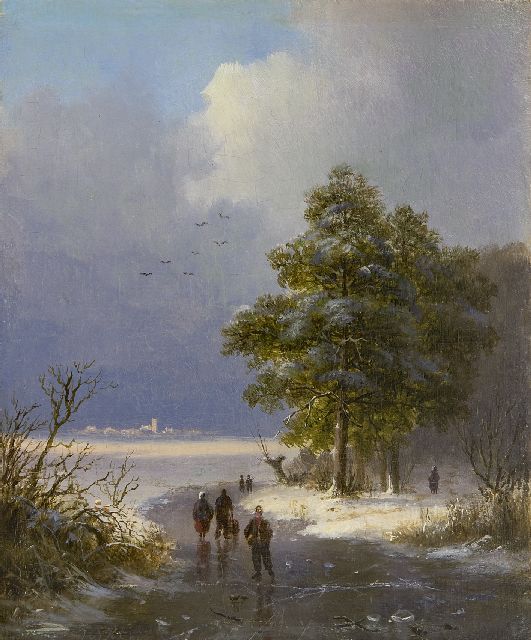 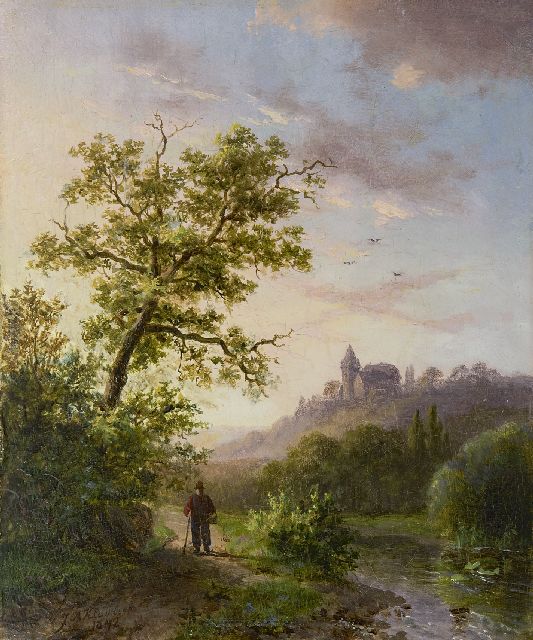 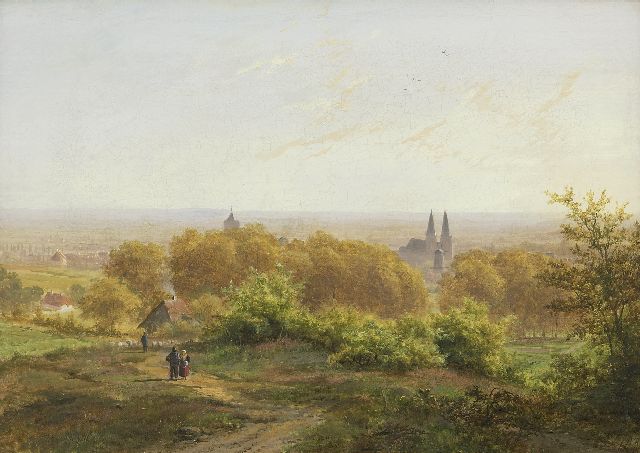 A panoramic view on Cleve, Germany, 1844 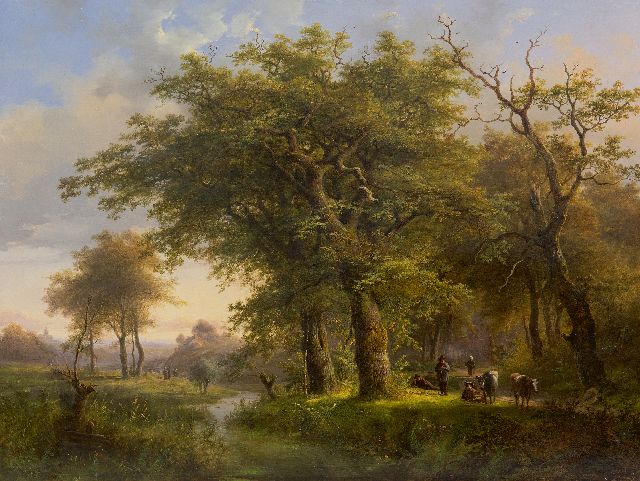 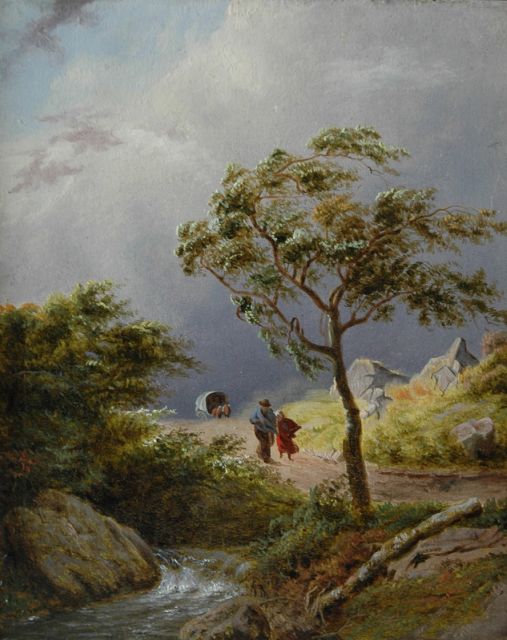 Country folk on a path in a rising storm 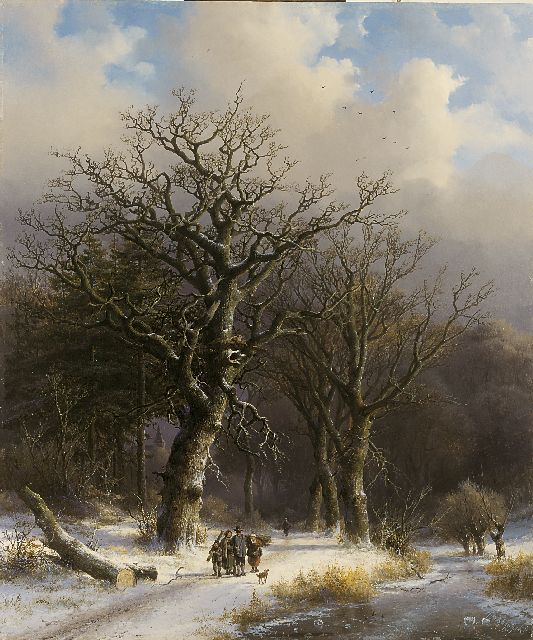 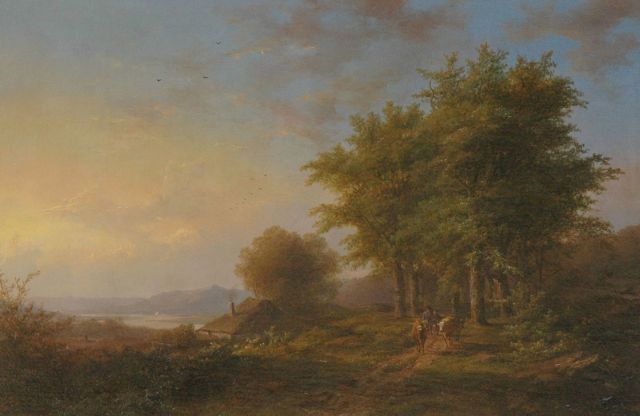 Summer landscape with shepherds and cattle 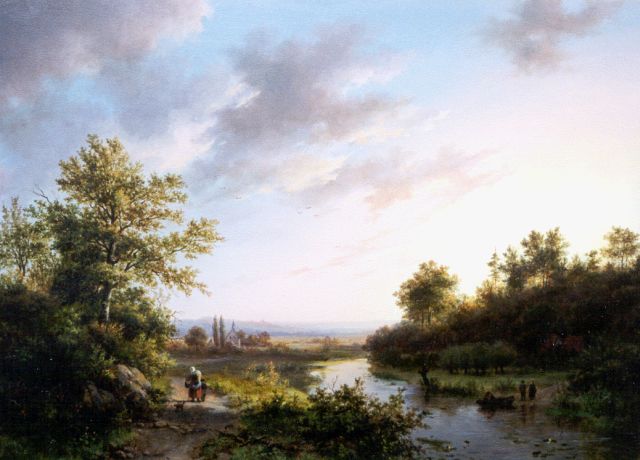 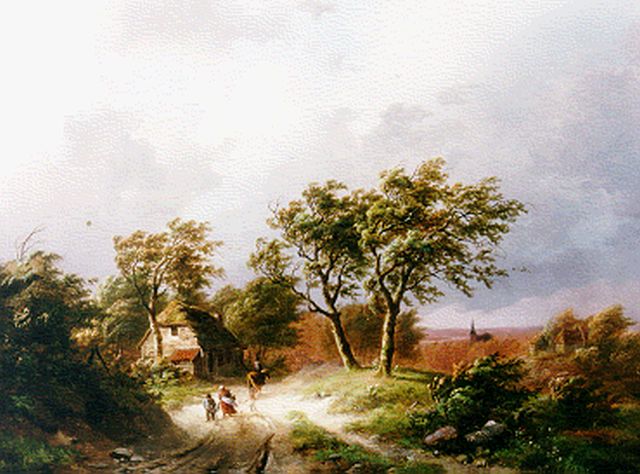 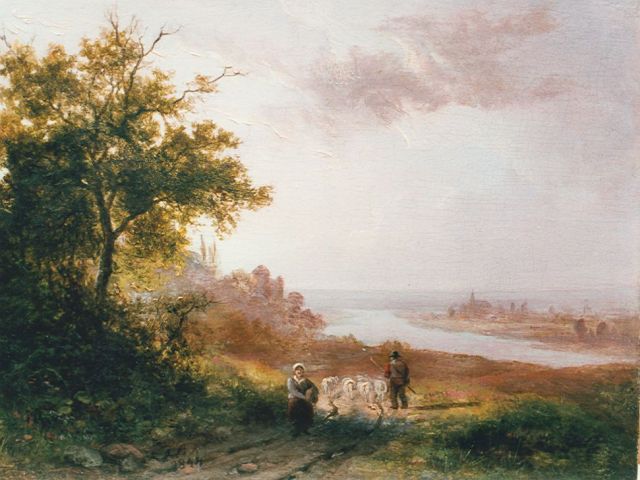 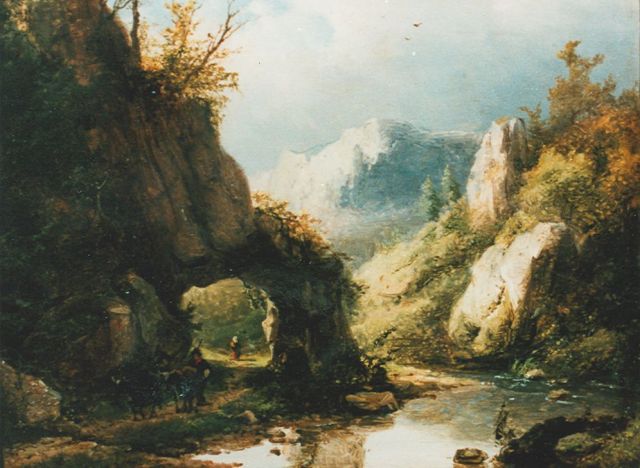 Travellers in a mountainous landscape